Despite making fun of them for their horrific name, new girl group C-Real may be a group to watch out for. Their music isn’t all bad and while they aren’t hitting the scene with a huge splash, they have potential.

Aside from the members, who I’ll talk about in a little bit, the debut song itself…I can’t say I like it or hate it. It’s just too plain and normal. There’s nothing special to even like, hate, or judge. But, N.A.P. Entertainment did announce that C-Real’s album was produced by Choi Kap Won with help from Brave brothers, Kim Do Hoon, Wheesung, P.J., and Shinsadong Tiger. This was definitely unexpected and disappointing. Unexpected because of a lot of famous producers were put into work for this album and disappointing because nothing good came out of it. Like I said, the song is decent but not very appealing to make a name for themselves. And their reason for the top producers working together for C-Real was because they believed that C-Real had the potential and talent to succeed, but so far, I am not seeing anything “special.”

It’s also evident from the MV that N.A.P. Entertainment is definitely giving the spotlight to the girl named Chemi, for she is responsible for half of the song. 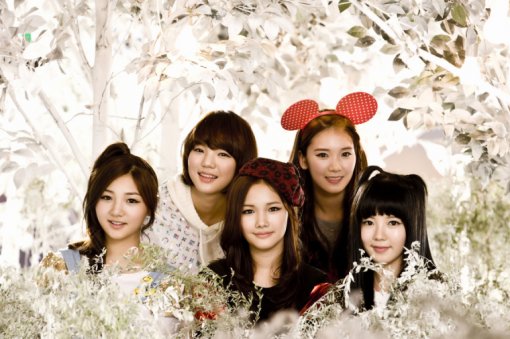 Even though I feel like a lot of people might like Effie or Ann J much better, Chemi is the only one that stand out in the music video as it seems like she is responsible for half of the song. Like many of you said, Effie does kind of look like Yoona from SNSD, and as for Ann J, I think she has a mixed face of HyunA from 4 Minute and Korean actress Hwang Jung Eum?! As for the other two members, there’s the rapper, Re Dee who is responsible for the other half of the song and there’s Lenny, who doesn’t really stand out at all.

But of course, it’s too early to judge and it is not fair to be judged just by the title song even though that’s the most important song in the album. To make it fair, I did take time to listen to all of their songs on their album “Round 1.” The album include 6 songs: “C-Real Intro,” “No No No No No,” “No Thank You,” “그러지 좀 마,” “뭐야 뭐야,” and “내 남자친구에겐.”  As for intro, it isn’t worth listening to. Title song, “No no no no no,” plain, simple. The song “No Thank You,” kind of reminds me of songs from Brown Eyed Girl’s My Style album. Song “그러지 좀 마” is the song that I felt it could be the title song. Song “뭐야 뭐야” really emphasizes the theme of cuteness, and last there’s “내 남자친구에겐” really shows the strong vocal that each members have.

So taking the time to listening to all their songs, I had a change of heart. Now, I do really do believe that they are actually worth checking it out. No matter how stupid their group name may be, I really don’t think they’re just another typical girl group. Maybe not now, but in the future, they might be a bigger hit if they’re given the right material.

What do you guys think?