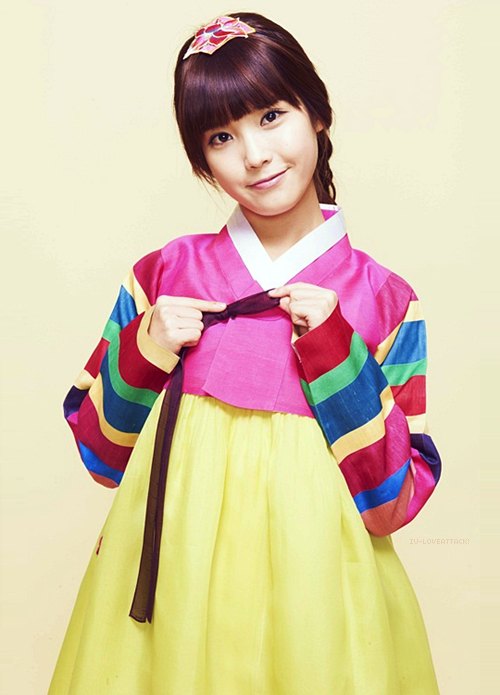 Miss Lee Ji-eun. Korea’s little sister. Current IT girl and the hottest trend over the past few years. The perfect idol among all fans of all ages. Younger girls look up to her. Older women see her as a cute, vibrant girl with simple charms. Men of all ages are her fans as well. (Let’s not discuss why she’s popular with ajusshis, all right?) What’s IU done that’s made her so pristine and untouchable? Inspired by her father and successful school performances, she decided to pursue a professional singing career. We all know her “sad” story with trying to audition at JYP, where she was promptly rejected. Then, IU got picked up by LOEN Entertainment, who took her in with open arms. Like Cinderella, her story is wonderful and enchanting. A few albums, singles that top the music charts, numerous commercials, and a hugely popular drama later, she’s mega famous and did it all without a scratch of serious controversy. Singer, songwriter, musician, actress, TV host, figure skater – is there anything IU can’t or won’t do?

IU is flawless by Korea’s rigid, demure culture surrounding female celebrities. She’s never too sexy, but doesn’t have too much aegyo either. She pulls off her cute image so well, and yet never leans too far with it. IU’s unique charisma and balance of possessing cute, approachable and loveable attributes was even the basis and influence of rookie group C-Real, whom IU has personally supported. She remains relatable and girl-next-door friendly, and struck a chord with young women when her intense, very public crush on BIG BANG‘s Taeyang was outed and displayed in numerous TV shows. Her reactions were very adorkable – who wouldn’t act the same way, right? IU’s even given away Korean rice cakes to her high school’s senior class fervently studying their college entrance exams as a gesture of good luck. Awwww! She’s young, energetic, talented, and backed by a wonderful label who (wisely) focuses on showing off her strong, clear, emotion filled voice as a solo artist rather than hide her skills in a random girl group. No, I’m not saying K-pop groups are bad – quite the contrary. But feeding off of Chloe’s recent article about the slow demise of solo artists, seeing one like IU who flourishes as one is refreshing and helps her stand out as an anomaly, albeit a very good one. 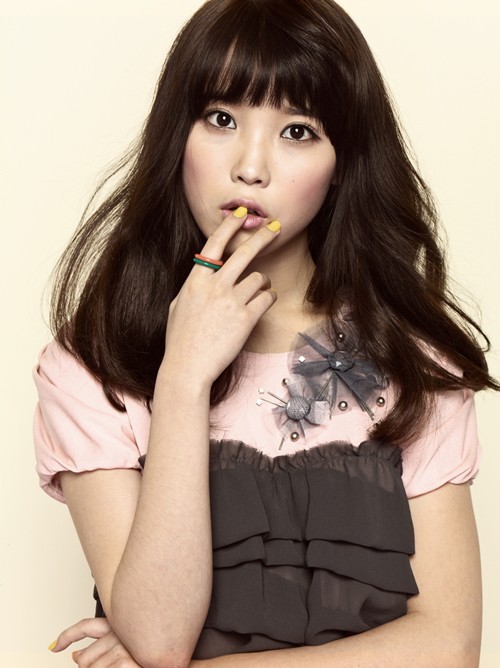 While it seems like she’s been around forever due to her constant public appearances, IU Is actually a relatively new artist. She officially debuted in 2008, but it wasn’t until her single “Boo” in 2009 that catapulted her into super stardom overnight. The next few whirlwind years had her sing the theme songs for multiple dramas and TV shows, record collaborations with other famous idols, score tons of music awards, at least five separate company endorsements, countless fashion shoots, and even some fun covers of other popular K-pop songs. You’d think with her packed schedule, she’s exhausted and possibly cursing her new-found celebrity status. Yet, she’s still able to put on a happy face for her fans, and shines brighter than any solo artist out there.

Even with the few controversies that’s surrounded her career, she still ends up arising from the ashes as innocent as ever:

Regardless of these minor shadows, IU is still the reigning queen of innocence and can simply do no wrong. Has anyone worked as hard as she, given the pressures of constantly being pushed into the limelight? Nevertheless, she’s growing up, and fans are noticing. Will her late November 2011 comeback show this older, mature side of the nation’s dongsaeng? Don’t forget, she’s also going to be debuting in Japan next month – looks like her schedule’s still as busy as ever! Will IU coast by the rest of this year with flying colors? How about 2012? Hey, even the equally pristine Taylor Swift is still flashing that million dollar grin among her recent fake nude photo scandal. I guess with some idols, you just can’t beat perfection.

My only question is: why doesn’t she have her own fan group by now?