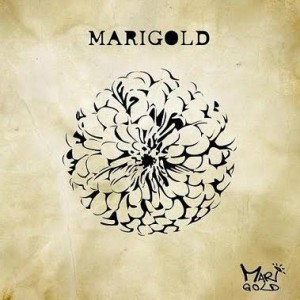 This week’s K-Pop Indie Gem come to you via a recommendation by a Seoulbeats’ reader.  They said that we should check out the band Marigold for the segment, and we’re glad we did–so, thanks for sharing.

Marigold is a K-pop indie band that recently debuted in 2009. They have five members: Jin Hyo (Keyboard), Vin (Guitar), Jun Hee (Vocal), Joo Hyung (Bass), and Jae Woong (Drum). After spending two years preparing for their album, they released their first official album to the public. Their debut album contained six songs, and like many other K-Pop indie bands the band’s members are responsible for all the composing, producing, and arranging of the songs in the album.

3. Marigold
Composed by: Jin Hyo Lyrics by: Jin Hyo Arranged by: Jin Hyo
This song is the title song of their 1st album, and it’s the song that should introduce the style and emotion of the band.

Seriously, I don’t even know where to start. I’ll begin with the title track “Marigold,’I think that any one of the the other songs could have been the title song–they’re that good. I’m not sure why the band chose “Marigold” as their title track especially when the purpose of the title track is to introduce their music to the world–even if the song is named after the band. This song completely lacks uniqueness and it’s easily forgettable to my ears. And, comparing it to all the other songs in the album, it really makes me question the reason behind this choice. But, the band is new, and most of you probably have never heard of these songs. So, I would definitely recommend not judging them just by the title song. Take time and listen to the other songs because they are not bad at all.

If these songs aren’t very familiar at all, then maybe  you have heard of their single, “Good Bye” from the K-drama A Thousand Kisses? It seems like this song was what put Marigold on the K-indie map. Because the band is still very unknown, they can be only seen performing on the streets of Hong-Dae where all K-indie bands start their career. It seems like they haven’t had much luck with their career so far because it’s been 2 years since their debut, and not many seem to know anything about them. Of course, this is very common with indie bands and it won’t be long until we see the bands who were once performing on the streets of Hong-Dae on live TV.  So, if you’ve liked what you’ve heard, keep showing your love to Marigold because I swear it’s the fans who really help these K-indie bands to go forward with their music.