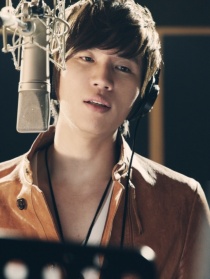 Welcome to this week’s Seoulbeats Roundtable!

Although we may yearn for ideological objectivity as critics, it is undeniable that our individual biases are largely of a subjective nature. While lists and polls crowning certain idols as the most talented in their respective fields provide plenty of fodder for debate, the reality is that oftentimes our preferences (which shape the criteria by which we judge) are based less on an intellectual basis than on an emotional one. Sometimes our favorites — the ones that just seem to click into place — may not necessarily what others may reason to be the logical ‘best’, yet at other times, they align together to show that talent, indeed, does matter.

The question that we asked our writers this week was: Which voices in K-pop are your personal favorites?

Fannie: These are the people whose voices captivate me in K-pop:

I tend to like voices that are warm and carry emotion. These qualities are much more important to me than vocal range or power… if I’m disinterested in a singer’s voice at moderate range, I really could care less about how many ‘power notes’ they are capable of belting out. I also can’t stand it when people over-sing (a la “Twinkle,” although I do enjoy the subunit as a whole).

Nabeela: My favorite voices in K-pop are those that are unique. Voices that stand out and grab my attention typically end up being the ones I like most, and that is probably because there are so many idols and idol groups out there with so many generic sounds. On my list of vocals to die for are Jun.K (no surprise there), G.O., CL, Ga-In, Park Bom, Yoseob, Junhyung, Hyuna (believe it or not), IU, Kahi, Bang Yong Guk, Daehyun, (I really want to say Zelo too but he is also 15, so…I’ll let him grow up before I actually decide…) Ryeowook, Sungmin, Eunhyuk, Zico and Yonghwa (who by the way has been looking major fine these days).

I know it’s a lengthy list, but I do listen and critique a lot of music. These are artists who just sound very distinct to me, and that makes them a little unforgettable. When you listen to songs on an iPod or in your car, you can easily put a name to face because of how unique the pitch or tone is, and I think that goes a long way in not just selling music but also making a name for yourself as an idol in ever expansive industry. 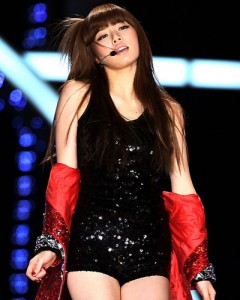 Amy: Wait, hold the PHONE, Nabeela. You gotta explain that Hyuna one to me. Really, really explain.

Fannie: Sorry Nabeela, I actually enjoy Hyuna as a (solo) performer, but her voice… like Amy, I also gotta raise an eyebrow at you.

Nabeela: As much as Hyuna appears practically useless even to me, I love the pitch of her voice. And yes, c’mon, we all know she is no vocalist, but she raps kind of okay. If it wasn’t for her, I would never be able to tell apart 4Minute‘s music from say, another mediocre girl group. Hell, most of the time I feel like Hyuna is better off as a solo act. I’m not saying she is my favorite because she’s like mad talented or something, but her voice has this huskiness to it, even for as high a pitch as hers, and I love it. Trouble Maker turned me from a Hyuna-hater to a Hyuna-lover practically overnight.

Okay, so “Hyuna is a guilty stupid pleasure” is basically what that useless paragraph I wrote just now says.

Johnelle: My favorite voice in K-pop is Big Bang‘s Daesung. I love the timbre of his voice– it’s so rich and smooth. I can’t wait until he releases his solo album this year, well it’s supposed to be this year. Other singers I like who have great rich vocals include SHINee‘s Onew and K.will. The gravelly growls of T.O.P. and Bang Yong-guk also get me every time. Other male voices that I can listening to over and over again include Se7en, Jaejoong, and Heo Young-saeng. I also think perfection every time I hear Yonghwa and Jonghyun play off each other’s voices in a CN Blue song. Another great example of this harmonious perfection in a band would be Im Heon-il and Jung Joon-il of Mate.

As for the females, my favorite would be a tie between Minzy of 2NE1 and Yenny of the Wonder Girls. I just think that they both have really well rounded vocals. I also really like Bom‘s voice– she’s not necessarily the best singer in K-pop, but there’s just something distinctive and quirky about her voice you gotta love. Other females’ voices I admire: Jea and Miryo of the Brown Eyed Girls, SNSD‘s Taeyeon, SISTAR‘s Hyorin, T-ara‘s So-yeon, and Lee Hae-ri and Kang Min-kyung of Davichi. And this might just be my bias speaking, but I love Hyori‘s husky voice. I also have to say that I really love the voice of K-pop Star’s Lee Ha-yi. 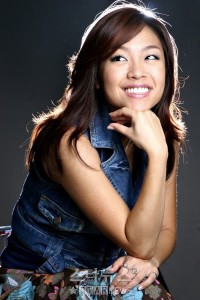 Dana: Hands down, my absolute favorite voice in K-pop is 8eight‘s Joo-hee.  I cannot understand for the life of me why she doesn’t get more recognition for being completely and wholly fabulous.  She hits every note and has superb range — and she sounds killer live.  Girl never needs an MR to back up her high notes, because she’s got it covered.  I love her harmonizations with 8eight, but part of me dearly wishes she would go solo, or at least record more OSTs or singles on her own.  For me, there’s never enough Joo-hee.

I also worship at the altar of Park Jung-hyun (Lena Park). Her first performance on “I Am A Singer” literally gave me goosebumps.  So much soul and so much power — I don’t think anyone in K-pop can belt quite like she can.  While I like her studio albums, I’d much rather hear or watch her live, because her voice takes on a totally different character when she is in front of an audience.  Incredibly unique and (to my ears) absolutely perfect.

And maybe this is just me, but I never for a second thought that SNSD‘s Taeyeon was overrated — watching her through this round of promotions for “Twinkle” has thoroughly convinced me that she’s just a tremendous singer all-around.  I truly do love the sound of her voice (and that’s not just my overwhelming bias speaking).

Aaaaand if Nabeela is allowed to have a guilty stupid pleasure (but really, Hyuna?  That could only have been made worse by adding the vocal mess that is Goo Hara to the mix), then I am, too — and of course, it is Tiffany.  Her control is definitely questionable, but at least she sings with palpable emotion! 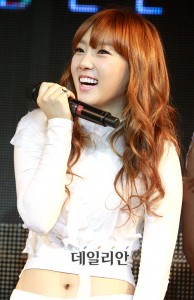 Fannie: I have mixed feelings about Taeyeon‘s voice, I think it’s lovely at times (“If” — from the Hong Gil Dong OST — happens to be one of my favorite songs) but I feel uncomfortable with the way it’s being used in SNSD for the majority of the time. I don’t think her voice was built for continuous belting, although that is not to say that she isn’t capable of doing it (at least for the short term), because she is.

Amy: Yeah, I feel like what SM is making Taeyeon do to their voice is the same thing they’re making Jonghyun do and boy do I fear for that boy’s voice. It is severely being abused in a way it should not be, and I know it takes a lot out of Taeyeon when I watch her sing and belt those notes. There’s also just no musical reason for them to keep doing those adlibs in those songs. The songs they’re adlibbing for can be done without.

Maryse: I fell head over heels with Kwon Jung-yeol‘s vocals ever since I was introduced to 10cm by Kim last July. There’s just something about his voice that oozes with so much pleasure to your ears, it tingles and leaves a lingering feeling in you. It’s so hard to describe how amazing his vocals are, you’ve got to hear it for yourself (0:41 onwards). His vocals are just so… heavenly.

Bethany: My favorite voices in K-pop include both CN Blue’s Jonghyun and Yonghwa. Even though my bias in that group is Yonghwa, I love the smoothness of Jonghyun’s voice. I also really adore Yoseob’s voice — he has amazing control over his vocals. And of course, Daesung and Taeyang‘s lines from any Big Bang song never disappoint.

In terms of female singers, I really love Ailee‘s voice because I’m partial to R&B. When it comes to Taeyeon, even though I think she’s a great singer (and a big part of why SNSD is super popular), I’ve only really liked one of her songs from an OST. I don’t think she’s overrated because I’ve seen her hit some really impressive notes live… But her vocals are just not my cup of tea. 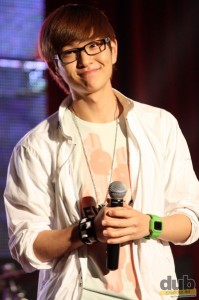 Kimberley: I listen to more K-indie than K-pop though, so my names will be a mix.

My favourite male vocalists would be Jung-yeop, Onew, John Park, Lee Hong-ki and Urban Zakapa‘s Park Yong-in and Kwon Soon-il. I’m into vocal tones that (could) do well in both jazz and pop. When I think of descriptive terms, my mind often conjures up words like “depth”, “solid” and “thick”. I’ve tried coming up with more concise phrases but I’ve never been able to. Never studied music! Anyway, I also look for that smooth, lilting quality. I think these guys possess that.

In terms of female vocalists, my picks are Baek Ji-young, J, Winterplay‘s Hye-won, Zhang Liyin, SNSD’s Tiffany, f(x)‘s Luna, Urban Zakapa’s Jo Hyun-ah and Yoon Mirae (totally blown away after seeing her live performance today). They’re kinda varied, if you ask me. I guess I base my favourites on songstresses’ whose songs sound really good when sung at the karaoke. I also lean towards husky voices. Similar to how I’ve sifted out my guy ear-candies, I think that jazzy/poppy quality separates these girls from the rest — I’m hoping that some of these ladies will take on something like that, if they haven’t already done so.