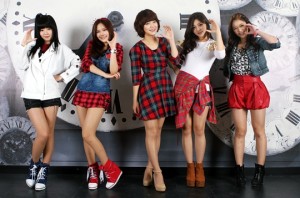 You’ve heard it before, C-REAL (otherwise known as the 5-IU idols) from N.A.P Entertainment have so much potential. Everyone has said it since their debut, great voices but a lack of proper marketing and song selection. The right hit for these ladies still hasn’t come, but “Danger Girl” is a different direction for them and it isn’t a bad one. “Danger Girl” is an up-beat dance song, which is a genre more easily marketed to the public than a ballad, even if their ballad singing is impressive, but the “candid” MV isn’t as interesting for the public, so once again C-REAL slightly misses the mark for a big hit.

As far as “candid” MVs go, this one is pretty believable and even shows a few things that aren’t upholding the idol perfect image, which made it feel even more real. There are shots of them eating, laughing, some shots where a member is making a decidedly grumpy face, and some shots of looking in the mirror assessing their body frame, but when maknae Lenny looked in the mirror and sized up her V-line with her hand I just wanted to shout at the screen “Hun, you’re adorable, leave your chin the way it is and don’t get plastic surgery!”

Speaking of image, it is a well-known fact that this group has members often compared in looks to other famous idols such as SNSD’s Yoona and 4minute’s Hyuna, and the resemblance is so striking that it causes one to wonder if they haven’t had plastic surgery already to achieve those looks, or maybe I’m just K-pop jaded. The overall focus on make-up and hair and imagine in general in the candid shots isn’t surprising, since they are preparing for a photo-shoot, but it certainly doesn’t help dispel any of the stereotypes of idols wearing pounds of make-up to achieve their image. 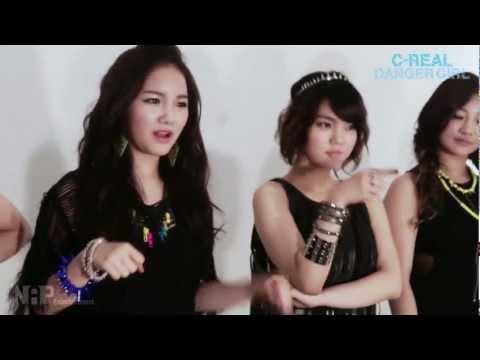 The stylistic look they have for this MV is certainly an improvement from “No No No No No” and “Joma Joma,” but it does have the awkward too many accessories and mismatched items feel, à la f(x), for the one set of outfits. The other set of outfits they wear, combined with the styling of their hair, is probably the best they have ever worn in any MV. The outfits were a little more mature and classy, but not over the top sexy, which suited the five girls.

The black fringe dress worn by leader Chemi was stunning and looked excellent on her, especially combined with her cute haircut and edgy headband. The knee-high black boots on Effie were a bit much; although they are stylish, perhaps they weren’t the best choice for a teenage girl. Their hair color was all natural, which may be the companies way of sticking to their young, innocent image, but whatever the reason it definitely suites them and neon hair simply isn’t necessary for the group’s image. The member’s haircuts are also tailored well to their face shapes, bringing out the natural beauty for each girl. 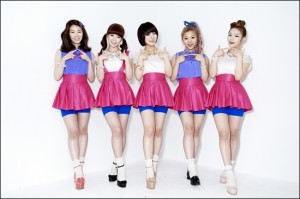 The message in the lyrics is a bit immature, but C-REAL is young, and the feel of the song and MV suites teenage girls. Getting back at your ex-lover isn’t an unusual feeling, and expressing it in a slightly bratty way is typical of 16-year-old girls so its age appropriate as a whole, even if it doesn’t have a deeper emotional meaning. But be warned, next time someone makes you mad and you tell them “watch out, I’m the danger girl” it probably won’t come across as the hard-hitting warning it was meant to be. The song has the perfect beat to be catchy, a good amount of sing-along English phrases for international fans, and cute sounding Korean, but overall it is a generic pop song, nothing more special than any other dance track that has come out recently. 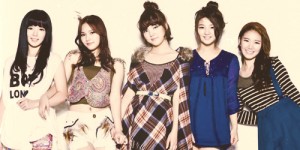 The sound of the song has the most popularity potential out of the tracks C-REAL has promoted, but in the end, the same thing can’t be said for the MV. I expect this type of “candid” follow the members around MV from a group after they have created a fan base to pander to, not as much when they are a newer, and lesser known, group. If C-REAL is going to break into the industry they need a catchy, relatable song and an MV that is equally addictive to watch, and the “Danger Girl” package simply isn’t it, but it isn’t too far off either. It seems like C-REAL is having trouble finding their niche, but when they do we can be rest assured they will get the attention they deserve. At least the MV wasn’t as awkward as some other ones released recently.