From Sexual to Sensual

When I first got into K-pop, I was wary of a lot of girl groups since I was uneasy with the whole cutesy to the point of infantile vibe they gave while still aiming for sex appeal. I watched with interest as K-pop began to depart from ‘cutesy’ and go towards the more overtly sexual and different groups pushed different boundaries. So When 2011 heralded the release of stuff like Rania’s “Dr. Feel Good” and HyunA’s “Bubble Pop”, I thought they were the ultimate signs of the future of a lot of girl groups – super blatant doses of female sexuality. However, after listening to/watching the past few comebacks from female artists, I’ve been noticing the opposite – a gradual shift away from overt sexuality to a more understated sensuality. Though it might be a bit too early to label it a trend, there is definitely a difference in not just the visuals but also the overall sound of releases from female groups that are really interesting to notice.

Choreography-wise, instead of the leg-spreading and booty-popping, there seems to be more of an emphasis on displaying the sensuous shape of the body without evoking an explicit image. EXID’s “Every Night” is a great example of this, with its abundance of slight hip swaying and body rolls, and Rania’s “Style” focuses more on synchronized glamorous posing and strutting instead of the extremely crotch-focused movements they had in “Dr. Feel Good” and “Pop Pop Pop”. And the choreography in Sistar’s “Alone” is the epitome of sensual, with that classic leg move really highlighting their figures without being as in-your-face as the more explicit ‘tail dance’ in “So Cool.” 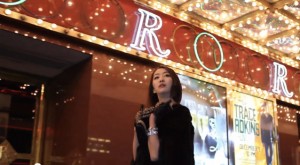 Outside of the choreography, the visuals of these videos seem to follow this trend of a more understated sensuality. As one of our reviews points out, EXID’s visuals had a simpler color palate and black and white outfits that showed off their frame. The music video for “Style” highlights Rania’s figure mainly through the multiple catwalk-style shots and silhouettes of the members, while having an overall cleaner feel than the really gritty visuals in “Dr. Feel Good”. And the sleek and chic Vegas scene of “Alone” definitely added to the overall feel of sensual seduction in a way that the scenery of Sistar’s previous music videos never could.

In addition to the visuals, there also seems to be a shift to a more understated smooth/sultry sound. Again, EXID’s “Every Night” and Sistar’s “Alone” display this well, and though Rania’s new song isn’t exactly sultry, it definitely has toned down from the brazen, dirty sound of “Dr. Feel Good” to something a lot sleeker. And as one of our writers pointed out, Ga-In’s “Talk About S” album, while known for the sexuality featured in “Bloom”, is actually full of a sensual sound in songs likes “Tinkerbell” and “Tiredness”. Heck, even the sex symbol that is HyunA was subjected to a more sensual, understated sound in “Troublemaker”, which I personally think complemented the choreography quite well and made the sex appeal seem less overdone than that of “Bubble Pop”. 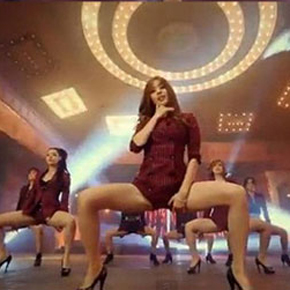 Speaking of HyunA and Ga-In, their new music video releases seem to fly in the face of the potential sensuality trend. And Secret’s “Poison” has enough leg-spreading and pelvis-shaking to land them in the same controversy as Rania during Dr. Feel Good. Could they be the better examples of what’s to come? I think not, as their choices seem to represent the artists adopting/affirming a niche in the K-pop industry that other female stars can’t emulate. HyunA is fulfilling the role of Korea’s up-and-coming sex symbol after Lee Hyori while Ga-In is continuing her image as a more avant-garde idol who is pushing the boundaries of female representation in K-pop. And as a previous writer pointed out, Secret’s “Poison” is affirming its niche as a retro band that works best with sass and sex appeal (versus its less appealing aegyo days).

As no other female K-pop stars are currently filling any of these niches, it is in these artists’ best interests to stake their respective territories and use them to stand out. And this involves actively honing in on and promoting their sexuality in a way that would be difficult for other female singers to pull off without threatening/tainting their image in the industry – idols from more ‘cutesy’ bands would never be able to get away with the choreography/lyrics found in “Ice Cream,” and even less would be able to depict something like masturbation and losing their virginity without getting stoned by naysayers. But for the females in K-pop that have yet to find their niche, sensuality is a much easier go-to concept since it allows them to present themselves in a physically appealing way without stirring much backlash or judgment. Perhaps after all the banning and the upgrading of censorship, bands like Rania are starting to play it safe to ensure success in an industry they still haven’t developed a strong footing in.

Of course, I could be completely wrong about this trend. And honestly, I’m not exactly sure how I feel about a change from sexual to sensual – sensuality is nice, but I also miss Rania’s raw and raunchy power in their Dr. Feel Good days, and I love seeing Secret own their sexuality in their music videos (despite it being cheapened by the way it was filmed). Either way, it will be really interesting to see how the display of female sexuality in K-pop progresses and which boundaries concerning sex appeal will be pushed.