Editorial note: This entry was written prior to the release of Born Pink.

Wowie, it’s already September! This means several fall comebacks will come to start the season off, including Black Pink’s much-awaited full-length album Born Pink. If we are taking Jennie’s words to heart, then I truly do hope that it includes music, concept, imagery, and most importantly an imagination that they never pursued before.

Arguably, their pre-release track “Pink Venom” drew mixed results, with some proclaiming it rehashes the same formula and others still enjoying the creativity behind it. I for one am finding it to be more and more addictive with every listen — yet, it’s not as golden as “Whistle,” “Playing with Fire,” “Ice Cream,” or “Lovesick Girls” was in my book. And I can’t deny that it does, indeed, follow a formula in terms of structure, singer pattern, etc. that can grow pretty predictable.

Though it’s worth questioning why Black Pink has been straying away from singing much about love since their earlier years. Yes, the aforementioned tracks were very popular love songs, and they boosted the group to new heights. However, most of their songs released afterward have, one after the other, all attempted to cement the “no one can knock me down, I’m a bad bitch” vibe (whether through lyrics, concepts, or both). Overtime, this approach has become the face of Black Pink, which stirs either greater attachment or disappointment. While this could be played off very well in itself, overusing it can lead to a decline in expectations or pleasant surprises (which “Lovesick Girls” and even Rosé’s lovely B-side “Gone” certainly provided in a timely manner previously).

All this to say, I believe Black Pink can pull off love songs and should be allowed to once more!

Xdinary Heroes‘ first mini-album, “Hello, World!“, will probably end up as my most-played album by the end of the year because I just couldn’t get over how amazingly cohesive the album is. Same with Victoria’s review, my favorite is “Strawberry Cake” and I remember how the song gave me chills, especially at Jooyeon‘s brilliant display of vocals in the chorus (He does remind us of Young K of Day6, doesn’t he?). I am expecting much for their sophomore mini-album this coming November, so crossing my fingers that they won’t disappoint.

Since then, I finally gave in to the charms of the band. I could finally call myself a fan—a Villain, as was announced as their official fandom name. They have quite a knack for variety as seen in their own variety show, “XH’s Rock the World,” and their cute and hilarious attempts to do a dance cover of their own title song. But when they are in their element, they impress with their solid covers. I highly recommend watching their covers of Stray Kids’ “Hellavator” and Exo‘s “Love Me Right“!

As a big Iz One fan, I was ecstatic to hear the news of Chaeyeon preparing for her solo debut next month! I’ve been giving WM Entertainment the side-eye for not debuting her sooner after the group’s disbandment but am glad to finally have my worries put to rest and can’t wait to see her on stage again. By the looks of the teaser video for the album, I’m expecting a Halloween concept of some sort, a fitting theme for the month of October. With Chaeyeon, Eunbi, and Le Sserafim all releasing new music in the same month, my WIZ*ONE heart is filled with glee and excitement.

Another topic that got my attention was Mimiirose’s recent debut, initially because the group was formed by veteran singer Im Chang-jung and also because of their company’s strange promotional strategy for their first single. The group officially debuted on September 16 but instead of a music video for title track “Rose,” a half version of the video that ends after the song’s first chorus was released while the full version was uploaded about a week later. While this isn’t out of the ordinary for J-pop records, it’s certainly unexpected within the K-pop sphere. A more established act would probably be able to pull this off, but for a rookie group that has yet to capture an audience, this marketing tactic seems to do more harm to their momentum rather than prompt further interest.

On the bright side, the song itself is a solid start for the group. “Rose” is an enjoyable pop song with a bright chorus and Eastern strings throughout that give a mysterious undertone. The members’ vocals sound strong and unique, and their performance on stage appears confident. If their debut single is anything to go by, I’ll be looking forward to what Mimiirose shows us next. 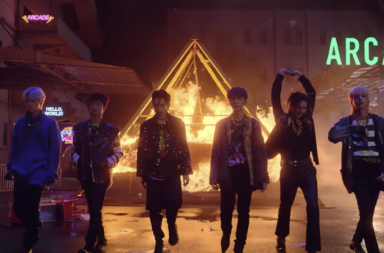 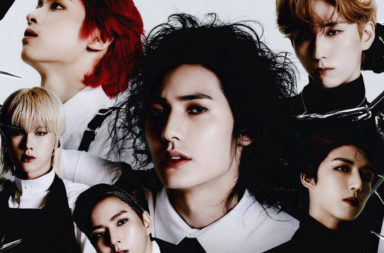 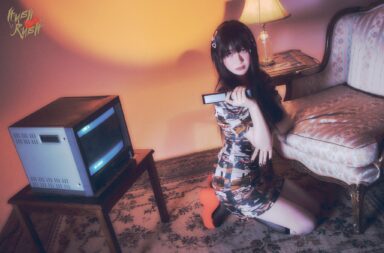