Black Pink's "Square Up" Is A Let-down 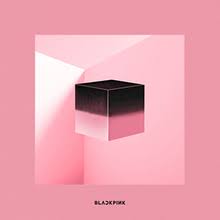 It’s been almost two years since Black Pink debuted, which makes it rather shocking that Square Up is their first EP. This mini has been a long time coming, and Blinks have been waiting with baited breath. After such a lengthy delay, the expectations for Square Up were sky high. And were those expectations met? Not in the slightest.

As I’ve stated in previous reviews, the first mini is often lackluster, but Black Pink doesn’t have the excuses that other groups have. They aren’t trying to break into a crowded market, they aren’t struggling to carve out their identity, and they should have money and effort behind them. This is a group two years into their career, putting their first mini into the world.  There is no reason for Square Up to be a rushed, sloppy mess, and yet, here we are.

Square Up is a massive let-down. Composed entirely by Teddy, the primary sonic influences are of relaxed, laid-back  EDM fused with aggressive and ill-fitting beat drops. The parts of the songs do not come together to form a solid, cohesive whole. The vocals are constantly drowned out due to poor layering and mixing that favors loud over balance. The songs are uninspired; generically calm and chic while relying on a single element to give energy and memorability.

These elements, such as the woodwind in “Ddu-du Dd-du”, the synth line in “Forever Young”, and the reverb and backing vocals on “See U Later”,  always come off as out of sync with the songs. “Forever Young” gets bonus points for not only having a squealingly sour drop that doesn’t fit with the exuberant aura of the verses, but a sudden breakdown that cries “Black Pink is the revolution” before devolving into chanting that doesn’t mesh with either of the preexisting musical tones. It’s like someone hot-glued the planned intro to the end of a B-side.

The other more unusual choices are better than that breakdown, but not by much. “Ddu-du Ddu-du” sounds like someone swallowed a slide whistle and is now having the Heimlich maneuver performed upon their person. There is a perpetual shift from the relaxed, confident verses to the loud, overly-trendy choruses. As a result, listening to Square Up feels like you’re constantly being pulled out of one song and put into another. The more distinct aspects of the instrumentation sound not unusual so much as out of place. And honestly, that sums up the entire issue with Square Up — it sounds out of place in the year 2018. 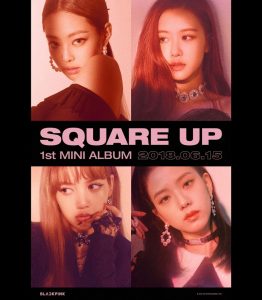 Square Up certainly sounds like Black Pink’s debut EP, in that everything about it sounds like it was recorded at the time of Black Pink’s debut. The drops are straight from they heyday of the Chainsmokers. The genre that shows the most presence and influence is tropical house, which showed up in earlier Black Pink hits, such as “Playing With Fire” from 2016. Then there’s the album standout, a low-key trop house banger called “Really”. It’s an absolute masterpiece, but there is not enough side-eye in the world to convey how much that song was written when a certain song by a certain labelmate became massive in 2016. It sounds as if the songs were written or recorded two years ago, and at no point did anyone attempt to improve the material.

Honestly, that 2016 aspect of  Square Up just amplifies the already existing problems. Sloppy and poorly mixed is one thing, sloppy, poorly mixed, and dated quite another. It indicates to the audience that YG Entertainment does not care about Black Pink as a long-term group. They did not bother trying to give Black Pink a solid musical footing; instead choosing to release inferior music from two years ago. It comes off as YG saying “the wait means fans will buy it either way, so why bother putting in any effort?”.

Black Pink has the potential to become a K-pop legend, but they can only do so much when they are given songs like the ones on Square Up. They and their fans deserved a much better first mini album, with or without the wait.