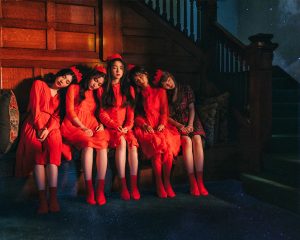 It’s April. Indulge me for a bit, but let’s talk about memes. I usually start my reviews with an in-depth introduction to the artist in question, but screw that, today I want to talk about one of my favorite memes: “Red Velvet demands sacrifices”. For those unaware, it has been noted that whenever something bad happens in SM Entertainment, a Red Velvet comeback is almost certainly about to be announced. When Sulli of f(x) decided to take a hiatus from the group, Red Velvet’s debut was announced. When Jessica left SNSD in late September 2014 and Luhan’s departure from EXO was readily apparent (he delayed the announcement of his lawsuit several times after the concert in Beijing), Red Velvet begun plans to release “Be Natural”. When Sulli officially left f(x) in August 2015, Red Velvet came back with The Red less than a month later. When Tiffany got in a tiff regarding her snapchat account in August 2016, Russian Roulette was released to the public in early September. Now the rational part of me understands that comebacks are probably planned months in advance, and this can all be chalked up to one unhappy coincidence after another, but I still think it’s hilarious, and it makes me wonder if big companies really treat their artists’ comebacks as a “break in case of an emergency” button. It would explain a lot.

“Emergency” would describe what YG Entertainment’s going through quite well, in light of the unholy mess that Seungri and countless others had gotten themselves into. With Red Velvet in mind, on one hand, you could chalk BlackPink’s comeback happening right around now to be a truly unfortunate example of happenstance, or like me you could treat this as YG’s attempt to empty a lake with a squirt gun. 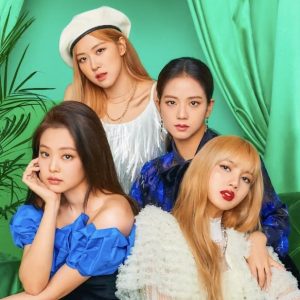 All things said and done, new music is almost always a good thing. I like a great chunk of Red Velvet’s discography (with Perfect Velvet being my favorite), and despite BlackPink’s dearth of musical content, all of BlackPink’s singles have showcased their immense talents and potential. With their first attempt at something other than 2 songs, their instrumentals, and an insipid acoustic remix being somewhat of a letdown, perhaps they can show how much they’ve improved since then.

Well paint me black and pink and call me Avril Lavigne, they sure as hell didn’t. This is just as — if not more — disappointing as Square Up. When YG Entertainment needed a bulls-eye more than ever, Kill This Love spectacularly misses the mark. It’s a maddeningly frustrating misfire of an EP.

Let’s get the sole positive out of the way. For all my problems with this EP, the title track is not one of them. On “Kill This Love”, BlackPink is hurt, hating themselves for how weak they are when they’re in love, vowing to snuff the affection early before they get hurt again. Now I’ve heard a lot of criticisms for this track, such as the grating instrumental, the cheap horn synths, the disjointed nature of the entire thing, the non-chorus that leads to nowhere, and those are all valid points.

Personally, I find the track to be not nearly as bad as everyone is saying. The militaristic percussion drums up excitement effectively, their verses ooze charisma and swagger, whatever little is in the chorus does the job of getting from one verse to another just fine, and the anthemic ending is perfect as an aural adrenaline shot. I’m willing to bet that had the chorus contained just a fraction of the dynamism showcased in the climax, the public reception to this track wouldn’t have been as mixed. Jennie shines in particular with her verse, and though the decision to include the breaks in her voice is questionable, her delivery nicely conveys the attitude and confidence a song like this begs for.

After a sweet “hi”, there’s always a bitter “bye”

After every crazy high, there’s a price you have to pay

There’s no answer to this test, I’ll always fall for it yes

I’m a slave to my emotions 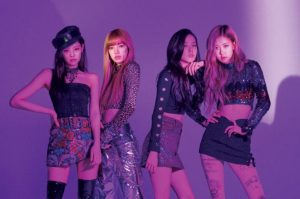 And then it immediately goes downhill from there. A common opinion regarding Square Up was that “Forever Young” would have been the better choice for a title track. It seems like history is repeating itself, with many having the opinion that “Don’t Know What to Do” should have replaced “Kill This Love” as the title track. Personally, I have mixed feelings with regards to the former. I only liked the first half of addictive and bubbly tropical pop, before the descent into madness preceded by the charming adage “BlackPink is the revolution”.

On the other hand, I have no mixed feelings at all about “Don’t Know What To Do”: it’s EDM at its most generic and unexciting. The verses are fine, if average, but they then lapse into a drop that’s empty and unsatisfying. It’s not just the instrumental: BlackPink on this track lacks the energy to support a drop so empty and sparse, as though expecting the non-chorus to carry most of the weight in hyping the listener up. I’m sure this song would have been great if it was released a few years ago, at the height of EDM’s popularity, but coupled with its formulaic and unexciting nature and it’s hard for the track not to come off as lazy.

Now before you go off and say that the very nature of EDM is formulaic and this sounds perfectly fine, I’m not disagreeing with you. I have nothing against the genre itself. There’s great EDM that pumps you up and gets the crowd going absolutely bonkers — I’d be lying if I said I didn’t occasionally revisit The Great Seungri from time to time — and then there’s “Don’t Know What to Do”: run-of-the-mill, dime-a-dozen and painfully average. It’s a shame. 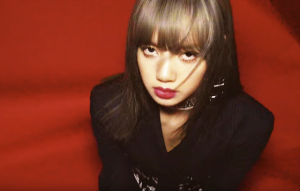 Whilst I’ve been going off about the non-choruses in the previous tracks, “Kick it” has the dubious honor of having one yet crashing and burning all the same. It starts off promisingly enough, with brisk percussive elements that do well in raising one’s excitement, making an odd decision in going acoustic for the pre-chorus, before it reaches the promised chorus and… Jesus, is it a downer. For all his know-how as a producer, Teddy has created an absolute vacuum of a backing instrumental for the chorus, and it just doesn’t work. The moment the chorus kicks in, any momentum the track had thus far accumulated just screeches to a halt. Not even the bursts of life Lisa’s verses, as well as the chants in the bridge, give can save this track from its dumpster fire of a chorus. By the end of it, the only thing I want to kick is what’s left of Teddy’s ass, since he clearly only used half of it when producing and writing this song.

Rounding it all off is “Hope Not”, a guitar-backed ballad that has BlackPink feel regret for how they’ve treated an old flame, before wishing them well and hoping that they don’t forget them. I feel like this song perfectly encapsulates my current opinion of BlackPink: pretty, but ultimately nothing sticks. It does a great job of allowing BlackPink to showcase their beautiful vocal chops, and the feelings of regret and wistfulness are very nicely conveyed, but “Hope Not” as a whole just feels unmemorable and too simple. There’s just not enough substance that justifies such a one-note instrumental that doesn’t even bother to switch it up just a little. “Stay” is similarly simplistic and restrained, but at least the melody was stronger, and the various instrumental elements such as the harmonica and the sing-a-long kept it from being deemed boring. In the spectrum of great ballads and bad ballads, “Hope Not” is just… there. 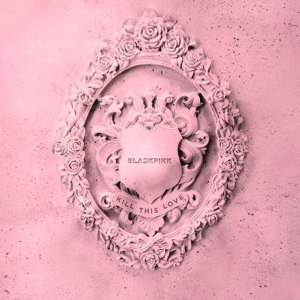 Kanye West understood that if an album was going to be short, each song had better be absolutely amazing, and he clearly shows this as he produced and release 5 immaculate 7-track albums back-to-back in the summer of 2018. With that in mind, Kill This Love is anything but. Scattershot, dated, a huge lump of wasted potential, it’s made even more frustrating because we know that BlackPink can do so much better than this. With Kill This Love, it’s beginning to seem like their lack of musical content stems less from the cost-effective strategy of having less content out there, but more from the fact that YG doesn’t want to commit to a sound, because they haven’t figured it out yet. Understandable, given their best song was originally meant for 2NE1, but 13 songs in almost 3 years is inexcusable, and the way things are going I don’t think fans can beat the dead horse of “quality over quantity” any longer. I’m still looking forward to the day they drop a full album, but if it’s anything like Kill This Love, I really couldn’t be bothered.

This is how a revolution dies.