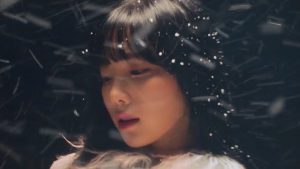 Last month, Girls’ Generation‘s Taeyeon caused a three-car collision while on her way to Nonhyeon-dong. The idol hit a taxi in front of her car that subsequently hit another vehicle. As footages of the accident have shown, the blame was exclusively Taeyeon’s; no one got severely injured.

Korean netizens reacted harshly towards Taeyeon, especially in light of reports accusing her to have used her celebrity status to receive special treatment from the ambulance technicians. Taeyeon, on the other hand decided to ignore the malicious rumors, told fans not to worry and promoted her new single on Instagram. Is this a case of netizens overreacting, holding idols up to impossibly high standards, or did Taeyeon cross the line at some point?

Taeyeon’s accident dynamics are pretty simple: the accident was caused because of her carelessness. She denied being distracted by her pet dog, whom she was carrying in the car with her, and she wasn’t drunk driving. The accident could have been very serious, but thankfully the passengers of the cars hit by the idol only suffered minor injuries. 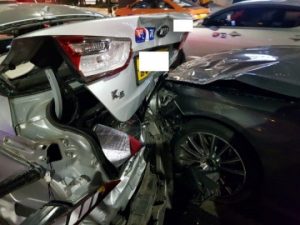 There has been some controversy stirred by one of the taxi’s passengers on Instagram regarding Taeyeon receiving special treatment on the scene thanks to her celebrity status. According to the Instagram post, Taeyeon was led to the hospital on an ambulance before the taxi driver despite his head bleeding. Despite what has been said on social media, what truly happened on the scene is unclear. Unless Taeyeon demanded priority medical treatment above others, it’s questionable whether she should be the one taking the blame.

Taeyeon addressed the accusations by replying to one of her fans on Instagram. While she didn’t mention the ambulance issue directly, she explained that she contacted the passengers to apologise, and some refused to get in touch with her, adding that her apology wasn’t meant to be public in first place. In addition to Taeyeon speaking up for herself, SM Entertainment disclosed their intention to sue anyone leaving malicious comments about this issue.

One can never stress enough the importance of driving safely. In a country like South Korea, where cars regularly speed over the limits, accidents are sadly very common and idols have caused several. The most recent one was probably Super Junior Kangin’s, who on May 24th crashed onto a pole while drunk. This was his second DUI accident, the previous one happened in 2009. The list goes on with, just to mention a few, Big Bang’s Seungri who crashed onto another car while speeding in 2014 and Spica’s Yang Jiwon who caused an accident by being drowsy behind the wheel.

The Korean public is sensitive when it comes to celebrities — in these cases idols — causing road accidents. Given the expectation that public figures should be role models for young people, every mistake becomes twice as unforgivable. Of course accidents can happen to everyone, but there is no excuse for drunk driving or whatever kind of misconduct since they can put innocent people’s lives in danger.

However, Taeyeon’s accident was caused by carelessness, rather than obvious irresponsibility. The criticism arose from how she refused to issue a public apology on the matter and tried to settle it in private. Korean netizens were particularly turned off by the fact that she went on promoting her Christmas song regardless of what happened, an action they considered ill-timed and shameless. The reports on Instagram about her special treatment only fanned the flames.

From a company’s point of view, halting promotions affects its workings on both a management level and a financial perspective, so it’s understandable that they decided to go through with the release regardless. The entertainment industry is, after all, first and foremost a business. Above financial considerations, however, interrupting promotional activities because of this accident would make it seem much more severe than it actually is. Taeyeon’s response to the accident may have entailed some misjudgment on her part, but hardly suggests severe moral or ethical issues that warrant such measures. Additionally, it should be considered that despite her senior status, Taeyeon might still be expected to act in some degree according to the guidelines her company gives when controversies arise.

Although Taeyeon did not directly address the accusations, she did not deny her responsibility in the matter. Perhaps the controversy could have been handled better, such as through staying away from social media and being more cautious about the timing to promote her song, but her mistakes weren’t proportionate to the harsh criticism she received. Idols are first and foremost people, as netizens themselves are, and it is important to realise how unfair it is to project such unrealistically high standards of behaviour on them.