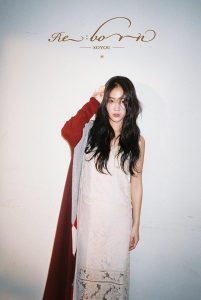 Like many idols striking out on their own for the first time, Soyou, formerly of Sistar, has never had the chance to make her own identity. Her membership in Sistar meant she spent most of her career performing upbeat dance tracks behind one a vocal powerhouse, and her side gig as one of the best duettists of K-pop earned her respect as a vocalist, but required her to always bend to the other artists’ desires. So, when she went solo with her album Part 1: RE:BORN, Soyou made it clear that this was her taking control and making the music she wants to make. And as a long-time fan, this album left me more frustrated than anything.

Soyou has always been my favorite member of Sistar, so I had high hopes for RE:BORN. And at first listen, those hopes were pretty brutally dashed. It’s overly safe, Soyou’s signature airy vocals are gone, and it is nothing but mid-tempo ballads. However, I found that RE:BORN is grower rather than a shower. Its gentle R&B-influences soothe the ear and relaxes the soul of the listener. It’s practically tailor-made for winter; the perfect soundtrack to play while a fire roars and snow falls. Soyou herself retains her sweetness and earnestness in delivery as she falls in and out of love. The end result is that RE:BORN is a decent little release that is, on the whole, inoffensive.

And honestly, that inoffensiveness is offensive in and of itself. Soyou stuck with Starship Entertainment after Sistar disbanded, and she should not have. There are three things that RE:BORN says with stunning clarity, and they all prove that she should have left: “We made this on no budget”, “We have no faith in Soyou as a solo act”, and “We have no idea how to flatter her voice”.

From the first note to the last, RE:BORN sounds like an album made at a discount warehouse. Specifically, a holiday discount warehouse. Nobody likes holiday music because it sounds cheap and rushed, and that brand of cheap and rushed is all over RE:BORN. “I Learned From You” is the worst offender, in that I am certain it was written as a holiday love song and repurposed. The instrumental loops sound like something out of a Pro Tunes free trial, the layering in the mix is nonexistent, picking one dominant aspect and muting everything else equally, and the musical composition is by the numbers R&B, with no effort into making pop as anything beyond cheesy, shallow melodrama that no one listens to anyway. 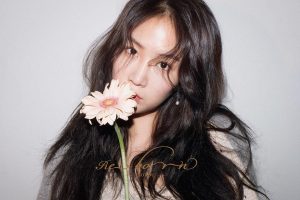 Aggravating that is the blatant fact that, despite this being Soyou’s “solo” debut, Starship clearly doesn’t think she has what it takes to make it solo. It’s clear that her past as a brilliant duettist is biting her in the ass here, as of the six tracks on RE:BORN, three have guest stars. Including the title track. And while all three are serviceable duets–duh, Soyou would have phenomenal vocal chemistry with Gilbert Gottfried–the fact is they aren’t needed. “Night” and “7 Years” were clearly not written as such and suffer for Geeks and MoonMoon disrupting the song structure. And while I cannot say the same for “I Still” with Shin Si-kyung, it would honestly hit harder emotionally as a solo–nothing but sparse piano and Soyou’s delicate voice.

Furthering the over-reliance on guest stars is Starship’s odd choice to credit each songs’ producer in the track titles. Producer credits outside of album notes only happen when it’s the producers’ song to begin with. It’s a move that screams of desperation; an attempt to cash in on the fans of Primary and 13 because Starship does not believe Soyou herself has enough fans for RE:BORN to earn a profit. It’s neither a subtle move nor an attractive one. The guest stars and producers form a neon sign proclaiming that Soyou’s label doesn’t think RE:BORN or Soyou herself can make it.

Then there’s the most troubling aspect: How little the music flatters Soyou. Soyou spoke about how she changed her vocal style for this album, trying to tone down the airiness of her voice. This is baffling, because Soyou’s ability to sound light and airy without any sign of vocal damage or chipmunk voices was her most recognizable and unique skill as a vocalist. Then I focused on what she did sound like, and I realized Soyou sounds like Hyorin. RE:BORN is full of belting, lower ranges, and vocal power. Its production was designed to flatter a potent, raw voice, with plenty of projection, not a soft, delicate one with emphasis on the falsetto. Listening to RE:BORN, it comes off that Starship literally does not know how to make music that flatters female voices that aren’t Hyorin, and convinced Soyou to alter her voice rather than learn.

I keep trying to enjoy RE:BIRTH for the lightweight R&B love songs that it is. But over and over, I keep getting tripped up by how badly Soyou got screwed over. She deserved so much more than inert music to cuddle to, and that awareness cannot be erased, nor the frustration eased.