Kangin and the Return of the DUI 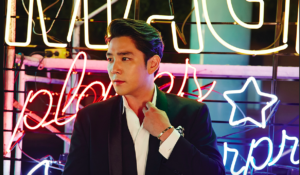 Just four years ago, ELF celebrated Super Junior‘s Kangin‘s return from the military. At the time, this departure to fulfill his mandatory military service requirement was slightly different from the typical idol in that it was meant assist in both reforming Kangin’s mental state and his celebrity image.

To recap, in October of 2009, Kangin was involved in a DUI and hit-and-run. He hit a parked taxi with passengers and fled the scene before turning himself in the following morning. For this, he was fined 8 million won. One month prior, he was also involved in an assault case, but it was later proven that he acted out of self defense. Subsequently, SM decided to place his entertainment activities on hold, and after the DUI, Kangin soon left for the military.

Upon his return, the public presumed he was sufficiently reformed, and that he would exercise more discipline and better judgement in the future. For a while, it did seem as though he had matured and that his demeanor changed considerably. He soon fell back into the pace of his original idol life, and came to host Show Champion and A Song For You, respectively. More recently, he was even set to appear on Laws of the Jungle.

Unfortunately, on May 24, Kangin found himself embroiled in another DUI incident, once again placing a pause on all of his activities in entertainment. He drove into a streetlight post while under the influence. The incident was reported by a nearby convenience store owner and then by Kangin himself the following morning. At the police station, Kangin’s blood alcohol content (BAC) was 0.05% eleven hours after the accident, and his BAC during the time of the accident was determined to be 0.157%—which is enough to have his license revoked. Also, for a second DUI conviction, the maximum sentence for a BAC of over 0.1-0.19% is a fine of 5 million won and imprisonment for 1 year. This situation mirrors his previous DUI almost exactly, which unsurprisingly provides cause for additional disapproval. 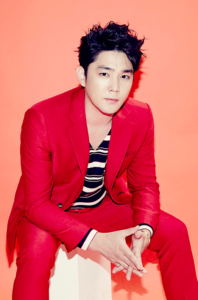 Since he was previously indicted for a DUI, one cannot help feeling as though Kangin should have learned his lesson the previous time, and that he should know himself enough not to attempt driving after drinking. While Kangin only hit a streetlamp this time, he still placed both his own life and the lives of others in danger.

What leaves me with the most mixed feelings is the way that Kangin handled the post-accident events. While I do commend Kangin for acknowledging his mistake at all, I can’t help but feel as though he should have taken responsibility right from the beginning. After all, he initially fled the scene and reported the incident hours later—probably in hopes that his blood alcohol content could be sufficiently lowered by then. However, whatever he could do to try and lessen the consequences seem to be all for naught. He was still subject to a BAC test that determined he was driving under the influence. Also, CCTV footage and a witness statement further provide proof of Kangin’s mistake.

Additionally, in relation to the accident, Kangin allegedly stated, “I remember hitting something, but I didn’t know it was a street light pole.” This seems problematic. It suggests that Kangin was not clearheaded and could not even remember what he hit. The statement makes one wonder what Kangin thought he hit, and his ensuing flight presents greater cause for suspicion. If he thought he hit a person, would his actions have changed? Was he going to just drive away to save himself then as well? This statement leaves an uncomfortable amount of speculation in regards to Kangin’s moral compass.

In relation to the incident, SM Entertainment stated,

It is true that Kangin had a DUI accident. Kangin contacted the police regarding the accident and received an investigation at the arranged time. Kangin is deeply regretful of his actions and will cease all entertainment-related schedules to take some time to self-reflect. Once again, we sincerely apologize for worrying you.

As this “self-reflect[ing]” was supposed to occur previously, it’s not surprising that people should feel skeptical about Kangin’s future in the entertainment industry. Also, it seems likely that Kangin will probably only have to pay a fine before returning to the industry once again, leaving fans unsure of their continued and future acceptance of Kangin as a Super Junior member.

While we expect that after his second DUI he will really have learned his lesson, the fact that there were such repercussions on his image the first time should have been warning enough. What more, he is part of a team. It seems unfair that the rest of the team should take a hit due to his mistakes. Idols are public figures, they should know that their actions—much more so than that of others—are viciously scrutinized because of it.

If Kangin gets away with this behavior and rejoins the group merely after paying a fine, it will seem as though it is acceptable to drink and drive, and that one can do so with minimal consequences. This is probably not a message the Korean entertainment industry wants to impart on their society. Thus, his career may already be damaged beyond repair. He was already given one chance, and after using that one chance, all trust that was ever placed in him is now gone. If he can disappoint twice, there seems to be a greater chance that he can do so again. Thus, it seems that removing Kangin from the group is the easiest way to eliminate the problems he has created. 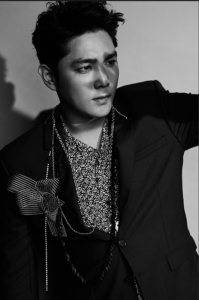 However, part of me can’t help but hope that maybe this time he will really change his bad habits. Sitting and reflecting surely didn’t work the first time. In fact, going through the military did not seem to work either. If Kangin is going to continue in the entertainment industry, he would have to make a much stronger effort prove that he has learned from his mistakes.

To prove complete repentance, he would probably need to do something along the lines of going through rehabilitation and raising awareness about driving under the influence by donating and contributing to DUI victims and their families in order to show that he understands the severity of such mistakes. Otherwise, even if he claims to have changed and gives an apology speech, there’s no way of knowing whether or not Kangin has really learned anything from his experiences.

Super Junior is a group that has been through a lot of tumult in their career. I’d like to think that all those years of being a group have made them become family that will stand up for each other when times get hard. Removing Kangin from the group will only ruin their morale with the loss of another group member. I believe they are a strong enough group to be able to overcome another hurdle and return stronger. And if this hurdle is overcome and Kangin wins back the public’s affections, it would be even more satisfying. It definitely will not be easy, and both the group and the company will probably receive a lot of backlash for keeping a member that has broken the law twice, but it’s not impossible.

As outsiders, we can only speculate upon what is happening in an idol’s life. Perhaps he’s going through another rough patch in his life and deserves to be forgiven. Maybe it’s the American in me, but I’d like to give him the chance to obtain a third strike before completely ousting him.

Readers, what are your thoughts on the situation? Does Kangin deserve another chance? And do you think he will get one?