Giriboy's "Graduation" is a Kaleidoscopic Trip into Space 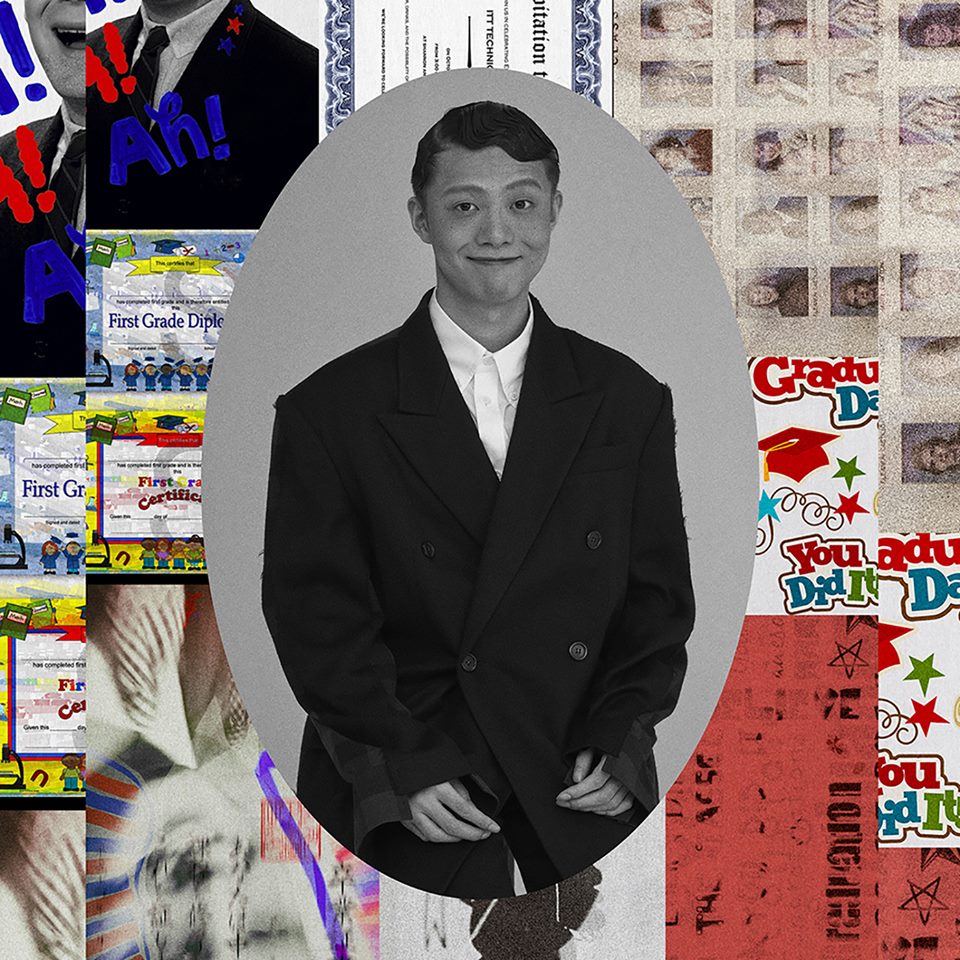 Back in 2015 when Giriboy released “WYBH1” in Mechanical Album, it was the start of a certain obsession with space. This theme is carried across many of his later songs, evident not only in his lyrics but also his music style. By no coincidence, his crew is also named WYBH, which translates into “space flight.” In his newest album, Graduation, there is a similar strain of space travel. Giriboy transports listeners into his bizarre realm with his experimental and mesmerising melodies.

The allure of Giriboy’s music often lies in the concepts he uses in his lyrics. The most unexpected and visceral images are evoked with mere words. Extending from the topic of space travel, Giriboy plays with the notion of exploration in two contrasting ways. “WYJB” references the theme of space directly, though his lyrics deviate from the more risqué ones of “WYBH1” and “WYBH2.” The lyrics to “WYJB” captures the sentiment of an addiction, an indulgence, though managing to do so with nuance. The expansiveness of space is emphasised in this track, reflecting a state of losing oneself and drifting away in a moment of sheer pleasure. However, the lyrics also leaks through a self-derision at constantly moving from relationship to relationship:

We were given a dream even though we came here without anything
After losing our dream, we are granted our next mission
If there isn’t anything like that, then the duration of our lives is too long
I realized that the value I kept was my rarity
This place is too quiet, I need to mess it up
And then I’ll have to go to another place
Like I did until now 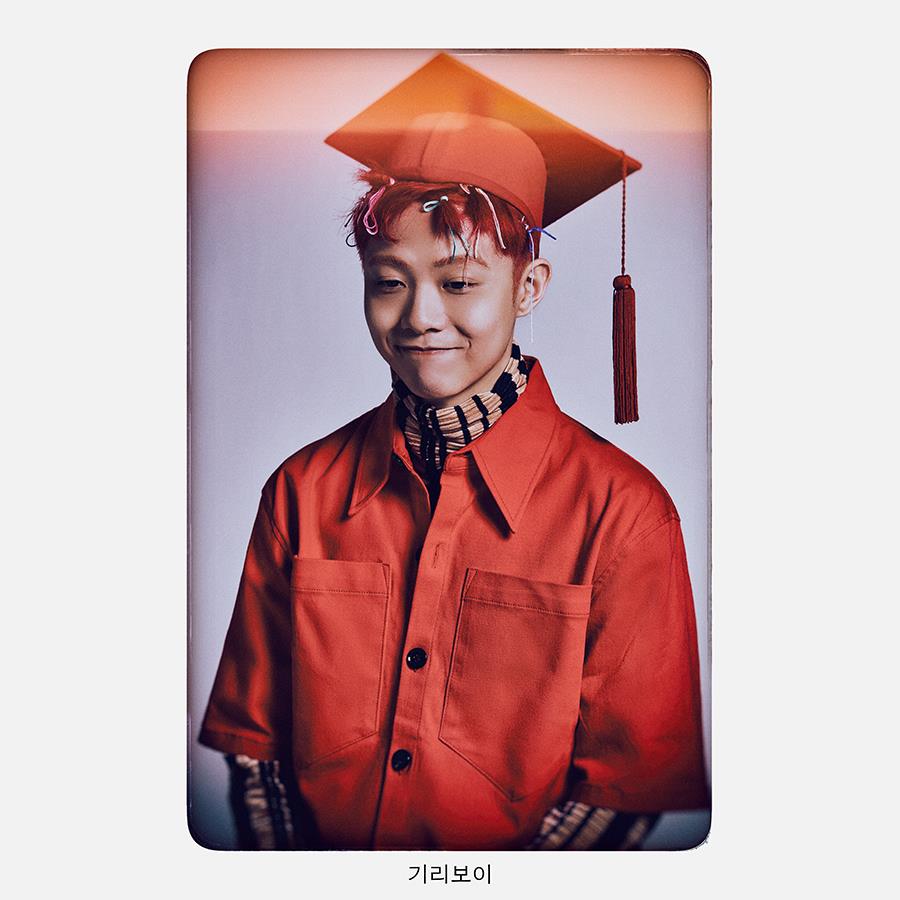 This macroscopic view of the universe is juxtaposed against “Secrets Of The Human Body,” which turns the direction of exploration away from the external world into the flesh. The mentions of surgical procedures in describing affection reinterprets the term “raw emotion” in an entirely new light. This particular track truly exposes the dark side of passion, where things turn gory and even cannibalistic. The lyrics are phenomenally explicit:

I need to see your organs, take them out
I explore you, and observe
Deeper inside, I decided to be the doctor
My two ears become the stethoscope
I put my face against your heart
I take a bite again,
I hesitated if I should eat it,
A red heart like an emoticon

There is a cold clinical atmosphere that resists the overflowing of desire. The lyrics make sex seem like a sterilised laboratory experiment, which is strange but also appealing because of its sheer novelty of expression. 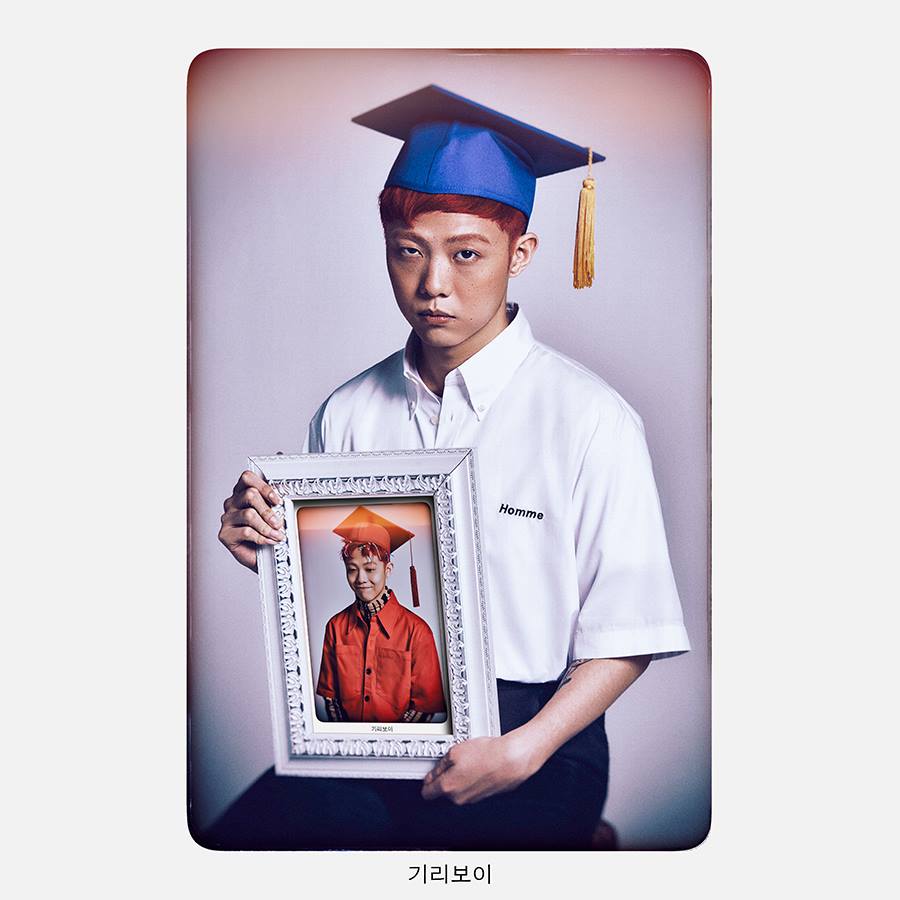 Delving into the instrumentals, the beats of both work beautifully in building the atmosphere suited to each set of lyrics. “WYJB” has a spontaneous backing track that manages to condense the boundlessness of space in its echoes that expands outwards and dissipates. On the other hand, the beats for “Secrets Of The Human Body” paints a perfect soundscape expressing a fascination with the mysteries of the human body. Unlike “WYJB,” the echoes resound heavily, making it seem as though one is really running inside the capillaries under someone’s skin.

Beyond just talk about sexual desires, Giriboy also delivers a characteristic introspection and pensiveness with “Graduate” and “Hikikomori.” “Graduate” is a direct reference of the album title, giving it an added importance even before listening to it. The resignation expressed in the song regarding the temporality of all things is truly heart-breaking. The track seems to be an attempt to propagate the notion of living without regrets, yet at the same time it lacks the force of bravado. The melody is musing, and the reckless phrases are negated with following ones that sound more whimsical than urgent. The notion of graduation only comes nearing the end of the song, exclaiming a desire to grow up from a present state of affairs:

Graduation is often conceptualised as a form of moving from one stage of life into another, of entering society, and of departure. In this track, the notion remains the same, but this graduation is filled with melancholy. The fact that this is a choice makes the song even sadder, indicating a circumstance that has been condemned as unworthy of being salvaged. The track’s initial hopefulness, and contentment despite pain crumbles with towards the end of the song. The only sentiment that remains is the sheer futility of stating impossible what-ifs. 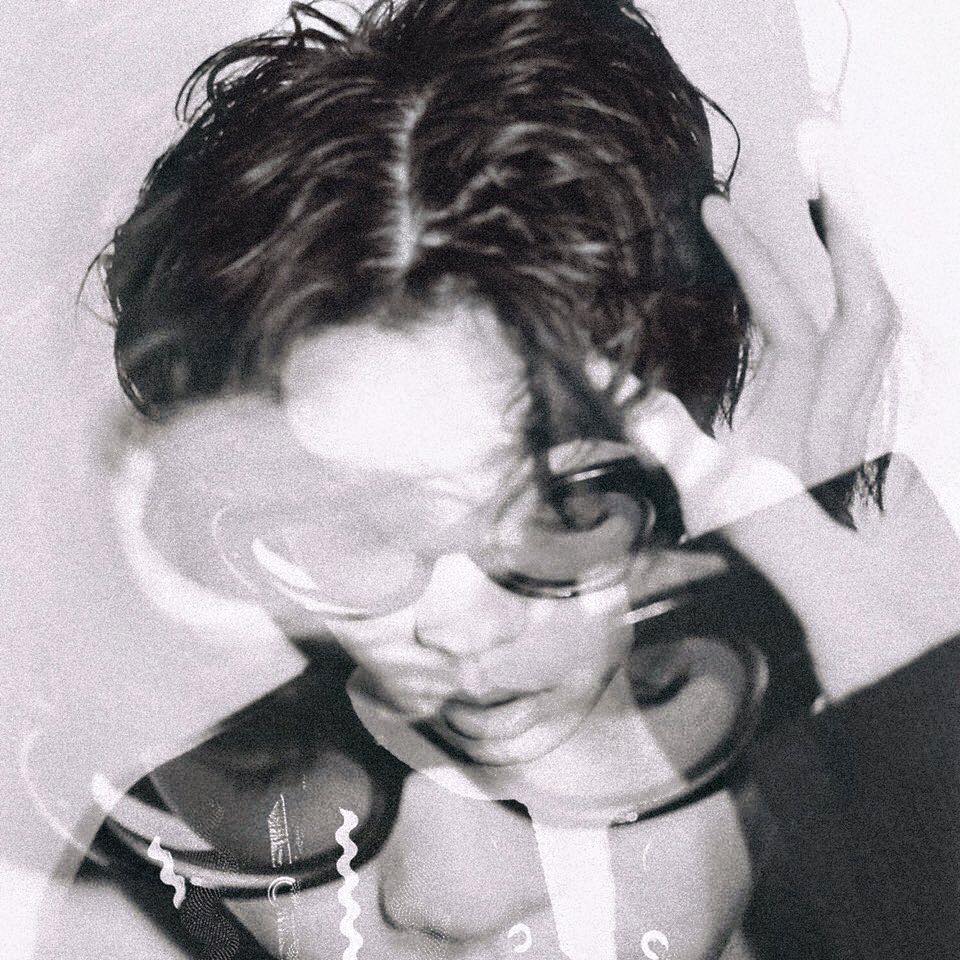 On the other hand, “Hikikomori” skilfully captures the complex irony and psychology of someone content with living withdrawn from society. The Japanese word “hikikomori” means “pulling inward, being confined,” and is used to describe young men and women who shut themselves indoors. The demographic of hikikomori or socially withdrawn people in Japan is regarded as a growing problem for the Japanese government. These individuals are reported to be holed up in their homes for up to even decades, only going outside briefly, for example to buy something at nearby convenience stores.

Giriboy’s track attempts to narrate the perspective of a hikikomori, while problematising such a state of living as well. He questions the self-indulgence of such a lifestyle that disparages the outside world. Within the track, living in such a manner is driven by an unhealthy preoccupation with a lover:

Furthermore, the heavy beat track adds on to the atmosphere of self-degradation. It is monotonous, and Giriboy’s delivery of “Death is right upon us / It’s a beautiful life” becomes even more ominous.

It is always interesting to see Giriboy create all these unabashedly ugly yet honest characters through his lyrics. Perhaps most interesting would be “Whyyoumad,” where the MV is a psychedelic roller coaster ride. The aesthetics are out of this world, and almost too hard to decipher. The English title does not give enough credit to the original, “내가너를사랑하지않는다는것은망할너의친구들의아이디어같아” which translates roughly to “That I don’t love you is probably an idea from your goddamn friends.” The jibe in the statement that drives the entire song, together with the MV, can be summarised with the word bizarre. The cyclical fighting and making up, ending with a note of irresolution, somehow all seem coherent with the MV’s otherworldly mix of vintage computer graphics superimposed with real life videography. Confined in this kaleidoscopic realm, a relationship portrayed as such seems to exist on an inexplicable plane – even though it seems toxic, there remains a certain charm in it. 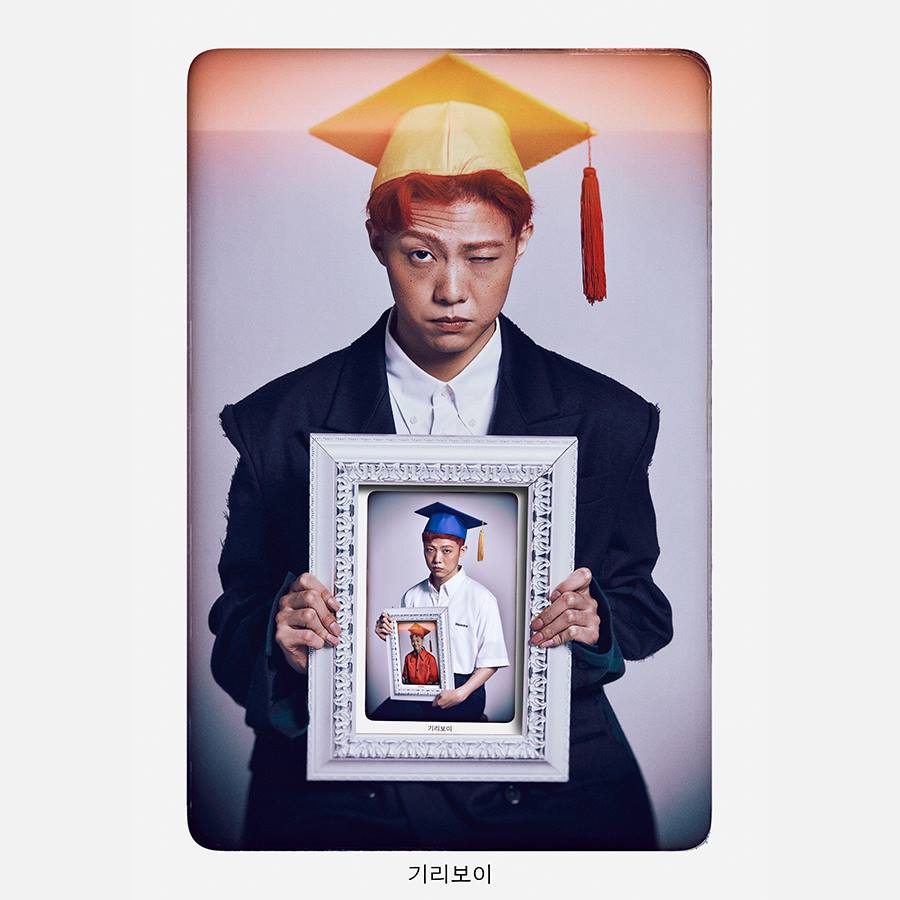 Last but not least, it was surprising to hear a track like “Wewantourmoneyback” in Graduation. The aggressive hip hop beat is unlike Giriboy’s more laidback sound, but he still delivers a forceful track. This particular song indicates Giriboy’s versatility and skilfulness in handling styles beyond what he is familiar with. It was refreshing to hear such a track, one that is more prevalent these days in terms of genre. “Wewantourmoneyback” offers some grounding and contrast against the other tracks that sound entirely out-of-this-world.

Giriboy’s music is perhaps best expressed through visuals, always evoking vivid yet outlandish images. It is not hard to understand his fascination with space travel. After all, his music continually transports us into a realm that is strange yet alluring. It is hard to express the aesthetic consistency between sound and image that characterises Giriboy’s music, but in the end, it all magically fits together. Graduation clearly has its strength in its lyrical novelty, with Giriboy working the beats he has chosen to his greatest advantage. It is a pity, though, that none of the beats were produced by himself. However, if I had to say something for certain, it is that Giriboy has certainly managed to build a universe that truly belongs to himself – a constantly expanding one that only he has the ability to define.