Are Korean Music Charts an Accurate Measure of Success?

The Korean public relies heavily on sites like Melon, Genie, Soribada, Mnet, Monkey3 and Bugs for streaming music. The amount of people listening to new releases on these sites is what establishes the popularity of a particular song. These charts showcase the ranking of songs based on the number of listeners and do so in real time. Previously, midnight releases by idols immediately rose to the number one spot due to the reduced traffic at night. Fanbases take it up on themselves to stream their favorite idols’ music and achieving a high position on charts was easier in the late hours of the night while the majority of the public is asleep.

But this system was changed on 27th February of this year to counter the skewed statistics arising out of groups with large fanbases releasing music and overtaking the charts, without actually reflecting public tastes. So instead of refreshing at midnight each day, the charts changed it to noon in order to provide a better understanding of the likes and dislikes of the public rather than of a few dedicated fans.

Epik High‘s new album, We’ve Done Something Wonderful, performed extremely well regardless of the change in policy, establishing their strong presence even after fourteen years in the industry. The group managed to prove that the changed standards were not hard to match for some artists.

Entertainment companies have also had to change their tactics in order to adhere to the new rules and so they release music at 6 PM or at noon. The trends that these charts portray give an insight into the demographic of music listeners in Korea and also provide an opportunity for analysis of music tastes that seem to be a basis to judge an artist’s popularity. But the question is — when do these charts matter, if at all? 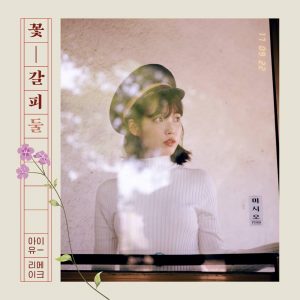 In spite of the system modifications, there are artists who emerge at the top and continue to do exceptionally well on the charts. The artists who fall under the umbrella of ‘digital monsters’ make up a considerable chunk of these successes. IU, G-Dragon, Yoon Jong-shin, Winner and Bolbbalgan4 are some of those artists. All of the aforementioned artists have a legacy of doing well digitally and they did not disappoint this year either. There doesn’t seem to be a specific formula for success or longevity of songs but the brands that artists create for themselves definitely act as catalysts in the process of continued interest in their music. Getting either a certified or perfect all-kill is testimony to the public recognition and popularity of the song. The revamping of the charts also brought focus on the number of unique listeners an artist would get in an hour or in 24 hours to establish the interest of the public.

But there definitely were songs that fell short of expectations and did not perform as well as predicted due to the new system. Girls groups usually rank high on charts, making up for their lack of physical sales, but two groups that I really wanted to see reign the charts — Sistar and Girls’ Generation (SNSD) — did not this year. Sistar announced the news of their disbandment and with a history of chart-topping hits like “Shake It” and “Touch my Body”, expectations were high for their farewell single, “Lonely”. SNSD, similarly, celebrated their tenth anniversary this year and released a full-length album, Holiday Night, to commemorate this milestone. With hits like “Gee” and “I Got a Boy”, it was but natural for everyone to think that the group would take over the charts, but it didn’t happen either.

Winner’s second installment of comebacks with “Love Me Love Me” and “Island” this year received a lukewarm response despite the stellar performance of “Really Really”. Twice’s latest release, “Likey”, did not receive an all-kill either, unlike all of their previous releases barring “Like Ooh Aah”. But the song did manage to get a first position on most charts. Perhaps a reason for such under-performance was the overuse of certain styles and the reluctance to experiment with genres. 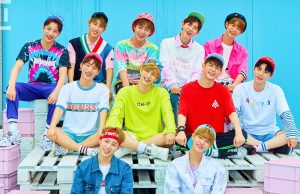 Certain market forces have also come into play in the performance of songs on charts. Produce 101 and its entailing wave of promotion is one such novel addition. Wanna One debuted with “Energetic” at number one on the Melon chart and went on to score an all-kill, in spite of being a rookie group. NU’EST‘s songs also rose up in the charts due to the exposure they got in Produce 101. NU’EST W‘s W, Here also performed well. Wanna One and NU’EST’s success can be attributed to the reality show they were a part of and really emphasizes the mercurial nature of fans.

EXO, which is usually just known for its physical album sales, became the first idol group after the chart change to debut at number one on the Melon chart, arguably the most popular chart in Korea, with “Kokobop”. This established that the group was far from waning from being one of the top groups in the industry. Another surprise success was the songs featured on Show Me the Money Season 6.

Music charts, therefore, seem to be able to bring attention to the divergent streams of popularity in the public domain and fandom power. The rise and fall of artists is mapped out on the charts and the changes in popularity are statistically graphed out on them. This system is not without criticisms though. There is major scope for double standards on the part of the public–poor rankings are rationalized by using the charts as an excuse, while doing well on the charts is exalted as successes despite the changes. 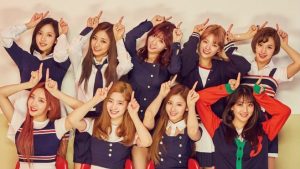 As mentioned earlier, Twice’s “Likey” did manage to do fairly well and even overtook Epik High for the top spot on Melon chart. But the song managed to do that only for a few hours, whereas the group has had an impeccable track record before the chart change. Another example of fans raising songs on a pedestal could be seen with BTS‘ “DNA”, which rose to the first spot on Melon chart only during the wee hours of morning. The group’s fans used IU’s position as a chart-breaker and her credentials as a digital queen as a reason for BTS occupying the second spot on the chart for most of the day.

Idol fans are also skeptical about the supposed transparency these charts would now have and how that would prove to be beneficial. In May of this year, controversy was stirred up when Laboum won over IU despite the former not even being in the top hundred on charts. This made citizens question whether the integrity of the charts and their usage in music shows. Year-end award shows is where longevity on charts plays a pivotal role. In order to be eligible for a Digital Daesang or an equivalent award, it is instrumental to have high streaming and downloads to back the artist up. This year’s strongest contender seems to be IU, since she survived the stiff competition created by the change.

On a smaller scale, music show wins are also, in part, determined by performance on charts. Groups like iKon who have had a good track record in the past could not win any music shows this year due to a poor performance in streaming. In an industry which is so competitive, downloads and streams are some of the few empirical parameters. The charts create speculation about the integrity of the music industry itself and how manipulation is implicitly rampant. It also begs the question: what exactly are the parameters of success?