Seventeen Take Creativity to the Next Level with "Clap" 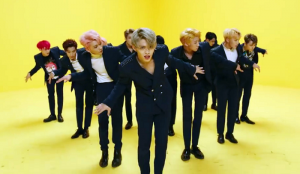 Seventeen have made their name in K-Pop with their highly synchronized choreography, and funky, stylish sound. As a group comprised of thirteen members, they have used their size to their advantage by splitting into three key sub-units, showcasing their vocal, rap and performance capabilities. With a history of high-concept, performance-orientated releases, fans have been eagerly anticipating their latest comeback.

After indicating a transition to a more mature sound and image with “Don’t Wanna Cry”, Seventeen have turned the tables again with “Clap”, which continues the group’s musical progression while reviving the vibrant energy of their debut. The MV begins with the members sneaking into a mysterious booth in what appears to be the centre of a stage, accompanied by a lively tune reminiscent of classic Charlie Chaplin films. Some slapstick comedy and a flash of lightning follow before we’re introduced to “Specialized Videotape Technology Inc”. The camera pans through the window to reveal Seventeen’s secret centre of operations; the premise serving as an intriguing and entertaining way to present the group as the masterminds behind their performances.

Several of Seventeen’s key members, including sub-unit leaders Woozi, Hoshi and S.Coups, are well-known as artist-dols who contribute to writing, producing and choreographing their tracks. The MV plays up this facet of the group’s identity. We are introduced to the concept in the opening shots of S.Coups in the director’s chair, and Joshua snapping the clapboard before the first choreo scene. In addition, sharp send-ups of Seventeen’s previous MVs are peppered throughout the video for fans to spot. 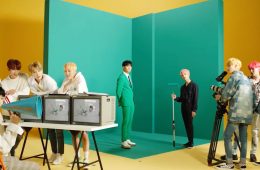 Videotapes referencing recent title songs spin in the centre of the shot between clips showing Seventeen planning the concepts for their sub-unit releases. They design and paint the sets for “Trauma” and “Change Up”. There’s a cute throwback to S.Coups crashing a group photo from “Mansae”, and Hoshi sings in front of a green screen, reminiscent of the backdrops for “Adore U”.

These moments make the MV a perfect puzzle for fans to piece together and are a brilliant basis for the special effects. These visuals are best showcased during Woozi’s part in the bridge; his performance viewed through a kaleidoscope of different screens revealing the video editing behind the final product. By extension this is an innovative way to represent the group effort the members put in to create each comeback. They huddle together for meetings, mess around with the cameras, and the MV comes together as a highly stylised demonstration of Seventeen putting on a spectacular show. 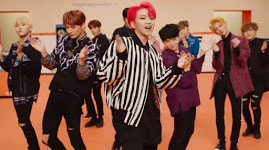 Lyrically, “Clap” is a hype track, which serves as a welcome change from the group’s discography of music centered around romance. The song, like the MV, directly involves the audience. Seventeen address the listener, inspiring them to forget their troubles and enjoy having a good time:

Over there, come here
Let’s have fun
Till the song is over, clap your hands

Seventeen reveal that despite being idols, they can relate to the listeners’ small moments of frustration throughout the day. This lends poignancy to the verses in an otherwise fairly generic and repetitive song: 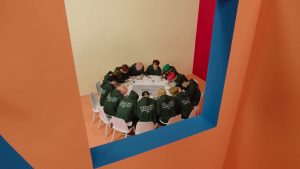 Having said that, the repetition of “clap clap clap” in the chorus epitomizes the high-energy earworms Seventeen are known for. The track’s momentum is powered by a driving electric guitar riff, which gives the song a sharp, stomping groove. This sound is accentuated by the formation-led choreography of the choruses, and military uniforms the boys rock in the dance scenes. “Clap” is catchy as hell, but compared to the jazz-influenced “Very Nice”, and sweeping synths of “Don’t Wanna Cry”, the sparsity of the production seems like a step backwards. Seventeen have utilised pre-comeback singles dropped by the leader, vocal, rap and performance units to demonstrate their range, yet “Clap” is musically a one-note piece. This sense is exacerbated by the line distribution. Running under three minutes in length, “Clap” simply doesn’t have the space to give all thirteen members a chance to show their strengths.

Nonetheless, with album Teen, Age built around Seventeen’s versatility working in a variety of sub-units, the members are given ample opportunity to reveal their individual flair. In contrast, the aim of the title track is to prove their power as a whole. The MV for “Clap” creatively signifies Seventeen’s development as a group, and this riff on their signature sound has produced another foot-tapping groove for fans. Both the tightly choreographed formations and playfulness of the MV demonstrate that Seventeen’s greatest strength is their teamwork.