Block B's "Montage" or 5 Reasons to Love Block B 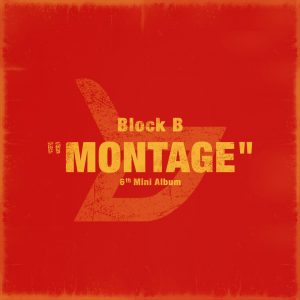 Earlier this year Block B came out with “Yesterday,” which, while a perfectly okay song, wasn’t quite as impressive as their previous outings. With the year nearly over and some strong competition, the group is back with their 6th mini album Montage, which is everything anyone could want from Block B and more. The mini album contains the group’s signature style while adding in new musical influences. It’s exactly the thing needed to remind people, like myself, exactly why they fell in love with Block B’s music in the first place. Because of Montage, the following list presents five arguments as to why this is the album that should make you like Block B (or reaffirm your affection).

1. Production
Zico has had a hand in producing Block B’s tracks for a long time to the point that the members have joked that they can’t work if he’s busy. Still, there’s a reason they rely on him: it works. Zico’s production is always on point and has created a sound that is uniquely Block B. Even when it comes to working with other producers, a Block B song is still a Block B song. The title track “Shall We Dance” is the quintessential Zico & Poptime collaboration, but the other songs have some different credits. You can see the difference in how “Shall We Dance” has a more contemporary feel — it incorporates Latin sounds into the melody, a trend that is gaining steady traction in recent K-pop releases. 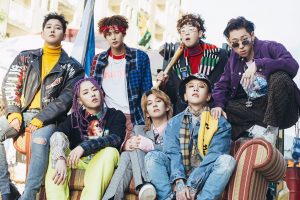 By comparison, “One Way” is a bouncier, sweeter song that is the hallmark of Park Kyung. He also worked on the vocal-line song “Like This,” presenting a softer feel than most Zico songs. B-Bomb also self-composed his solo, which we’ll get to later.  Starting track “My Zone” is one of the most diverse of the songs on the mini with several beat drops and tempo changes courtesy of Japanese producer Dirty Orange, who also worked on the original Japanese release.

2. Vocals, Vocals, Vocals
Included on Montage is the vocal-line only song “Like This.” A departure from the overall jazzy/latin-inspired/upbeat vibe of the album, “Like This” takes a moment to let the vocalists really shine, and shine they do. For the first time in a while we don’t have the rappers taking over the track, which has been a hurdle for the group to get over. With the turning of seasons that usually brings a bit of depression, the vocal line manages to capture perfectly the feelings of melancholy associated with letting go of a past love. Jaehyo in particular stands out because of his lower tone. Block B has one of the most solid yet underrated vocal lines in K-Pop, and it’s tracks like “Like This” that allow them to be fully appreciated.

3. Styling
Okay, okay so hear me out on this one. The styling, especially the hair, for the title track, “Shall We Dance,” is completely insane. Even in the making of the MV video the members made fun of their hair, but this is the same group that performed in velvet suits. U-Kwon‘s Ivan Ooze-inspired braids, P.O‘s perm, and Taeil‘s Eminem-like cut and color are only blips on the list of crazy visuals from the group. “Shall We Dance” is a fun party song and the wild hair and baggy clothing recall an early ’90s vibe of being comfortable and cool while having a good time out. 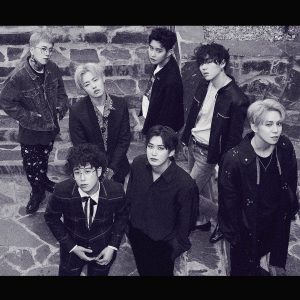 Compare that look to their comeback stage for “One Way.” The song is playful and cheery and the clothing complements that. Zico and Taeil have on oversized sweaters and P.O. is in a headband wearing an “I Love You” sweater. Conversely, B-Bomb and Jaehyo are dressed more maturely, which reflects on the theme of the song. “One Way,” though tropical and upbeat, actually speaks on frustrations in a one-sided relationship. The styling helps speak to the duality of the song.

4. B-Bomb’s Solo
Slowly but surely every member of Block B is getting a solo (except, for some reason, Jaehyo). We’ve talked about Zico’s expansive solo career, as well as Kyung’s, and even Taeil has gotten a few solos. Blooming Period included “Bingle Bingle” a duet between U-Kwon and B-Bomb, but this is the first solo venture from B-Bomb that we get to experience. “Give & Take” definitely helps B-Bomb stand up to his sexy member image as the song’s lyrics don’t shy away from his intentions:

[Slowly] burn to me
I want to fill you up, Tightly
I’m losing my mind
Tonight’s unlike any other night

We don’t see this side to any Block B member often. To be honest, the discography consists of the usual heartbreak or “we’re the best” type music typical of boy groups. Though there’s been a push towards more mature themes and sounds, both within and without the 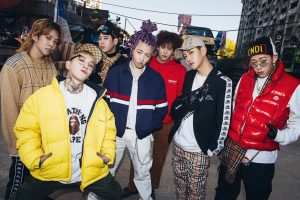 group, what makes “Give and Take” special is the authenticity between artist and art. It’s grown and sexy but so is B-Bomb, yet the song also holds the essence of playfulness associated with Block B.

5. Block B is Block B
I say this every time because it’s true, but you either love Block B, or you don’t. Regardless of personal feelings, it’s not hard to see that they’ve worked hard to create a brand for themselves. You can listen to any song on Montage and know instantly that it’s a Block B song. Though they’ve experimented with their sound and image over the years, there is something in Block B that can’t be duplicated by other groups. Montage has taken the best parts of Block B and elevated them. They’re still the loud, almost obnoxious boys that you can always call for a good time, but there’s also a controlled chaos and level of professional refinement to every release that just can’t be ignored. All in all, if you’re ready to jump on the Block B train, give Montage a listen.