Block B Regresses Back to "Yesterday" 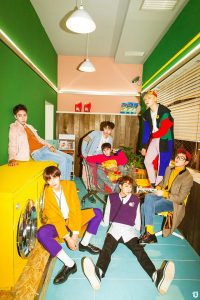 Block B is one of those groups that either you love them or you hate them. Generally, the hate is member oriented, but that’s another story. What’s safe to say is that the group has had serious ups and downs but that hasn’t stopped them from focusing on the most important thing — the music. Last year’s Blooming Period showed a turn from the devil-may-care approach the boys have usually presented and this newest comeback, “Yesterday,” shows another facet of Block B’s personality. Though the song sounds light-hearted and the video is bright and fun, the lyrics are actually serious, making the total package a reflection of Block B as a whole.

While at first listen the song was definitely cute, my expectations were higher than what was delivered. Is “Yesterday” a good song? Yes, I think so. There’s nothing technically bad about it, the lyrics have some thought behind them, and the video is kind of fun. The problem I had was that after three or four listens, it sounded too familiar. In fact, it’s reminiscent of another Block B track, “Her,” in both visuals and sound. It’s a step back from where the group was going musically from Blooming Period though maybe that’s the influence of Park Kyung as a composer versus Zico‘s usual collaborator, Poptime.

One strength of “Yesterday” is the use of the rappers as vocalists. Kyung, Zico, and P.O. all sing at some point in the song, with P.O. and Zico also having rap verses. Of course, this takes time away from the actual vocalists (sorry B-Bomb and my poor Taeil), but the vocal variety fits the song so I can’t be too mad. 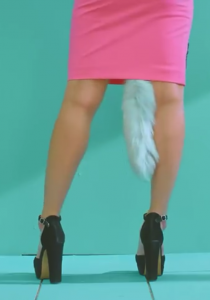 The MV for “Yesterday” is like a sitcom, with many comparing the intro to the show Friends. We follow the boys as they each try to get in contact with their girlfriend with varying degrees of failure. What the boys don’t see is the girl deliberately ignoring their calls and hanging out with another guy. Meanwhile, they are still frantically trying to find out what she’s up to, hence the repetition of the line “What did you do yesterday?”

As they continue to figure out the girl’s whereabouts, they sing “I knew you’re a fox/ But I said nothing” at which point a fox tail is shown hanging from the bottom of the girl’s dress. This is a clear sign that she’s not any good, but unfortunately the guys are hooked as seen from the following lines:

I know everything, but say nothing
I love you that much
Just don’t get caught
Then I’ll say nothing
I’ll do anything 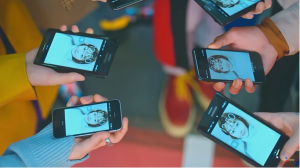 The video makes a twist on the usual MV trope where all the members of a group have the same love interest by making it so none of the guys know it until the end. The reactions of the members to this news is priceless as they all stand staring at their matching lock-screens. The girl is unapologetic. After calling and breaking up with them, she leaves them laying on the ground as she goes about her merry way. Meanwhile, Block B is dazed by the revelation and subsequent ending of their relationship…if you could call it that.

All in all, “Yesterday” is a song with a fun video and catchy chorus, but it doesn’t bring anything new to the table for Block B. I wanted to like this comeback more than I do, but as a fan it’s good to see them making music as a group. Hopefully this is a sign of more to come, though with a few tweaks so they continue to grow.