Side B: Growing Up with BTS 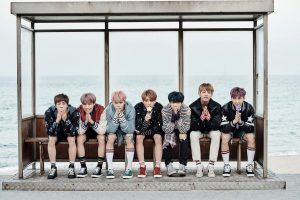 It seems odd to me that I found it challenging to pick my top BTS B-sides because I know all their songs like the back of my hand. But perhaps that’s exactly why.

13 June marked the boys’ fourth anniversary together, and I was transported back into 2013 when they just entered the scene with “No More Dream”, donned in baggy hip-hop apparels and thick eyeliner (not forgetting Rap Monster’s sunglasses, which was joked to be surgically sewn onto him). Fast forward and we’re halfway done with 2017.

Groups come and go – we’ve witnessed various groups who’ve mindlessly followed the rebel hip-hop style trend and failed. But the boys from Big Hit Entertainment managed to break through the competitive sea of idol groups and since then, the musical landscape has profited significantly from the birth of the promising group.

Throughout the past four years, the boys have racked up a spectacular glut of music, achievements and nods, raising them to the realm of K-pop’s elite. From clinching an all-kill on global music charts to becoming the first K-pop group ever to attend the prestigious Billboard Music Awards and actually win an award, the boys are determined to transcend beyond the traditional K-pop borders and dominate the cosmos.

But besides the quintessential “Fire”, “Blood Sweat and Tears” and “Spring Day”, it’s also important to focus on their introspective B-side repertoire (I personally have a long list). Though their roots consist of strong hip-hop elements, they’ve also ventured into multifarious genres while keeping their sonic sound intact. But one consistent attribute would be their conscious lyrical approach, so I’ve settled on B-sides with lyrics that revolve around prominent metaphorical representations.

The septet’s 3rd EP The Most Beautiful Moment in Life Pt. 1 marked the first installment of the series on youth and growth, and it also marked the influx of theories which bred the cause of many headaches.

“Move” is a heartfelt song which touches on the bittersweet memories of being a trainee and “living” in Big Hit’s dance studio. A song that plays on maudlin nostalgia, it’s also topped with a glimpse of optimism, with lyrics that reek of such earnestness and rawness, expressing the members’ sincere sentiments about moving on from the past.

This place smells like us
Let’s not forget this scent, wherever we are
We cried a lot and laughed a lot but it was so beautiful
Nonhyungdong, 3rd floor, thank you

When I first came across the title “Whalien 52” in The Most Beautiful Moment in Life Pt. 2‘s tracklist, I did a double take. Did they just write a song about whales? Yes, they did – the 52-Hertz Whale specifically, a.k.a the loneliest whale in the world. It emits a frequency of 52 Hertz, double the average frequency of whale song of other species, thus causing it to often travel in solitude.

In the middle of the vast ocean
One whale speaks softly and lonelily
The fact that no matter how much they shout, it won’t reach
Makes them so gravely lonely that they quietly shut their mouths

An amalgamation of the whale’s name and the idea of alienation from people around you, “Whalien 52” hopes to uplift. The layering of harmonies and raps are seamlessly infused with synth sounds and a piano foundation which cushions the groove of the song, making it a classic rejuvenating song when feeling bummed out.

Cyphers, one of BTS’ distinctive trademarks, prominently highlight the strengths of the rap line. A total of 4 thus far, the trio is on a prowl with their earworm-laden cyphers. The epitome of angst and sharp disdain, “Cypher PT.3 – KILLER” featuring Supreme Boi is my ride or die.

I don’t know which is better – Rap Monster’s voice which rolls on like an irresistible tidal wave, Suga’s uncontrolled rap that charges at full speed towards the end or J-Hope‘s almost-lunatic rhyming, but it’s concluded that their wittily crude lyrics can sure sting. Maybe we all revel in the slick lyrics that threaten with attitude and vitriol, or maybe we’re just suckers for their malicious dissing game.

BTS is no stranger to plagiarism accusations and fan wars – “Dead Leaves” sparked the most fire between fans of BTS and Exo for sounding similar to the latter’s “They Never Know”. However, “They Never Know” producer MZMC revealed that both songs simply used a loop from the same sound library, which can also be heard  “Deadroses,” by American artist Blackbear.

The song kicks off with faint synth sounds, followed by Jungkook’s dreamy adlibs, which then dives into the first verse by Jin (heck yes!). It might sound a tad messy at first, due to the multiple layering of adlibs and harmonies, but give it another try and its unique sonic sound will start to haunt.

Over there, the autumn leaves that look like they’re at stake
Seem like they’re looking at us
If our hands touch, even if it’s all at once
It only seems like it’s going to be crumbs

Big Hit’s trust in Suga for producing is evident here and you can almost hear his dominating influence in this beautiful masterpiece.

Most K-pop acts shy away from addressing political and social issues but BTS is one of the few to challenge this norm with songs like “Spine Breaker”. With an old school hip-hop melody characterized by the repetitive “lalala”, “Spine Breaker” is one interesting song lyrically and tonally. Its thought-provoking lyrics confront the issue of excessive splurging, a common issue teenagers face nowadays.

In the padded jacket, your greed fills it up
Even after seeing your parents’ curved spines, you’re so coldhearted
You complain that all your friends have it and that they should buy it for you

They mock those who splurge on expensive items to maintain their social class at the expense of breaking their parents’ spines from helming the expenses. Dipping into a rougher delivery, V stole the spotlight here – it’s pleasing to know that his low grating voice can finally shine, without being construed to fit BTS’ tough-natured songs such as “Boy in Luv” and “Danger”.

I think you’d agree that “House of Cards” sounds like an extended piece of The Weeknd’s “Earned It”.  Depicted in their “Run” MV, it is about a precarious relationship that’s at the brink of collapsing like a house of cards. It starts off with a haunting string instrumental, evoking this fleeting feeling of hanging at the edge of a cliff but just as you’re about to fall into a trance, Jungkook’s raspy voice rings in your ear and the rest of the vocal line follow suit.

A house made of cards, and us, inside
Even though the end is visible
Even if it’s going to collapse soon

The unfair line distribution has always been part of fans’ laments, so I’m glad that this song is solely for the vocalists to strut their magic, especially Jimin and his sensual falsetto at the climax. But “House of Cards” also marks a refreshing turning point for BTS’ discography and the artistic risk of introducing a jazzy track deserves more than a standing ovation.

There is true beauty in BTS’ catalog, packed with songs to jam along to, songs that make you question about life, and songs to seek solace in – basically, music that everyone can appreciate. Yet, these only give us a tasteful glimpse of what the septet has up their sleeves and I can’t wait to see what else they’ll throw us off with in the near future. An honorable mention goes to the recently released “4 O’Clock” by V and Rap Monster for their 2017 FESTA, which depicts the essence of dawn.

Having followed the boys since their unadulterated debut, growth is the word I’d use to describe them. BTS is endowed with so much talent and potential, and the effort they put in their musical growth is simply lauding. As long as they continue to creatively incorporate their philosophy into their music and venture deeper in that direction, they’ll never have to walk alone as I’m here to stay — and I speak on behalf of all ARMYs.