After taking a day off to catch our breaths, we head back into the action. Only four remain in this year’s Seoulbeats March Madness and the competition is up for grabs. Also currently up for grabs are the top three spots of our Pick ‘Em contest which will earn cash prizes. Take a look at our current leaderboard.

While the leaderboard is sorted by ‘Current Score,’ the score to really pay attention to is ‘Max Score’ because that indicates the potential final score that each contestant can achieve. For example, if your selected winner has already been knocked out of the competition, then that significantly lowers your ‘Max Score.’ Best of luck to all our contestants in the final two rounds! 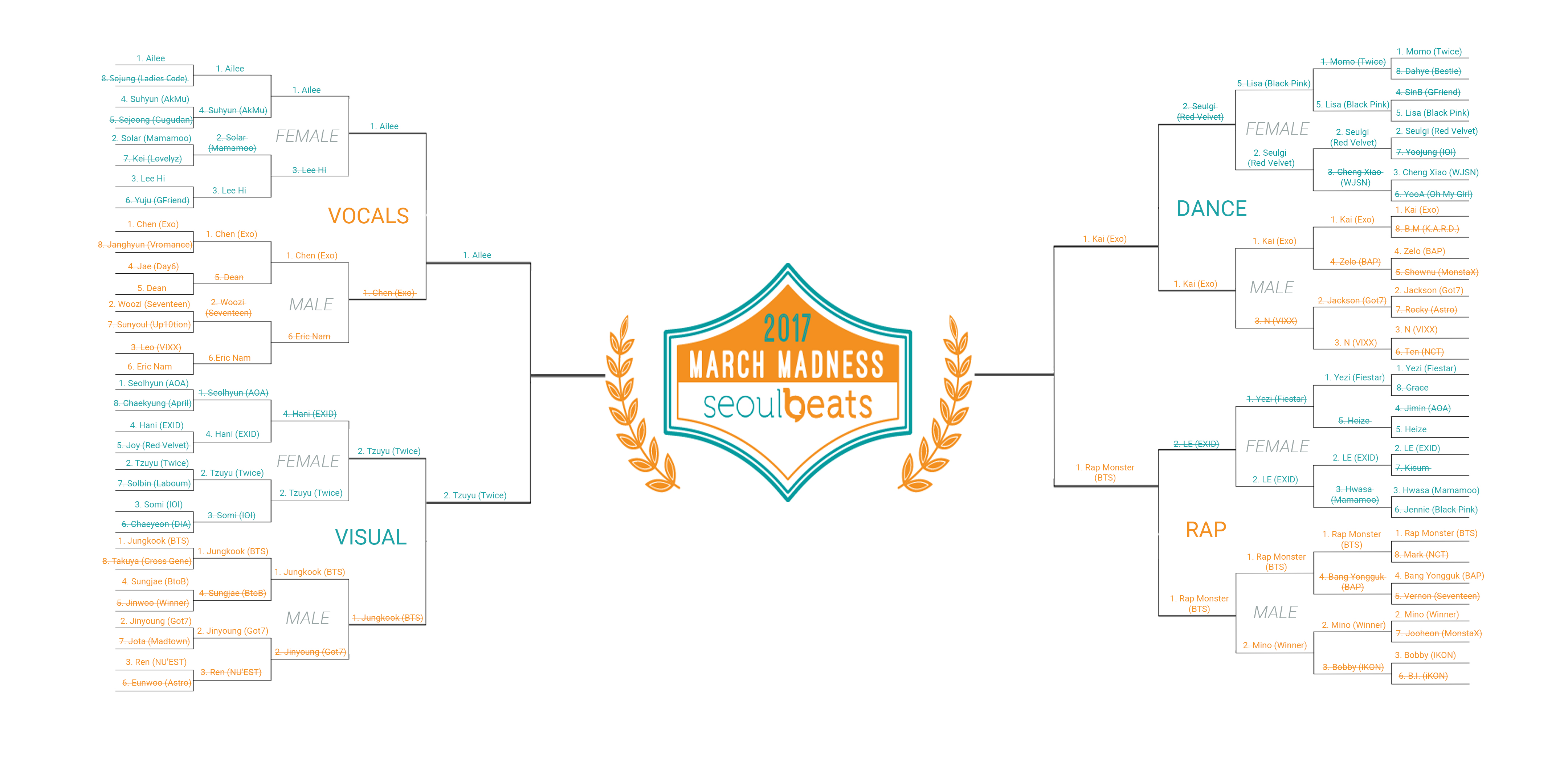 Some interesting decisions to make in this round. As we move past the categories, there’s really no indicator to direct us on who to choose. It’s simply a matter of who you like more. Kai or Rap Monster? Ailee or Tzuyu? There is no right or wrong answer; there are only tough choices that we’re forced to live with.

The polls will close on Monday, March 27 at 11:59 PM EST. Note that for these last two rounds, there is less time to vote. The Championship round will begin promptly on Tuesday and the entire competition will conclude on Wednesday, March 29. Vote responsibly!