Rap Monster and Wale Signal a "Change" in East-West Collabs 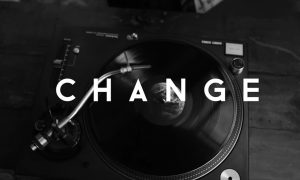 We’ve all read the stories of idols who’ve attempted to gain attention from a Western audience, in particular, the United States. That’s not to say nobody is looking to break into the European scene, but there is something to be said once you gain a foothold in the American market. Look at the list: Adele, Justin Bieber, Drake, Rihanna, One Direction, etc. Regardless of whether you like their music or not, let’s not overlook the impact of getting attention in the U.S. when you’re a non-American artist. It’s like debuting under the Big Three in South Korea — idols are pretty much guaranteed to become popular under their power and influence, even if netizens think they lack talent or good looks.

However, things aren’t the same as they were five years ago. Emerging platforms have given smaller companies a better chance at competing with the oligopoly of larger ones by allowing them full access to a global audience. Thanks to the growth of social media, K-pop has found a larger market that isn’t limited to a couple of countries. In fact, social media has become so influential that it’s also presenting idols with opportunities to connect with their favorite Western artists, which is how we ended up here.

An innocuous tweet by a fan of both Wale and Rap Monster lead to a collaboration that could be the start of more promising pairings between K-pop and Western artists. Originally, I expected this exchange to yield about as much results as a fart in the wind since it’s not always a guarantee that an actual collab will happen when a Western artist shouts out a K-pop idol. Even if the collab is a go, it doesn’t mean it will be good. Much to my surprise, not only did Wale follow through with his desire to work with Rap Monster, but they created a meaningful song that speaks to the social issues of South Korea and the United States.

What’s notable here is that Rap Monster starts off the song and video. Rather than reduce Rap Monster’s role to a feature, he’s given equal billing as he shares the pre-chorus and chorus with Wale throughout the song. He’s not being thrown into the song as a novelty that Wale discovered; he’s an actual partner in rhyme. This is part of the reason why this collaboration works.

Another commendable trait is the theme of the song itself. It’s steeped in social commentary, which is a risky move for both artists considering the political climates of their countries. While Rap Monster doesn’t touch on the recent impeachment of former president Park Geun-hye, he does continue to tackle more peer-oriented issues. He raps about the pressures South Korean youth face to succeed and how it cultivates a toxic online culture. This may come off as softball safe to cynics, but let’s not forget Rap Monster is still an idol. His public role mutes him to a fault, so he tackles these subjects as covertly as possible. If he was American, it would be another story, which brings me to Wale. 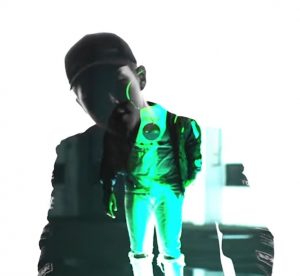 Coming from the west, it’s expected that Wale is less reserved in his expression. He does not disappoint as he takes a shot at the Americans who don’t vote, the alt-right, and racist police. He also takes a moment to shout out BTS and ARMY, which thematically seems out of place, but the laid-back pop synth beat complements these lyrics. Besides, let’s not act like ARMY didn’t lose their damn minds when they heard “BTS IS THE AAAARRRRMMMYYY!!!”

At this point, we’ve only seen Wale and Rap Monster in separate scenes, but with a minute left, the beat drops and changes tempo as we’re greeted with a visual of both rappers in the same room together. They volley bars back and forth as they interact with each other. At the end, we’re treated with a lighthearted moment as Wale moonwalks out of the frame while Rap Monster laughs at the sight. My inner mush ball loved this for no other reason than knowing that Rap Monster had to be thrilled to work with someone he admired.

Going into the other visual aspects of this video, I want to point out what else made this collaboration unique. As I mentioned, there is an underlying sense of respect between both rappers, which is not only heard, but seen as well. Not only did both men get equal screen time, but their silhouettes intertwined with each other during their earlier verses. This suggests a connection that extends beyond music; they relate on a personal level with the other person’s grievances. This shared sympathy echoes the theme of the song that calls for a change in attitude from society as a whole. Clearly, that change can only be achieved through compassion. 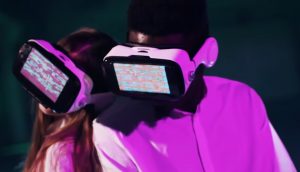 Aside from seeing themselves in each other, there are other people featured in the silhouettes. There’s something quietly poetic about the juxtaposition of their introduction in relation to how we see them later in the video. For example, we see an interracial couple leaning on each other for support, but when we see them again, they’re wearing virtual reality headsets. Could this be commentary on how couples disconnect from real human connection for a fake reality? Think about all of those social media posts by couples that appear to be living the perfect life. Maybe it’s an allusion to a need for people to portray their online selves differently from their offline selves.

There’s the student who escapes the pressures of studying by immersing herself in television and internet. A tattooed man expresses his feelings through his body art. An office worker finds himself literally tied down to his occupation. A handcuffed politician casually smokes a cigar while speaking to the press. It’s a lot to take in all at once.

I don’t necessarily hate this trait of the video, but it does hit a little too on the nose for social commentary. However, considering how difficult it is to digest anything with deep meaning in a BTS-related video, I’m actually grateful for the straightforward approach. For once, I didn’t feel like a clueless dingus trying to decipher a million clues about the video’s hidden message.

I liked this video for a number of reasons, but what truly won me was the chemistry between Wale and Rap Monster at the end. In both the song and video, there exists a mutual respect and bond between two rappers from different continents. It’s amazing to see that k-pop has come far enough to allow such a pairing to even happen. Hopefully, we’ll continue getting more collaborations of this caliber.