And just like that, only 16 contestants remain in Seoulbeats March Madness 2016: Battle of the Classes. There were some seriously hard-fought close battles in the round of 32, two of which went down to the very last second. Poor Bobby and Tzuyu were knocked out by the slimmest of margins, a matter of only a few votes. Where were you when your faves were in trouble?

The winner of this round will be crowned the king and queen of their respective classes. Who will you vote into this year’s royal court? 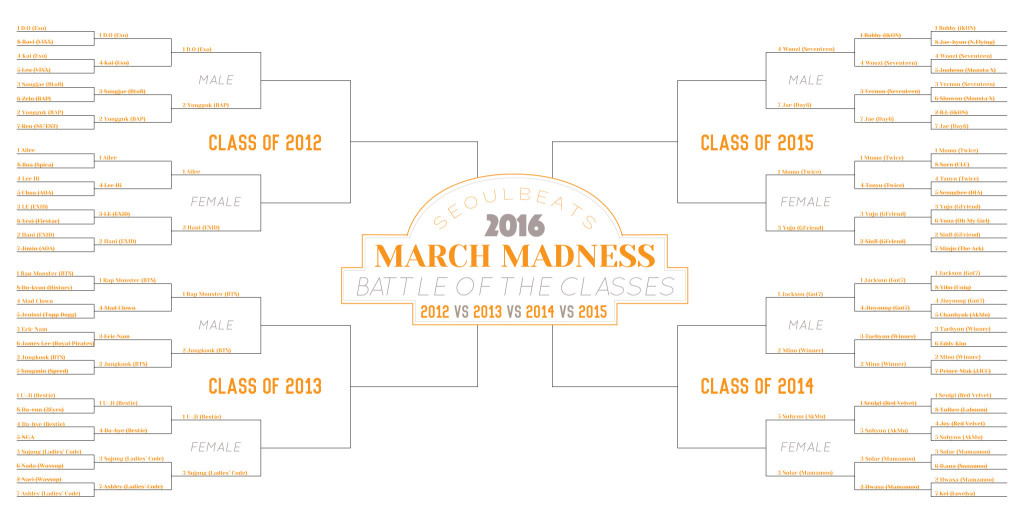 The biggest underdogs to have bested the odds so far have been Jae and Suhyun, having already pulled off upsets in consecutive rounds. Will their streak continue or will it be midnight for these Cinderellas?

As the contestants dwindle, there are less polls and shorter rounds. You have until Thursday March 24 11:59 PM EST to decide who will move onto the Elite 8. Remember, your vote counts for 100% of the final result so vote early and then (because the number of votes is limited by IP address) sit around with your fingers crossed?