Hyomin's "Sketch" Is No Masterpiece 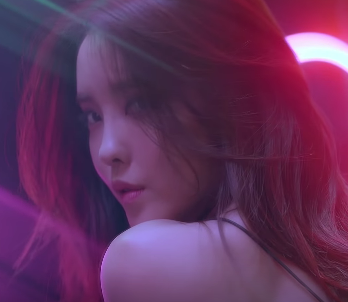 While MBK Entertainment is certainly trying to capitalize on the trend of idol soloists with T-ara’s Eunjung and Jiyeon, with Hyomin it is definitely going with the tried-and-true sexy concept. There’s nothing wrong with a sexy concept, but the rumors of Hyomin’s “Sketch” teaser photos with her top edited out soon raised questions of idol consent. How comfortable is Hyomin with this sexy concept? If she wanted to pose semi-nude, there’s nothing wrong with that, but if it was removed digitally without her consent, that’s crossing the line. However, the rumors are inconclusive, and Hyomin liking fan edited images of her teaser photos featuring her wearing a top is not strong enough evidence.

Regardless of that controversy, “Sketch” is very different from her Brave Sound produced “Nice Body” solo debut. While “Nice Body” had her trademark breathy vocals, Sketch is more of a slow ’90s R&B jam. R&B songs have more of a minimalist backing track in order to focus on the melodic line, usually filled with adlibs. Whether by choice of artist or from the songwriter, “Sketch” rarely deviates from the melody with Hyomin essentially singing the song the same way straight through.

The only dynamics in the song exist where Hyomin lets her voice become breathy, causing the song to sound quieter and sweeter, but then she reverts back to her normal singing volume: it’s a fairly staid R&B song, and the singing execution does not work in its favor, as opposed to, for example, Crush and Zion.T‘s “Just”. 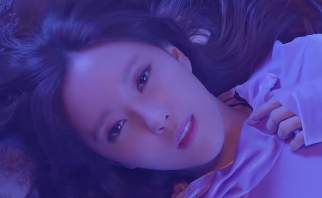 While “Just” doesn’t have large changes in dynamics either, what makes the song vibrant and electric is the execution of the singing lines. The breaths both Crush and Zion.T take while singing and the freedom they have with playing with the melody keep the song interesting despite the pretty simple backing track, unlike “Sketch.”

The sole strength of “Sketch” is through the production, which is a bit different from the typical slow R&B song with electronic elements especially evident in the bridge. And where the rap breakdown usually would be, “Sketch” has no rapping or singing for that matter, which is unique but doesn’t make the song particularly memorable.

As for the MV itself, MBK Entertainment released two versions: a sexy version and an official version in order to bypass censorship. For the most part, they are the same except for Hyomin pulling off her shirt to reveal her bra and the somewhat disturbing close-ups of her underwear. Thankfully, the shots don’t linger and cut to full body shots or dance scenes.

The MV’s plot is very simple with Hyomin entering a tattoo parlor, getting a tattoo, making out with said tattoo artist, Nam Goong-min, and then leaving. The lyrics spell out what the MV shows–getting a tattoo is as intimate as having sex.

“I’ll be your canvas.

You draw me all night long.

Draw what you want to

What having tattoos and sexuality have in common in Korea are that the public doesn’t view them positively. Tattoos are covered on TV because of the connotation they have with gangs, and because of that, there is a law that only allows licensed doctors to give tattoos. Along the same vein, overt sexuality is not viewed upon positively. South Korean culture is very conservative, and sex education in the school systems doesn’t teach facts about protection and instead teaches abstinence.

However, the music video doesn’t draw these connections. “Sketch” isn’t trying to make a social commentary on how tattoos and sex are similar due to the negative opinion of the public. If the MV or producer was trying to make a point, the focus on the MV should have been composed of fewer shots of Hyomin writhing on bed sheets and more of the tattooing process. Instead, the metaphor of tattoos being akin to sex is probably utilized so Hyomin can sing about sex without being explicit. It functions as a method of getting past banning restrictions while still being about sex.

The music video’s sexual symbolism is rather obvious: a bitten, milk-soaked strawberry staining the white background red and the scattered rose petals. Even some of the dance scenes have a reddish tinge to them as red is the color of passion, love, and sex. It can be a very animalistic color, which is why it makes sense that Hyomin’s tattoo is a leopard surrounded by flowers. Hyomin doesn’t get a tattoo of a flower or a butterfly or stars or a dragon, but a predator, a carnivore. The flowers surrounding the leopard are in full bloom, just like Hyomin after her encounter with Nam Goong-nim.

Looking at the music video as a whole, it lacks that addictive quality. The plot is very simple, the symbolism typical, and the acting wasn’t of note. These three factors combined with an average sounding R&B song create a mediocre music video. Fans of Hyomin will probably like this solo venture more than “Nice Body”, but overall “Sketch” is an innocuous but forgettable MV in the amorphous landscape of K-pop.

Hyomin Shows Off a Bright but Forgettable “Allure” 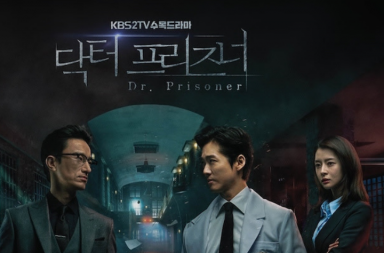