Welcome back to Seoulbeats March Madness 2016: Battle of the Sexes. The final eight have been selected and what has been previously billed as Battle of the Classes has reached its penultimate moment where the top male and female representatives from each class will duke it out for the rightful crown of his or her respective class. From there, the classes will finally clash in the semi-final round, also known as the Final Four.

But for this round, one question remains: will it be the guys or the girls? Will the boys sweep the top four spots and move on to the next round or will the girls have what it takes to move on? 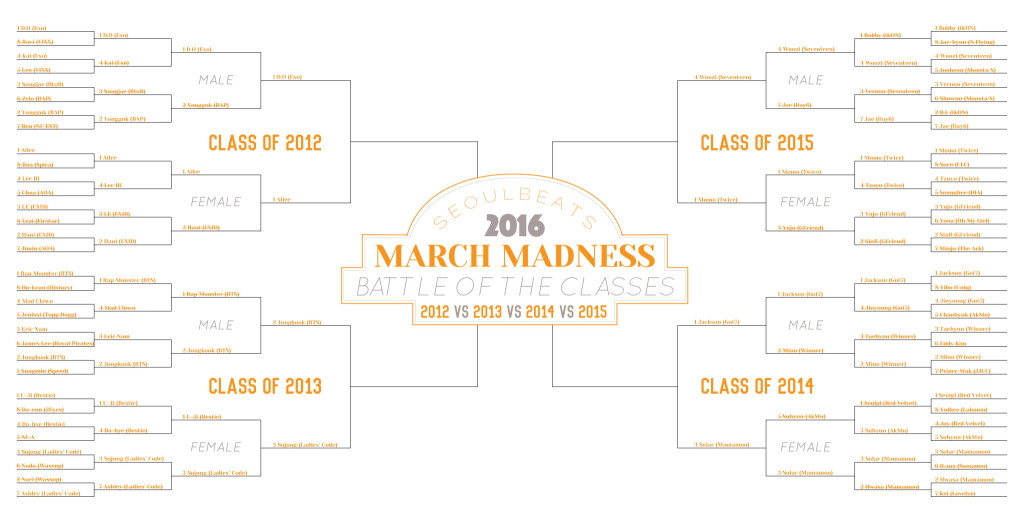