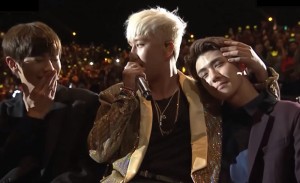 Hello everyone and welcome to this week’s installment of Comments of the Week, where we showcase some of our favorite comments from articles posted this week. Before that, let’s have a rundown of this week’s Seoulbeats articles.

In music, we reviewed Baek Yerin‘s album, Frank, and BTS‘ The Most Beautiful Moment in Life Pt. 2. In music videos, there were reviews on Psy‘s “Daddy,” and BTS’ “Run.”

As it is awards season, there was a recap of this year’s MAMA.

Ex-Seoulbeats writer, Nicholas, temporarily returned with a guest post and finished his two part series on the state of girl groups in 2015. In another socio-cultural article, Cjontai wrote about the 8 types of fans who ruin it all for everyone.

For regular Seoulbeats segments, the Roundtable focused on the writer’s favorite MAMA performances, a Spotlight on the actor, Ji-soo, SB Mixtape on running or chasing themed songs, For Your Viewing Pleasure on simple and sophisticated clothes, and the Best of Weekly Music Shows.

Finally, let’s get to some of our favorite comments:

I’m generally creeped out by “pedonoonas” and the like. It’s cool to like idols that are much younger than you, but once you start pulling out ‘I can’t wait until he’s legal” in a sexual manner I’m backing away from you. 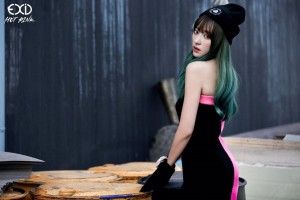 People are so funny about EXID. They want another Up&Down major hit… but then accuse all their follow ups of being Up&Down v 2. Maybe it’s easier to not care how similar or dissimilar Ah Yeah and Hot Pink sound to their other stuff when those are the only three songs in EXID’s promotions I’ve ever liked. xD

The only thing I don’t like about Hot Pink are the weird ass outfits their company keeps putting them in. For a company that capitalized on Hani looking hot as hell, you’d think they could find something a little more flattering.

‘Run’ and ‘I Need You’ work really well to link the two mini albums together and consistency of concept, whether it be IU‘s ‘Chat-Shire’ or BEG‘S ‘Basic’ is always appreciated! I enjoyed ‘Run’ a lot better than BTS’s previous work simply because I had to watch it multiple times to focus on the various aspects of plot, clothing, location and parallels with ‘I Need You’. Creating puzzles like this to keep fans on their toes sort of adds to a sense of participation apart from the whole buying music and voting function, judging by the number of fan theories floating around!!

The several themes of angst, loneliness, friendship, loss, yearning for freedom etc etc contribute to the complexity of the MV which distinguishes it from your typical easy listening, easy viewing situation usually associated with pop music but I couldn’t help but think of EXO‘s ‘Love me Right’ MV which deals with the same sense of frustration and dissociation. But while the latter is more stylistic and tending towards the realm of abstraction, ‘Run’ deals with and portrays conflicting emotions in the same frame which gives it a more realistic touch. That initial scene of birds flying across the grey sky accompanied by that guitar struck the right chord (pun intended) and while I’m not a huge fan of the synthesized voice-sounds they threw in there, the song is otherwise quite excellent! They’ve played the concept out to its fullest potential but I hope to a higher power that they will leave it at that and move on to something even better.

That’s it for this week! As always, thank you to you all for reading and commenting!