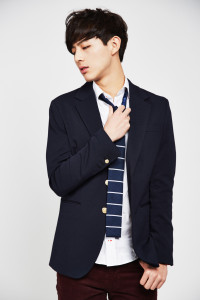 This year saw the recognition of a number of rookie actors, among which Ji-soo emerges as one that captured hearts the hearts of many through his loveable roles in his recent works. The young 22-year-old actor has had a busy year with his one-after-another of successful projects – Angry Mom, One Way Trip and Sassy Go Go, and his impressive performances in all are proving him to be an actor to look out for.

Despite being placed in the category of “rookie actor,” Ji-soo is no stranger to the big or small screen. Having debuted in early 2009, Ji-soo had undertaken a number of short film projects prior to his big breakout work. He also acted in a few full-length movies, including Han Gong-joo, in which he played a minor role, and Seoul Mates, an original film he starred in as a lead, which interestingly saw him acting alongside a partially foreign cast. In addition, he acted in the drama Love Frequency 37.2 last year, but that ended its run after a mere 6 episodes.

His surge in popularity only truly came about early this year, following the airing of MBC’s drama Angry Mom, which he acted in alongside big names such as Kim Hee-sun, Kim Hee-won and Kim Yoo-jung. Within the drama, Ji-soo played the character of Go Bok-dong, who was introduced initially as a delinquent and a frightening high-school bully, but this tough façade quickly fell apart to reveal a more endearing side of him as he developed a puppy love for the drama’s main character, a mother posing as a high-school student.

Interestingly enough, his character appears to align closely with his personality in real life – according to his co-stars, although he appears manly and rough around the edges on the outside, his hidden charm is his unexpected cuteness on the inside. Within Angry Mom, Ji-soo’s acting perfectly captured the simultaneously existing gruff and awkward sides of Bok-dong, catapulting him into the position of viewers’ favourite. 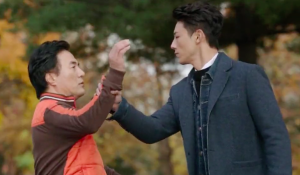 It seems that since then, Ji-soo has either become adept at or known for his portrayal of tough, young characters (especially high-schoolers), as his subsequent castings all involve roles based rudimentarily off this image. One Way Trip, a movie he began filming for immediately after the completion of Angry Mom, saw him playing the part of the character Yong-bi, who is a 20-year-old that can be rough at times, but who treasures his three friends.

Closer to the end of this year, his KBS drama Sassy Go Go has just finished airing, in which he played high-schooler Seo Ha-joon, who has high grades but faces even higher expectations from his abusive father. Like Go Bok-dong, Ha-joon appears cold and occasionally violent to those who are not close to him, yet can be extremely sweet to those he likes.

And while his one-sided love acting (in this case, towards female lead Kang Yeon-doo played by A Pink’s Eunji) was as endearing as ever to watch, perhaps one of the best indications of his qualification as a “good actor” probably lies in his ability to deal with the complexities behind these youthful characters. Ha-joon’s dark back story involves multiple suicide attempts as a result of the pressure from Ha-joon’s father. In the case of Angry Mom, Bok-dong lacks familial love and is forced to find a family in his brother’s gangster friend.

In the few emotional scenes he has in either drama, his tears tug at your heartstrings, and when he finally stands up against those that have oppressed him for long periods of time, you automatically want to give root for him and give him a round of applause. 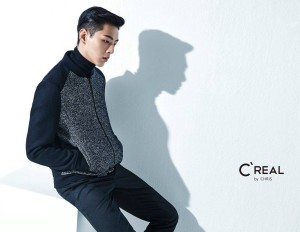 In terms of how what is to come in the future, the actor has also been doing some modelling since his rise in fame, which is barely surprising – with his proportions, it’d be a waste for him to not have some ambitions in that field.

Furthermore, with two successful supporting roles under his belt, Ji-soo has been very recently announced to have landed his first lead role in a drama in Page Turner, a 3-episode KBS drama special. He is to be an athlete whose life becomes intertwined with an arts student (played by Kim So-hyun) after an accident. The drama already looks promising, given it is being written by Park Hye-ryun, the writer behind Secret Garden, I Hear Your Voice and Pinocchio.

It’s not easy for rookie actors to overcome being overshadowed by their bigger named co-stars, but Ji-soo is one that has held his own in his successful portrayal of the rough-but-loveable characters he’s played. He’s the new kid in school who has been catching up and fitting in at an alarmingly fast pace, and here’s wishing Ji-soo all the more success in his future endeavours!