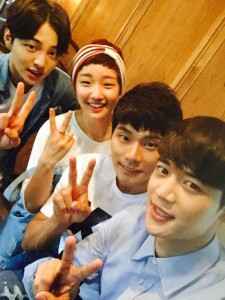 Hi everyone, and Happy Sunday!

This week saw the return of the one and only Choi Minho to K-drama! The Shinee member takes on the lead role in Because It’s The First Time, OnStyle‘s first in-house drama. And you know I watched every second of that first episode, just as I will the rest.

That’s where our latest SB quiz comes in: a dozen or so questions about Minho’s face and where you can find it on social media.

Minho does not have any of his own SNS accounts, but that doesn’t seem to stop him from turning up on everyone else’s. Of the selcas below, can you identify all of the accounts they originate from?

Only one way to find out:

How well did you do? Tell us your score in the comments!