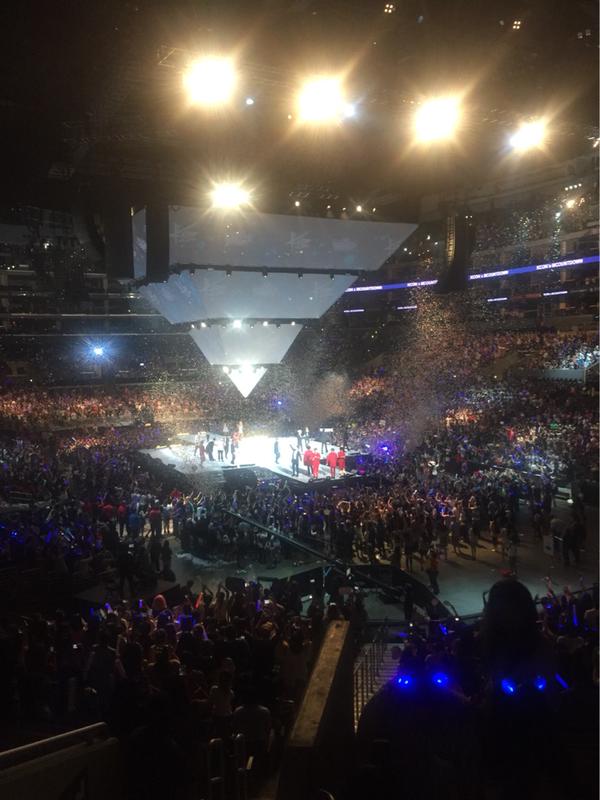 It’s that time of year again: Kcon is back! For 2015, the American convention for all things Hallyu has seen a lot of exciting changes: an indoor venue, an extra day of panels in LA, a new one-day convention in New York, among others.

This year also sees what could be the greatest number of Seoulbeats writers in the once place! My fellow colleagues have been attending — and participating in — panels, giving away posters and albums, and meeting fellow K-pop fans in the flesh.

If you, like myself, aren’t in LA to soak up the atmosphere (and sun), you can still keep tabs of happenings in LA via the Seoulbeats Twitter account; our writers have just finished livetweeting the first concert, and they’ll be doing the same for tonight’s performances!

And if you are lucky enough to be at Kcon LA this year, be sure to say “Hi” to our writers there; I promise they don’t bite! And who knows, you could even snag some sweet merch, a chance to feature in our Kcon coverage, or both!

Speaking of coverage, we’ll be putting up our review of the concerts and round-up of the convention real soon, so keep an eye out for them!

But while we’re still in the moment, what do you think are the most remarkable things that have happened this year: Was it the Got7 and Monsta X joint stage? Or maybe hearing The Maze Runner star Ki Hong Lee fanboying over Won Bin? And did someone say fanfic open mic?