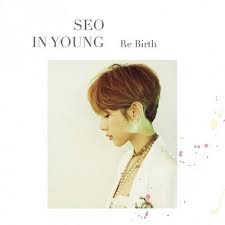 Seo In-young, once a member of Jewelry and now a soloist, has come back with a new mini-album. The mini, entitled ReBirth, showcases yet another new direction as she attempts to recover from her We Got Married stint and the bitch image she acquired from it. On that count, ReBirth succeeds quite well — there’s nothing remotely bitchy about this release.

“Lie” is both the opening track and the title track of ReBirth, which is a tall order for any song, but one that “Lie” meets quite well. It has a retro sound, drawing inspiration from late ’20s jazz and big band music. It sounds like something from a speakeasy, especially the slow-crooned chorus. This makes for a song that is unique in the current K-pop landscape, a nice change from all the electro-pop and hip-hop. Unfortunately, this also works against featuring artist Kanto from Troy — his rap, good as it is, doesn’t fit with “Lie” the way a singer would.

A gentle counterpoint to “Lie,” “You’re A Mess” starts off slow and sedate. Until the record scratches, and the song transforms into a much edgier piece. “You’re A Mess” still acts as a follow-up to “Lie,” but it’s anything but gentle and forgiving. Instead, “You’re A Mess” is confirmation that the course of action taken by the previous song, namely dumping a lying boyfriend, was the right one. It’s surprisingly strong for a song built on Spanish guitar and delicate piano, but that’s to its credit, as it crafts a more refined sound that undercuts the harshness of the song.

The final track, “On & On,” is the best song on ReBirth. This is funk done right, what with the actual energy and build to a musical climax and all. Unlike the previous three tracks, “On & On” is actually about a successful relationship, which is mirrored in the instrumentation. The use of trumpets during the chorus, when paired with Seo In-Young’s delicate vocals, gives the track an uplifting lilt. It’s a bright and inspiring song that is ten times more refreshing considering the rest of ReBirth is about bad relationships. 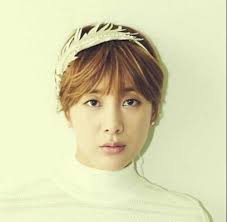 While the songs on ReBirth are mostly good, the mini has a teensy, little, glaring problem: it goes in one ear and out the other. As pleasant or unique as the songs are, none of them stick in your head for more than ten seconds. I could have sworn I hadn’t listened to any of these songs before on two separate occasions, only to realize belatedly that, no, I had. ReBirth might be a more mature direction for her music, but it’s a more forgettable one as well.