What's Not to Love About Seo In-young's "Love Me"? 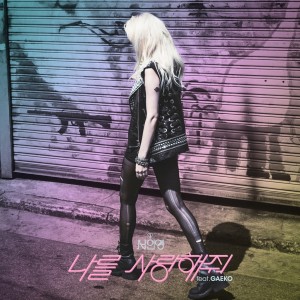 Seo In-young returns for the second time this year with “Love Me,” a jazzy dance-pop gem gifted with a few slick verses from Dynamic Duo’s Gaeko, the ostensible deadbeat dad of the song who, despite laying it down something proper during the track’s conception, has been conspicuously absent from performances and the MV. Luckily, our star has gone light years beyond holding down the fort since the song’s release.

A far cry from her last offering, “Let’s Break Up,” a mournful, country/blues-tinged, acoustic guitar ballad, “Love Me” is stylish, dynamic, and peppy, yet exhibits beautiful restraint—a representation of Seo In-young’s maturity and strong sense of self. Since the former Jewelry dance machine left Star Empire Entertainment last year to start her own label, IY Company, her releases have taken a turn for the voguish. Creative control sees her veer from K-pop’s beaten path—where older idols trade in aegyo for vampishness and sexy business suits—and yielded concepts firmly grounded in imaginative alt fashion.

“Love Me” (the MV and song) is a harmonious marriage of a gorgeous visual concept and a beautifully-produced tune that manages to be accessible, timely, and innovative all at the same time — pop music at its best. The song is gold, while the MV is an urban hipster reverie with Seo In-young looking as beautiful as ever. “Love Me” is amongst the winningest of wins this year. Charlie Sheen tips his hat.[youtube http://www.youtube.com/watch?v=xlY0Wx1nHnk]

The song is an elegantly taut, minimalist dance-pop track with an impossible coolness descended from ‘70’s jazz-funk and early ‘80’s post-disco, and their offspring, ‘90’s acid jazz. It opens with Seo In-young’s chant-like, whispery, spoken vocals and Gaeko doing his best hype-man act atop a Rhodes piano. From here, things build. The drum machine percussion drops, a shape-shifter that morphs from electro-pop to disco throughout, along with the base, funk rhythmic guitar, unassuming strings that swell the soundscape, and synth accents. Gaeko’s cool flow enters at the halfway point and seamlessly fits itself into the fabric of the song. After one last chorus, things end back where they began: with Seo In-young’s softly-spoken vocals over Rhodes piano. 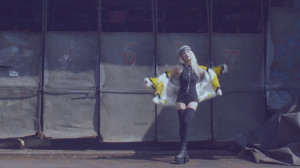 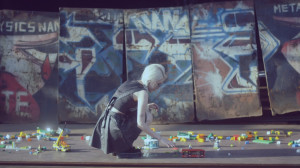 The vocal performances are outstanding in this song. Seo In-young’s vocals are warm, smooth, and dulcet, like honey. Though she has the chops to belt it out, she smartly checks herself and her subtlety allows the dreamy, jazzy melody to shine. Gaeko’s verses still carry his signature attitude, but he scales back the aggression and embraces the coolness of the song. He may dance like a future liger, but that doesn’t mean he always has to roar. The stars’ input, coupled with spot on production, jazzy funkiness, and understated sophistication make this song soar.

The MV is a modish feast for the eyes that cements Seo In-young’s status as a budding style icon and represents the growing importance of fashion in the performance art aspect of K-pop. A smorgasbord of fashion and beauty shots, the vignette shows scene after scene of her prancing the streets like some sort of hipster sprite amidst a backdrop of chicly-derelict, sparse urban landscapes. The lighting gives the MV a slightly ethereal quality. It verges on the ridiculous, to be sure, and maybe even the offensive, as it seems to glamorize and trivialize homelessness and urban decay. But, hey.  What’s fashion without stealing from, misrepresenting, exploiting, and rubbing salt in the wounds of marginalized groups? 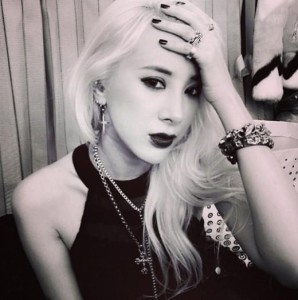 Seo In-young works through somewhere in the ballpark of a bajillion looks in three and a half minutes, becoming somewhat of a female analog of G-Dragon in the video for “Crooked.” She goes from boho-chic to “Like a Prayer”-era Madonna, to rockabilly punk, to skater punk, to glam rock, to anime schoolgirl, to Audrey Hepburn-as-Alice-down-the-rabbit-hole (because that’s totally a thing…or not). In a glam rock look, she pushes a shopping cart down the street wearing thigh-high black boots, short shorts, a scarf tied around her head a la Keith Richards, and a fur coat with a bright, yellow, white, and black zig-zag pattern referencing Charlie Brown’s shirt (in my mind, at least).

In rockabilly punk mode, she plays with legos donning a black, A-line skirt, black mock turtleneck, and Herman Munster platform shoes. In a move that could make Avril Lavigne jealous, Seo In-young graffitis a wall with torn jean shorts, a tee, and her hair peaking from under a knit cap. Scenes like these are interspersed with beautiful close-ups. The girl gives good face! Her frosty, platinum blond locks accentuate her skin tone and features, oddly not washing her out or making her look harsh like that hair color does to nearly every other non-natural blond on earth. Smoky eye makeup gives her peepers a gleam, while red lipstick plays up her mouth’s every movement. And as an expert pouter, she gets tons of mileage out of that cherry hue. She needs to be a red-lipped, platinum blond, jazzy dance-pop, fashion plate forever. She’s never looked or sounded better! 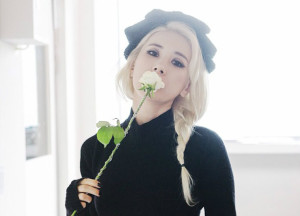 While “Love Me” may express the uncertainty of a woman’s future as she tries to win back the love she’s lost, one thing is for sure. The song is an absolute triumph. With a sophisticated dance-pop sound and a terminally chic MV, it’s Seo In-young’s best offering to date, and a declaration of her self-assuredness and the mastery with which she can integrate the musical and visual elements of K-pop, both equally important in the genre. The song doesn’t even have to ask me to love it. I already do!