Suzy Rumored to be Dating "House of Gu" Co-Star, Again 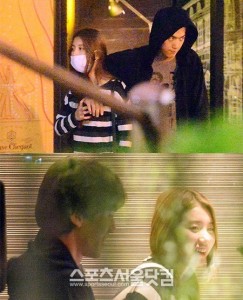 Miss A’s Suzy is no stranger to dating rumors at this point. In the last year she has already been paired up with actor Kim Soo-hyun and actor Lee Seung-Gi. She’s widely considered the “nation’s first love,” so every time a rumor starts about her dating the netizen response is immediate and harsh.

The most recent rumor flying around is that she is dating fellow actor from Book of the House of Gu, Sung Joon. The difference from the previous dating speculation is that this time there are pictures that definitely make the two look close relationship-wise. It’s hard to say whether or not these photos should be taken as concrete “proof” that the two are dating, but they have elicited the usual netizen witch-hunt. Already the “evidence” is springing up everywhere, including blurry photos of Suzy wearing a ring that “may be” a couple ring. 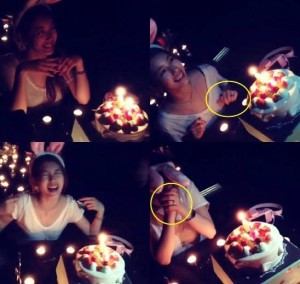 So far, JYP Entertainment is denying that the two are anything other than friends, but the damage has been done. Netizens are making it clear that, either way, Suzy’s reputation is damaged; if she’s dating they can’t accept that, but if she isn’t the she’s indecent for letting Sung Joon touch her. Cries for the truth are ringing loud on the internet, but will we even believe it if it’s told to us? What if they really aren’t dating?

Either way, congratulations to her for having someone she can spend time with and be affectionate with. We at Seoulbeats will be waiting for a hilarious cover-up from JYP if more information is revealed.