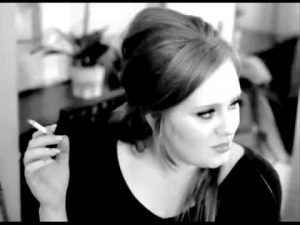 “Rumor has it” is another way of saying “word on the street”; a way of conveniently approaching an opinion or rumor without making it sound like you’re the only one who thinks it. It’s no secret that in a relationship (whether it be before, during or after) if one party catches whiff of a circulating story about themselves or the other person, it has the potential to plant seeds of doubt. Due to its ambiguous nature, rumors can go in many directions. In the words of Adele, “you’ve been telling people things you shouldn’t be”.

In K-pop, there are copious songs on relationships — everything from the good, the bad and the ugly. Where the “bad and the ugly” is concerned, K-pop songs covers breakups, unhealthy relationships, getting over someone, and so on. However, songs that explicitly speak about rumors — the little voice in one’s head that hears the words friends make up and the temptation to believe it — are more of the rare kind.

Most recently, K.A.R.D completed their pre-debut trilogy of songs and, wrapping up their story progression. Their track “Rumor” looks at two different perspectives of suddenly hearing rumors that their ex is seeing someone new. The song displays a back-and-forth conversation of the male members asking “Will you tell me it’s not too late? Please, give me one more chance” and the female members contemplating their conflict with “I thought I would feel nothing, I thought I completely forgot you”.

The song’s back and forth tells looks at the messiness of a breakup and how it feels to have the other person move on too quickly. “Rumor” sets the scene on how damaging it can be to want to believe what someone told you versus the want to believe that they are wrong in their observation to struggling towards accepting the past for what it was and moving forward.

TVXQ‘s “Rumor” tells a very similar story, of how it feels to have the other person believe rumors during the relationship rather than after a break-up. The song looks at how believing in rumors can build up with “Strike one… strike two… strike three” and construct a false image of the other person. TVXQ reads like a instruction guide on the steps to believe the truth of a significant other’s feelings rather than give into the doubts planted by other people. It leaves one with the question : is proving your love to the other person be enough to outweigh the rumors?

Step one, put your hand on my heart
Step two, softly lock eyes with me
Step three, close your ears for a moment and feel the truth
They are just sounds of jealousy 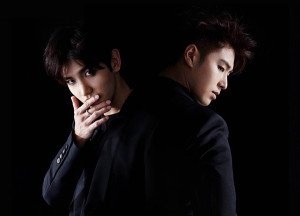 Rumors don’t always start from the mouth of a friend — sometimes it can be the handiwork of the other person in the relationship. 9Muses “Rumor” speaks on the pettiness and judgmental tone that comes with spreading misinformation about someone in order to take them down. The song takes on a candid tone that speaks to the character of someone who tears others down, rather than what they said. It tells off the person to “Mind your own business, You’re so nosy over other people’s businesses” and goes to the heart of the person who spreads rumors to defame someone’s character “You can’t bear to see someone else be happy, You’re poisonous”. This song pulls no punches when it looks into the cruel nature of spreading misinformation and how it has a snowballing effect on the target.

When you gather one by one, it gets bigger,
The oppression of the masses is killer
Wrong words get wrapped as the truth,
Stop it

And then there are songs speak to one of the most general themes when it comes to the idea of rumors in a relationship – infidelity as portrayed by Seo In-young‘s “Lie”.  The story here is of an engaged couple where the girl is dealing with an unfaithful fiancee which he refers to as “My little bad habit” indicating that this is a recurring offense. There is no indication as to when she became aware of his unfaithfulness – it could have been through her own investigation or it could be a rumor that came to truthful fruition. The song speaks to her desire to be rid of him due to his lying and in turn, he attempts to make the situation about him and how he feels seeing her sad face as she’s the only one he has.

In the end, the theme of rumors is a tough one to portray because it requires one to suspend their belief in what they know. There is always a chance that a rumor may be grounded in truth or in lies, something that is impossible to discern when it’s heard from someone else rather than the source. All these songs look at the heart of its messy nature and explores different reactions when placed in a difficult situation that involves another person. I’m certain that there are many other songs that looks into this grey area but the songs altogether show the most emotional range.