A Stretch of the Truth in Seo In-young's "Lie" 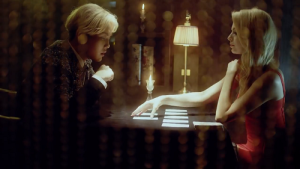 Seo In-young had a series of stellar singles following her leave from Star Empire. “Anymore,” “Let’s Dance,” “Love Me,” and “Thinking of You” have all showcased a confident sounding Elly. Her works have been sharp and her creativity overflowing.

In “Lie,” Seo In-young once again changes things up, by jazzing up an R&B track with a swing brass instrumentation. Kanto of Troy also features heavily in the MV and song as well. It’s a see-saw battle of perspective as he attempts to appease Seo In-young with excuses during the choruses.

The message of the music video though feels a bit muddled to me. Seo In-young plays the girlfriend of Kanto, but her presence is more significant as a conscience lingering over him. She sends him off at the helm of the MV and is only really present as a projection — calling him a liar while shimmering on the brick walls of the old school bar that Kanto is frequenting. There doesn’t seem to be a moral to the MV nor does it quite follow the progression of the lyrics.

The main conflict arrives when a woman in red traipses down the steps and catches his eye. His time spent with her is representative of testing his already preexisting relationship. Kanto takes off his ring and proceeds to play chess and pool in a flirtatious manner. While the ‘flirtatious’ part of his interaction could be debated, the removal of his ring (which is a symbol of promise) and the finger to the lips after the tarot card readings seem to indicate their little rendezvous would be better kept secret — which is dubious. Ultimately, Kanto comes back to Seo In-young. She gives off a gleeful appearance at his return, but after hugging him she gives a longing look in the distance, as if to show that she’s getting tired of the uncertainty she feels (something similar to the look Ailee gives at the end of her “I Will Show You” MV).

Questionable plot aside, the visuals do a decent job of emphasizing the style of the song. The bar setting with its old school record player and its chandeliers give a retro vibe. The color scheme, mostly composed of yellows, red, whites and blacks, helps to emphasize the swing elements of the instrumentation — pulling out the hints of a different era.

The song itself certainly showcases more back and forth struggles between the two. Seo In-young doesn’t want to hear anything from him anymore because she can’t distinguish his truths from lies. Even in the hook she questions him though he tries to assuage her doubts in him (her lines are in parentheses):

Baby, talk to me

“Lie” maintains that a stretched truth in a relationship begets insecurity. With insecurity, there is no trust, and even words that may hold some sincerity will be interpreted as lies. 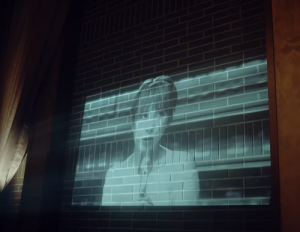 “Lie” is quite the polished production. Seo In-young’s voice has a fiery attitude during the verses — an accusatory tone that swells with distrust. She delicately approaches the subject matter and stings when faced with a specious front. The song has an intriguing swing, which adds an old fashioned flair to the R&B base. The big band undertones are refreshing, retrofitting a rhythm to the song, and the vocal layering helps to elevate the song. The vocal refrains during Kanto’s parts add a pleading and desperate sensibility. The cooing back up during Seo In-young’s verses add emphasis to her words.

Seo In-young has come a long way since she was a member of Jewelry. She may still have an image of being ‘bossy’ that she hasn’t quite been able to shed since her stint on We Got Married with Crown J. Being aware of that misguided perception, she has been showing more vulnerability with her solo releases. Displaying insecurity has allowed different aspects of her character to be revealed to the public. It’s a statement of confidence. She can be an assertive person and also have a vulnerable side. It doesn’t necessarily have to be one or the other, and with “Lie,” Seo In-young shows us a multifaceted individual, who can be hurt but also has the boldness to tell someone she doesn’t trust that she’s done with them.