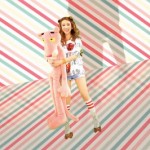 In some ways, it could be an understatement to say that Seo In-young has struggled with in her solo musical career, in spite of her singing abilities. While transitioning from a life beyond idol groups has never been easy, it was certainly not helped by some of her latest music material, which seemed to be largely made up of the hardest, most irritatingly sharp electronic sounds in existence.

While the sounds might have an appeal to those seeking out loud, hyped out dance tracks, or others wanting something different in K-pop, most tended to avoid the songs for how harsh they sounded on repeated listens.

Happily though, Seo has replaced the “experimental” (read: annoying) sound bites for a pop-house inspired sound with her latest release “Alone”. So does her second release “Let’s Dance” carry on with the good work?

The song opens with the synthesized beeps that have come to characterise many a retro disco homage that K-pop is so in love with these days. However, the opening gives way quickly to a far more sophisticated sound, largely based around a drum machine. The chorus though, and the parts that follow it, turn up the funk influences, with a healthy mix of effects thrown in to add to the sound.

Despite the description making the song sound like a mish mash of different genres thrown together, the whole song holds together very well, if cause the various parts of the song flow nicely across and there are well placed common threads, with the underlying rhythm a good example.

Another thing about the song is how it manages to be catchy without really resorting to tactics such as blatant hooks or loud electronic effects to give an artificial punch. While these tricks help with getting listeners, they also wear out the listeners just as quickly, by sounding harsh and annoying after a while over repeated listening. Instead, with a subtly catchy tune, and a better thought out integration of the various parts that make up the song, Seo does well to banish thoughts of her previous “electronic experiments”.

So a pass for the song, but how about the music video? Like the song, it also lays off a fair amount of trickery for a more back to basics approach involving a simple (futuristic) set, an attempt at a story (locating a diamond outside planet earth) and a few dance shots. 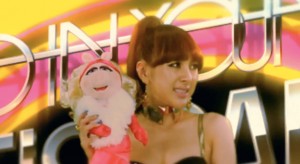 However, unlike the song, the video was really nothing much to write home about. While it may have gotten the job done, and had most of the elements that make up a music video, there was really nothing that screamed “unique” or “particularly special”. Well, apart from the posing with cartoon characters for some of the solo shots.

Summing up, while the song on its own might be just seen as an above average effort, taken in the context of Seo’s last few releases, as well as the quality of “Anymore”, it could be viewed as an overall step in the right direction musically for her. By trading the hard-edged electronic sound for some pop sensibilities, Seo manages to appeal to more traditional tastes, as well as show off her voice better, proving that the self-styled “fashionable diva” is worth giving a chance.

And for all that, in spite of the run-of-the-mill MV, Seo In-young’s latest release gets a 3.8/5 from me, and is worth dancing to.