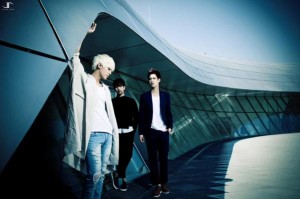 This week, in idols and music, we covered K-pop lyrics and the love-hate dynamic, Seo In-young’s latest MV with Troy‘s Kanto and album ReBirth, OSTs released in May and MBLAQ‘s Mirror comeback

We had the opportunity to interview Juck Juck Grunzie, so check that out and enter our giveaway to win a signed CD!

In fashion and TV topics, we took a look at our favorite performances from last week’s music shows, the next arc in the Warm and Cozy drama and the edgier of the more recent photoshoots.

In socio-cultural topics, we discussed problematic biases and how to deal with them and non-Korean artists that could do K-pop justice.

We also provided our recap of last week and the week before‘s news with our Week in Review segment, and our Roundtable looked at Big Bang vs. Exo (vs. Shinee). Our latest Buzzbeats episode talks K-hip hop, Rap Monster and mixtapes, so go on and give it a listen!

As per usual, I’ve chosen a few comments to highlight this week:

Thanks for this article. I am personally over the self-congratulating “Tumblr warriors” who love to point out every little comment that any idol makes and then decide, based on that one comment, that the idol is racist, sexist, transphobic, homophobic, ableist… the list goes on. Then they decide that anyone who likes that idol is also wrong. Idols (and fans!) are human. They are not perfect. A lot of idols are young and not very educated. Most are also from an isolationist, homogeneous country that is just now starting to diversify. If you want to drag an idol, fine, but sometimes it turns into a ‘my idol is less problematic than your idol” contest which makes me want to give up Kpop altogether. 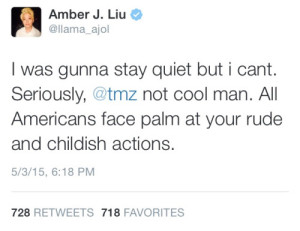 Another thing that bugs me is the Western righteousness that comes along with such draggings. We love to act like Western countries are right in all things – in culture, enlightenment, and ways of thinking. We also assume that everybody knows and respects our cultural norms. I personally have no real firsthand knowledge with Korean culture. What right do I have to tell them that they’re flat out wrong for some things or that they should immediately stop doing something that’s culturally ingrained? Now, obviously some things are wrong on a fundamental human level (racism, colorism, homophobia, etc) but we in the West are still coming to terms with these issues ourselves. S. Korea is slowly adjusting to their new diversity. I personally think you can see a difference in ways of thinking between some younger and older idols. Companies have also gotten savvier with their foreign relations, due to int’l fans, which is a good thing. However, there’s still a cultural struggle in play. If you can communicate to your idol (in their language) that something is wrong, do so, but don’t expect a cultural shift overnight.

Lastly, even if an idol has apologized, people seem to magically forget every time ANY idol messes up. The same names get dragged through the mud time and time again, whether they were to blame for the particular transgression that everyone gets riled about or not. There’s no forgiving in Kpop, apparently.

Sorry for the rant! But as a relatively new Kpop fan, this topic annoys me a lot.

I really can’t stand how when you try to start a conversation about a problematic issue,people are quick to belittle it. Like, “OMG, yet another tumblr warrior, etc…”

Nobody is saying people should stop following their biases. Talking about something offensive that idols have done doesn’t mean we hate them. 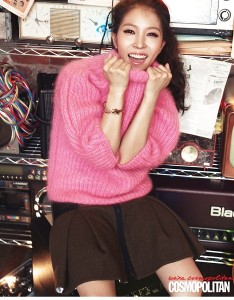 SM‘s favourtism of Exo completely puts me off them. Even within Exo itself SM has favourites Chanyeol, who appears in every variety show, Kai who gets like 90% of the screen time in MV’s, D.O who gets all the acting jobs, Baekhyun use to be in that category before his dating scandal and now he’s been swapped out for Lay, who as the last Chinese member standing has finally been getting some major support. The blatant disregard by SM for not only some of the other members (SUHO) but other company acts is so ridiculous, TVXQ and BOA were SM’s bread and butter for how many years! Shinee brought some relevance back to their company when YG and Big Bang were storming the charts, SNSD put them on such a high pedestal as an idol company and to see these acts get disregarded whilst the babies get an unbelievable amount of marketing annoys me so much.

As musicians I love maybe two Exo songs (Growl and Peter Pan) and like maybe a handful of others they’re certainly talented but the dynamics between the members is far too competitive and slightly petty, everyone is very me, me, me but in a group of 12/10/9 members who wouldn’t be like that? Who wouldn’t do their best to stand out? Although it’s understandable, it’s very off putting, as other groups who debuted around the same time (BTS/BAP/Block B) aren’t like that and groups that are as big as Exo certainly aren’t.

Basically SM is destroying this group, their fan base can only keep them up for so long and without new fans they’ll eventually burn out, I’m hoping Lay jumps ship before then.

Big Bang’s Made singles have all been disappointing, and as a huge VIP it’s soul crushing. Loser and Bae Bae were so underwhelming, Bang Bang Bang was generic posturing and WL2P was a bad throwback to the 90’s. I bought the singles because they’re Big Bang, not because they were good songs. The greatness of the Alive album (I still have Blue and Bad Boy on repeat) has earned them a pass, but I can’t handle anymore bad songs, I wish they’d stayed on hiatus because this could possibly be the last Big Bang album will ever get, TOP has to enlist soon and then it’s all the members back to back, and considering this album took 3 years to be released and YG’s habit of dragging out releases its unlikely will get another BB album and the thought BB ending with this album is terrifying

♥♥ on Roundtable: Big Bang vs. Exo 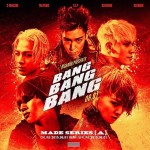 it doesnt matter what your thoughts on the track might be or anything quality wise, on the battle will “win” whoever gets the most support from fans and/or casual listeners. they don’t sell music they sell a brand and no one is a loser on that field seeing how well they are doing in charts and sales

Thank you for continuing to participate in our K-pop discussions and to read our content!