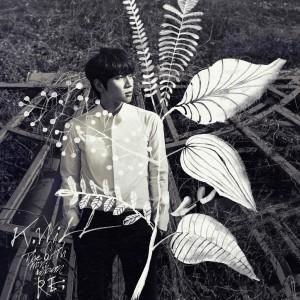 Spring has arrived, and with it comes the soft, fluffy songs about love. Amongst all this, ballad singer K.Will has made his comeback with “Growing,” another lighthearted piece depicting the start of a blooming relationship…oh, wait. Maybe not.

While K.Will’s comeback with “Love Blossom” in the spring of 2013 was a fun song that captured the fresh spirit of the season, his comeback this time around has an opposite effect. Spring isn’t always sunshine and rainbows for everyone — there will always be couples who break up and people who are alone during this cheerful season.

K.Will’s album [RE:] captures these often unsung feelings of loneliness and longing, with the title track “Growing” describing the inability to forget a past love.

“Growing” lives up to its English name in the sense that it appears to show a more mature side of K.Will artistically. By this, I don’t mean I consider his releases in the past immature, but this piece is a step closer to the music of the non-idol ballad singers that are widely appreciated in Korea compared to some of his previous ballads, which may have been more on the pop side. 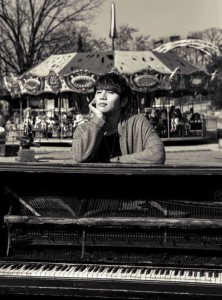 Everything about this comeback takes on a relatively sophisticated appearance, whether it be the track list, the physical appearance of the album or the music video. While I personally prefer pop-ballad singer K.Will, as I feel like his lighthearted music is what differentiates him from other ballad artists, I do think it is worthwhile for the singer to release more solemn music like this song every now and then.

The song itself is a fairly generic ballad, but the emotion in its delivery saves the piece from being plain-sounding. A common pitfall of this genre of music is being overly boring, but “Growing” does a good job of creating rises and falls within the music. The dynamics of the piece follow a logical procession — it starts off with K.Will’s voice being low and hushed, the crescendo leading into each chorus creates an intensifying of emotion. The end of the song is highlighted by the same increase in volume, before the dramatic fall on the last line provides a sense of closure as it ends the song on quiet note. In addition, the falsettos help build the emotion to a climax at the end of each chorus. K.Will’s vocals are impeccable as usual; his powerful and resonant voice convey the desolate tone of the song, and his effortless transitions into falsetto add beauty to the piece. 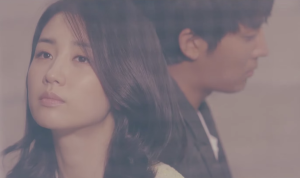 Continuing K.Will’s tradition of never appearing in his music videos, “Growing” stars actors Son Ho-joon and Park Ha-sun. At first glance, the MV seems relatively dull. The majority of the video, after all, is composed of shots of the two characters looking woeful or crying. However, when the details of the video are examined more closely, the story appears to be much more meaningful.

If the purpose of the music video is to cause the audience to empathise with the emotions expressed in the song, I would deem it extremely successful. There were numerous moments that had me going, “Damn, that’s cruel,” with the opening narration being a primary example:

Our love that began in spring

came to an end in spring.

I thought she was kidding.

melted away as well.

The narration sets the mood for the rest of the video, and continuing the idea of playing cruel jokes on the male lead, the first actual scene we witness in “Growing” is Park Ha-sun arriving at Son Ho-joon’s place while he is asleep. This scene isn’t uncommon in MVs and dramas, the woman frequently ending up as a figment of the man’s imagination. However, when Son Ho-joon opens his eyes, Park Ha-sun is still there, at least until he attempts to hug her, at which point he actually wakes up. 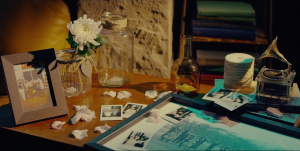 Furthermore, just as K.Will’s “Please Don’t” is famous for its plot twist at the end, “Growing” contains its own plot twist, albeit on a much smaller scale. While the narration suggests the relationship between the two characters ended because of a breakup, the last few seconds of the music video show otherwise.

The flower beside her pictures is replaced by a white chrysanthemum, and Son Ho-joon is seen walking from a memorial. This indicates that Park Ha-sun had actually passed away, making the story even more tragic than it already was. There is also some irony in the way the song is titled in Korean “Flowers Bloom,” yet the music video is full of imagery of flowers withering as a symbol of the end of their relationship, be it the fading rose next to their polaroids or the dandelion that was briefly shown going up in flames. Coupled with the fantastic cinematography, the MV for “Growing” is one well-produced video.

Overall, K.Will’s “Growing” is a unique comeback that isn’t particularly groundbreaking musically but demonstrates K.Will’s artistic growth. Bless K.Will for his shoutout to those who are alone during this cheery season – I’m sure it is appreciated by many. 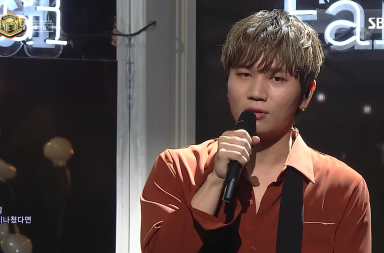