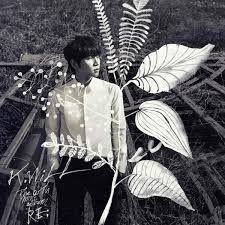 K.Will has been in the industry for almost ten years now. Since signing to Big Hit Entertainment in 2006, he has gone on to change agencies to Starship Entertainment, where he recently re-signed for another contract period. He has released multiple tracks for OSTs and as a solo artist, establishing himself as one of the premier voices in the industry. His recent mini album [re:] is a what you would expect from K.Will, but that is not a bad thing at all.

The first track off the EP is the title song, “Growing.” For this song, K.Will pairs with the composer Kim Dong-hoon. The track sounds like it would be the perfect OST companion song, and K.Will has a warm tone fit for these types of ballads. The lyrics are about someone who realizes that he still has feelings for an old love:

“Sometimes, I dream about someone who’s not you,

but in my heart, your flower keeps growing.”

He relates these feelings that keep coming back seasonally to a flower that blooms unexpectedly; he can’t stop thinking about what has passed.

“Our Song” is my favorite off the mini album. The melody has a nostalgic tint befitting the lyrics. K.Will sings about confronting his sadness through song. It is almost instinct taking over as he is “calling out your name and putting a melody to it.” As he hums the “hmm- hmm- hmm- hmm-” during the chorus, it is almost a way to ease through the song that the two lovers shared. The beat is more prominent, almost masking the pain underlying the story of the two. He wants to comfort himself but he just continues recalling the song they shared.

On the next song, “Regrets,” K.Will shows that he knows how to craft a great ballad. At times familiar, “Regrets” excels as a standard ballad through its use of falsetto and strings. While some ballads lull you into a trance with their blistering orchestra and singing, “Regrets” is able to retain interest with the vocal delivery. K.Will’s ability to go from full voice to falsetto draws the listener into his story. His voice is tender and filled with an aching for mistakes made in the past.

“Away” has a lot of things going on in the production: guitars, strings, and overlapping vocals. For as busy a track as it is, it works because of its unique structure. The almost ‘call and answer’ nature creates a sense of distance. It is almost as if the communication that goes back and forth over time between two people gets pulled and distorted until it is insurmountable.

By far the most lyrically different track on [re:] is “Marry Me?” This uplifting song about marriage has K.Will recalling memories leading to a vision of his wedding. He recounts how he almost lost his lover, but they were able to overcome their misunderstandings. It’s a sweet song about cherishing and remembering love via the institution of marriage. 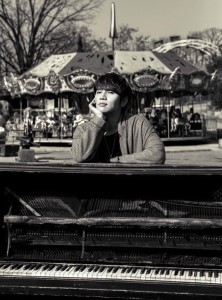 Lastly, “Back in Time” concludes the mini album. The song takes a melodic piano riff and uses it to cast a wistful yearning onto moments shared between two people in a relationship. It is subtle and works because of how patient the vocals are. Initially expecting to hear those booming choruses filled with power, the decision to show restraint in the first chorus adds a sentimental aspect to the story.

K.Will does not disappoint with his work on this mini album. He continues to do what he does best: R&B ballads. [re:] is an emotional roller coaster that deals with heartbreak in many forms. There are flashes of lyrics that appear more personal to him like in “Our Song.” K.Will doesn’t do anything unexpected, but he does give a mature mini album with some very moving songs included on it. Overall, this is another terrific effort from the singer.