Best of Weekly Music Shows is back for another week of great performances! A lot of programs aired music show specials for the Chuseok holiday. Some were throwbacks from earlier this year, and others were overseas concerts. There weren’t any debuts or comebacks, but hopefully, idols got a much deserved break to spend with friends and family.

BTS swept up the awards, resulting in eight total trophies for their “DNA” promotions. Congrats to them!

Although the number of performances were limited, I still found enjoyment in them. Here are a few that caught my eye in the past week.

This song serves as a short intro to the one following it, but it gave his stage a strong impression. His voice sounds so full and warm, an ideal feeling for the beginning of fall; the autumn hues of the set enhanced the mood for a romantic scene. K.Will’s presence transcended through the screen, making me feel all kinds of soft and gushy. I only wish it was a little longer.

It may not be a “live” performance, but I’m still in love with it. When it starts off with only vocals, I’m left speechless. Listen, I know I mentioned this band before, so I should’ve learned some names by now. If I’m correct, Mr. I’m-singing-to-become-your-man who kicked things off is Sam. They all sound so gentle and wonderful. I need to get into them. Everyone should get into them.

Yes, there are two bands on my list! Speaking of groups that deserve more recognition, I don’t know how anyone can overlook Day6, especially with their monthly comebacks. I love Jae‘s voice. It’s like melted butter on French toast with syrup and cinnamon. I sound hungry, but this group makes me feel full. Their charisma oozes through the screen, giving me all of the good tingles.

It’s something about piano and ballet. Unlike some of their previous performances, this one showed off their choreography in a broader picture. I appreciate it more because I can see how each part plays into the song better. The dance really matches well to the song, and I like this softer approach to their choreo.

The weather may be getting cooler, but EXID loves to turn up the temp on stage. The best word to describe this: hot. LE and Hani body rolling against each other was simply delightful. They didn’t need any backup dancers when they possess strong charisma. I couldn’t take my eyes off of Hani, who enchanted me with her presence the most — I’m so glad they performed at this concert.

Readers, what were your favorites from the past week? 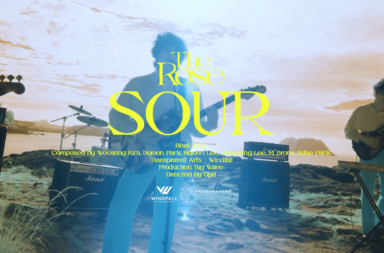 The Rose Color their Story in “Sour”