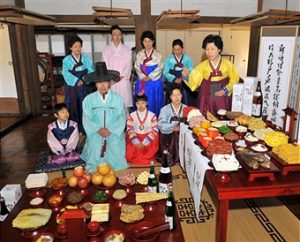 Chuseok is one of the defining fundamentals of Korean life. It is a harvest festival memorializing not only the Korean past through ancestor worship but also its also a cultural celebration. Festivals are a window into a nation’s historicity since they reflect its many facets through age-old traditions which have survived the test of time, but not completely. With each passing generation, rites and rituals are lost and there occurs a cultural dilution. With a booming entertainment industry, which derives much from other parts of the world, it is only obvious that Chuseok too has undergone a metamorphosis so that it can continue to thrive in the new world order.

Chuseok is usually celebrated on the fifteenth day of the eighth month in the lunar calendar, but lasts for about a week.  Chuseok has grasped the importance of a collective consciousness and follows up on this ideal by not only commemorating the present but also the past. The importance of kinship ties comes through with glaring clarity here since the whole family’s presence is expected to conclude the rituals successfully. Over the course of the Chuseok week, as a part of the Seongmyo ritual, family graves are visited. The presence of the Korean peninsula’s Confucian past and its focus on filial piety is heavily expressed. 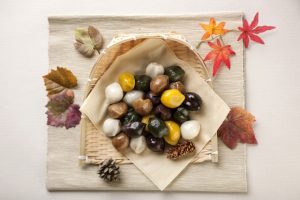 The festival is marked by both personal reflection and community. Koreans indulge in rice-dominant dishes prepared by a group of people such as the songpyeon, a half-moon shaped rice cake stuffed with red beans, nuts, honey and all that is nutritious and steamed over a bed of pine needles. But the future of the songpyeon itself does not seem too bright since the advent of store bought cakes, which defeat the purpose of collective cooking.

Furthermore, traditional dances like the Ganggangsullae that date as far back as the Joseon Era are also impacted by modernity. Women attired in hanboks dance in a circular formation under the full moon. It has been given a status of intangible heritage in the UNESCO World Heritage list, but unfortunately this piece of antiquity seems to be gradually eroding due to modern influences which promote convenience rather than participation. 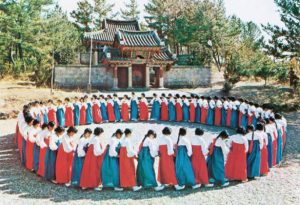 Twenty-first century Korea is definitely a far cry the Joseon era but it certainly holds onto its values while also transforming them so that they fit into the modern mold. Korea’s media which includes television, music and cinema has made a mark on the festival of Chuseok. ‘Chuseok Specials’ began the saga of specially crafted episodes that suited a family audience since higher ratings are likely due to the nation being on holiday. Although the weekly music shows are cancelled, the aforementioned episodes take their place and bring the family together in an increasingly new, modern way. Shows with specials during the festival like We Got Married and Idol Star Athletics Competition do not even attempt to promote Chuseok traditions. These episodes usually have no link to the spirit of Chuseok and are a poorly veiled attempt of promotion.

This year, a bit of a damper has hit the television screen in Korea because of the MBC and KBS media strike.  Both unions demanded an ouster of their respective presidents which has adversely affected filming of several popular shows including Infinity Challenge. The Idol Star Athletics Competition which usually airs during the Chuseok week has been put off indefinitely. Pilot episodes haven’t been shot for their slotted play time during Chuseok. In order to not lose momentum by giving in to the busy Chuseok schedule, the MBC union hasn’t called off its protest. This will strike the industry harder since some specials will certainly be missed. Unfortunately for audiences, no party seems to be relenting in the festive spirit and the scenario has reached a stalemate. 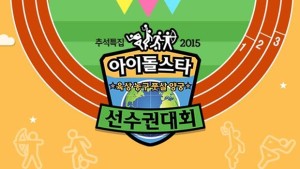 Another contemporary element in the celebrations is the attempt of thanking the fans on behalf of idols and other artists.  Idol groups release Chuseok greetings and videos in honor of the event. Entertainment companies try their best to present a connection or solidarity with the fans and try to integrate foreign idols into the festival as well, which come off as a little superfluous since the understated feeling of gratitude turns gaudy. It’s another drawback of changing times it seems.

Modernity in its purest form is simplicity. This begins to explain why modern day Koreans would rather watch the Ganggangsullae from the comforts of their home than participate in it. Passive viewing of the celebrations on television, rather than an active participation in the actual activities of the festival, is the key to the preservation of Chuseok in a world of other entertainment options. The present format of Chuseok celebrations has been skewed asymmetric to its original, since original traditions do exist but the hierarchy of priorities has changed. Television has arguably created alienation not only among family ties but also between the individual and culture. 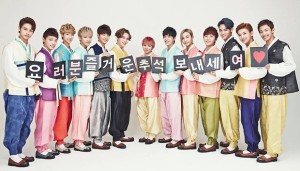 But to not be overly pessimistic, this kind of transculturation gives Chuseok more life. The masses are constantly reminded of the festival. They are encouraged to buy gifts through advertisements and also visit their families so they can watch a show together. Convenience stores sell the delicacies of Chuseok leading to a loss in knowledge of making those foods at home, but the idea is not completely ignoble — it allows families to enjoy traditional cuisine despite their hectic schedules. The specials, though not completely Chuseok-centric do give off the warmth and togetherness that the festival desires.

The entertainment business has introduced new quotients into the celebration of the festival to keep up with the times. The ramifications of Chuseok becoming a means to an end can be hard hitting but also beneficial in the long run. But is this a corrosion of tradition or a modern twist to ensure its continuation? In the tussle between conservatism and modernity, Korea has taken the middle path and has managed to withhold the essence of Chuseok. Is it right to give in to this consumerism if it ensures the continuation of tradition or is this adulterated form to be shunned altogether?