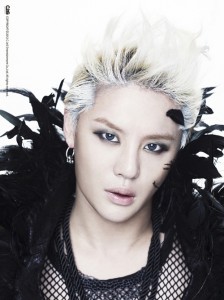 Falling in line with our previous two Roundtables discussing qualities of good rappers and dancers, it’s time to turn the spotlight on vocalists.

Instrumental to each release, every group needs at least one strong vocalist to function at the bare minimum of standards. Similarly to rap and dance, each vocalist can bring a different set of abilities to the plate, and in turn, each audience member or viewer can have their own listening preferences.

This week we’re asking: What makes a good vocalist? What qualities in vocals appeal to you personally? How do you compare different singing styles?

Camiele: I’ve been singing all my life, and a deep part of my soul is dedicated solely to vocalists. As with any technical craft, singing is something that can be judged through a specific set of criteria: pitch, tonal quality, range. And every technical expert has their own set of standards in those criteria. There are definitely singers that from a technical standpoint I acknowledge as being better than others; however, that doesn’t necessarily mean I like them personally. For instance, Ailee is a beautiful singer, incredible technician, but her voice does nothing for me. I’m bored when I listen to her. But Park So-hee from The Barberettes affects me so much.

As to why certain singers impress me while others don’t… it’s a combination of things. I think much of what we consider “good” has much to do with what we were first exposed to as children. Also sometimes people confuse having great music with having a great voice (Bob Dylan has great music; he can’t sing for shit), and that colors what they consider great vocally. I was brought up on Motown, Sam Cooke, Donny Hathaway, Janis Joplin. But I also came up in the MTV generation: so Bjork, Jamiroquai, Soundgarden, Mary J. Blige, Whitney Houston. Plus, my mom provided Gospel. So a lot of varied voices, none of them the same, yet all of them touched me in some way.

I can’t very well say what I “look for” in a vocalist because I honestly don’t know. I do know there are some voices that have made a connection with my soul. Ultimately that’s all I can point to. Yes, there are some vocalists who are technically better, but there are those who reach a part of me that can’t be measured by their proficiency at maintaining perfect pitch or their ability to sing perfectly in chest voice.

Sometimes there’s an ache or a teardrop in a voice that just resonates with me. That’s why while I adore K. Will and he’s a masterful technician (being a vocal coach), Junsu and Jaejoong will always, always have something that reaches me in ways K. Will can’t. I also want someone “original.” That may not be a fair thing to say, but if you think about it, every woman wants to try to sound like Whitney or Beyonce, and every guy Usher or Omarion. That gives us a whole bunch of singers with pretty and/or big voices, but nothing interesting in terms of tone and inflection. I want something beautiful but also unique, a singer not trying to be someone else.

Morgan: Like Camiele, I could literally talk for hours, or three paragraphs, on what makes a good singer. When I think of a great singers, I think of people that can fill up an entire stage with just their voice and make you sit and listen to them for hours. However, it’s definitely a personal choice, based on what you like.

I grew up around the rock genre from Fleetwood Mac, to The Rolling Stones, to my mums personal favourite that was played repeatedly on long car trips to the point that I now hate the sound of his voice, Meat Loaf — it’s just too bad he can’t really sing well anymore. To me these voices are filled with raw emotion and, though my tastes have moved on from my mother’s music and angsty teenage rock to K-pop and other genres, it’s still what I look for in a musician.

The Korean artists that jump to my mind are of course, Jaejoong — Thank God he took on rock! — Junsu and Gummy. I think I have heard Gummy’s voice compared to an oncoming storm or thunder, which I think is a fantastic description as when she sings it brings shivers to my spine. There is a lot more to be said about what makes a good singer such as technique and tone, but I think I shall leave it there in fear of going on too long. 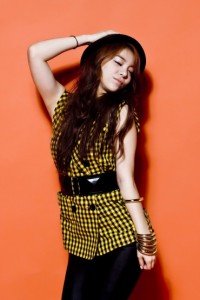 Laverne: As someone who doesn’t know the technical aspects of singing, the two things I enjoy most in a singer is range and flexibility. By range, I don’t mean that they need to be hitting high notes all the time but rather I enjoy a singer who isn’t limited to one part of the song — only high notes or only low notes. I also love when singers can adapt to different genres. There’s nothing wrong with excelling at one genre, but I like singers who can adapt and can try out different styles of music.

Andy: Generally, when thinking of good vocalists, I look at range, nuance, and tone. I’m not into people who throw in ad-libs/vocal runs all over a song or practically scream/yell. You don’t have to be able to go up 3 octaves, but the ability to sing a range of notes is important to me. Additionally, being able to show different emotions and inflections adds needed character.

Finally, I’m not really big on wispy voices, so I gravitate more to clear, rich tones. If you sound different from everybody else, then that’s an extra plus. This is why, in K-pop soloists or non-K-pop groups, I’m a big fan of artists like Park Hyo-shin and Gummy, or Brown Eyed Soul and Big Mama. In K-pop, I enjoy Junsu, Onew, and less popular vocalist, Block B‘s Taeil. All those singers have the ability to get my emotions going and are pleasant to the ears.

Amy: As someone who’s completely tone deaf, I’m not too discerning and really easily impressed by vocalists in general. I don’t have favorite vocalists as much as I do favorite performances by vocalists. Like Andy, I think the ability to convey emotions and deliver a show rather than merely a song is a really admirable talent. I think vocal color plays a big factor as well — the more a vocalist can take a song and make it his/her own in a way that’s memorable to the audience the better. 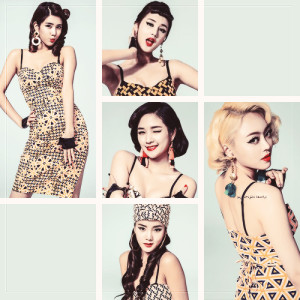 Chelsea: There are so many factors that could determine what makes a great singer. For me, as someone who grew up in singing lessons, the main thing I look for is technical skill. Singers like Hong Jin-young, Ailee, Sonnet Son, Solji of EXID and the majority of Spica stand out for me as some of the strongest female vocalists currently in K-pop because they not only know their own voice, but they know what to do with it. I think there is something to be said for artists who are capable of not only belting out a strong note, but those who know when to keep the voice delicate and light when appropriate. All of these singers also excel at emotionally connecting to whatever song they are performing.

With that said though, I think the ability for artists to interpret a song and engage the audience is an equally important factor in determining a good singer. Artists like K.will, Onew and Exo’s Baekhyun stand out for me as male vocalists not just for their exceptional vocal colors, but because of the way they connect with the audience while performing. Plus, all of these male vocalists have a killer falsetto which I’m a complete sucker for.

Cjontai: When it comes to vocalists, I love when I can single out someone purely through their voice. Some people put emphasis on performance, which is a bonus to see their passion, but most times, I’m listening to singers on the radio. Because I can only go by vocal tonality and timbre alone, there are a few singers that stand out for me. Instantly, I’m drawn to Junsu because his voice gives me chills. I also love BTS‘s V for his unique color. His voice is truly a rarity, which I think more fans discovered when he performed a cover of Adele‘s “Someone Like You.”

On the ladies’ side, I’ve been a fan of Bo-hyung of Spica ever since KCON 2014. She has an impressive set of pipes. I believe that seeing any performer live can change your perception of their abilities because that’s one of the few moments where they can’t hide behind trick editing or a pre-recorded track. You see them up there and hear them through the speakers, and you just KNOW this person is the real deal.

I also love the voice of Lee Soo-hyun from Akdong Musician for its haunting lilt. She can go from sad and lost to bubbly and light so effortlessly. I lost my damn mind when her and Lee Hi formed a sub-unit. They’re wonderful together and I wish they didn’t just have a single. Other notable mentions would be the ladies of 15& because — Do I really have to explain?