Now that the Qualifying Round is complete, we move on to the next round of March Madness where the big dogs come out to play. There were some really tight races that went down to the wire, and after a bloody opening round, here are the 64 who remain: 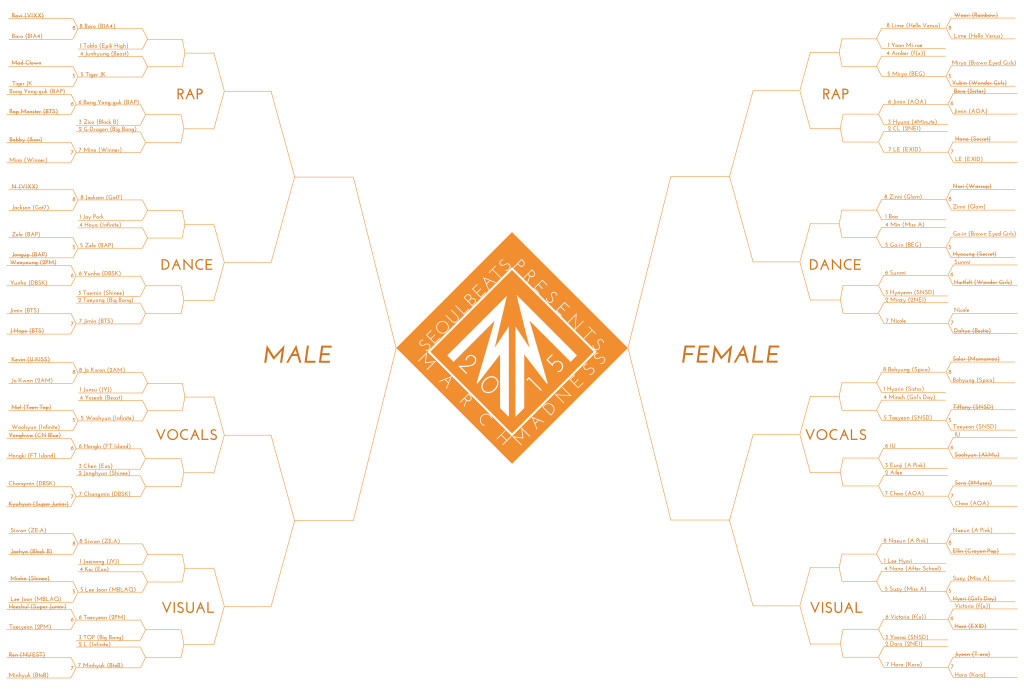 Looking at the first round of polling, most matches went as expected. There were four matches, however, that came down to the very final minute: Jimin edged out BTS group mate J-Hope by only two measly votes, Bohyung of Spica edged out Mamamoo‘s Solar by the same slim margin, and IU escaped the Qualifying round with only a four vote victory over Soohyun of Akdong Musician. The biggest surprise so far has probably been Changmin‘s narrow yet decisive victory over Kyuhyun. Will we see such competitive and evenly matched contests in this round?

Once again, your votes will decide the winners and losers until there is only one standing at the end of March. Voting for the Round of 64 will end on March 10 at 11:59 PM EST.