Niel Shows His Mature Side in "oNIELy" 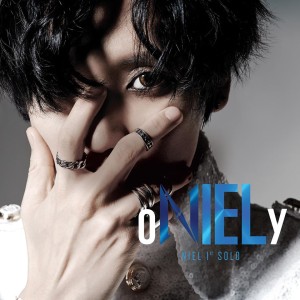 Since news of Teen Top’s Niel going solo dropped in January, teasers have led up his mini-album drop on February 16. Like with many groups, Teen Top’s first soloist is their main vocal, and oNIELy presents a mature side to Niel’s music different from the fun, catchy dance music Teen Top is known for (although their last comeback with “Missing” did embody a similar style). This year has been met with an onslaught of solo artists, which makes it all the more more difficult for individuals to stand out, which raises the question of whether Niel’s album good enough to do just that.

The album starts on a slow beat with “Only You,” which seems to link directly to the album title – oNIELy. Although the track isn’t exactly an typical album intro in the sense that it is not a short, instrumental based tune, like an intro track it does sets the mood for the rest of the album, as its subdued sound and slow R&B style persist throughout most of the other tracks. If the song sounded very sultry and sensual to you, it’s because the lyrics express just that. The chorus repeats how happy the singer is when he is with his lover, and the whole piece ventures away K-pop lyrics’ usual tameness to contains plenty of references to human intimacy.

When your body starts shaking,
When your heat starts spreading,
I feel your love, I feel happy, only you

Complementing the lyrics are the ebb and flow of the instrumentation and the laid-back rhythm, as well as Neil’s slightly husky vocals in executing the melody. Overall, “Only You,” although slow, is an alluring listen.

The pace of the album picks up slightly in the next and title track, “Lovekiller,” but still adheres to the smooth R&B style of “Only You.” I have no qualms with a song of slow or moderate tempo being used in promotions, but I feel like “Lovekiller” falls short as a title track; as it is relatively toned-down in its composition, it could use a hook, which I personally could not identify, or a tune that catches the listener’s attention. Nevertheless, it is well-composed, with each verse following smoothly into the next, including Dok2’s smooth-flowing rap during the song’s bridge. The addition of instrumentation and strengthening of the beat as the song progresses also makes it sound more lively close to the end, and the subtle changes add more colour to the music. “Lovekiller” may not be a song that stands out on the first listen, but is a solid track that grows on you.

Right from the beginning, the next song, “Affogato,” sounds much more lighthearted than the two previous ones. Its name — which describes the Italian desert of vanilla ice cream topped with a shot of espresso — matches the sound of the music, which I would call “café music.” The lyrics compare the bittersweet quality of the singer’s last relationship to an affogato. He reminiscences their memories together but not in a particularly woeful manner. Niel’s quiet vocals and falsetto ad-libs in this song create the sweet base of the melody, and C.A.P’s deeper-sounding rap is the shot of espresso on top. It is also a self-composition by Niel, which makes it all the more impressive.

Contrasting the delicate “Affogato,” “Lady” may be the most powerful track we’ll get in this album. It is fast-paced and elaborate in its instrumentation, with an emphasis on the pulsating percussion. The repetition of “lady” and “baby” in the chorus grows addictive as the song progresses, and Niel’s raspy voice is partially what causes the chorus to catch my ear. My one complaint would be that while Dok2 and C.A.P’s rap parts in the previous two songs slid in smoothy with the melody, L.Joe’s rap in “Lady” seems slightly out of place, likely because of the isolation of his voice by removing all background instruments besides the percussion during his part and the slightly different rhythm from patterns in the rest of the song. Nevertheless, the song was one of the catchier tracks on the album for me. 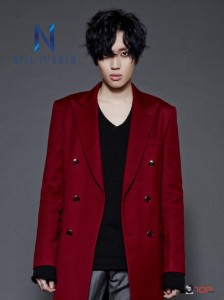 The album slows back down in the next track, “Call Me,” as the singer takes on the role of a typical K-drama second by telling a girl he’s always there for her, so she can call him when she’s feeling down despite her dating another man. The song, however, gives off the impression of being very laid back, with its long, dragged out notes, steady rhythm and relatively unchanging melody. The vocals are also very layered, especially in the refrain but also throughout the song. Backing vocals and ad-libs help give a very rich sound to the music.

The title of the next song, “Epilogue,” suggests oNIELy is drawing to a close. What’s interesting about this song is that is takes a 180º turn from “Call Me” meaning-wise — while the previous song describes a man who cannot let go of a woman even though she is with another man, the man in this song is the one breaking up with a woman who wants to cling onto him, stating “[his] heart just changed, [they] are now strangers to each other.” There’s nothing much that stands out in the composition and production of the song, but the simplicity of the piece is easy on the ears, which, to me, makes it a fairly likeable track. The only qualm I have with the song is its ending: in “Epilogue,” the final part of the melody doesn’t sound quite like the song has reached the end, and by fading it out, it doesn’t feel like the song is given proper closure (which is ironic, given its title). 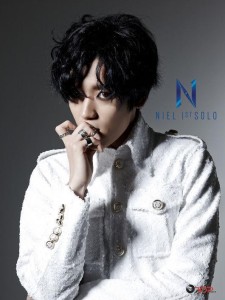 However, maybe it is better that “Epilogue” doesn’t give a sense of finality, because there is one more track on the album. The last song, “Song of an Angel,” is truly a quiet piece, and I’m inclined to believe it is a gift for his fans because Teen Top’s fanclub name is “angels.” The song’s lyrics suggest it is a lullaby of sorts, and this is justified by the song itself, which sounds soothing more than anything. The use of minimal instrumentation both prevents the song from being too loud and highlights Niel’s voice, whose singing contains traces of whispering. With this track, the album ends on a calm and quiet note.

On the whole, Niel’s first mini-album has no deadweights, no obvious filler tracks, and this enjoyable quality makes it a strong venture both into a different, R&B-like style, and into the world of solo-hood. At the same time, given the saturation of solo artists currently promoting, it also lacks the gem, whether hidden or highlighted, that the album needs for Niel to shine through. Nevertheless, the artist is achieving a fairly great amount of success with oNIELy, given his solo wins this week – congratulations to Niel!