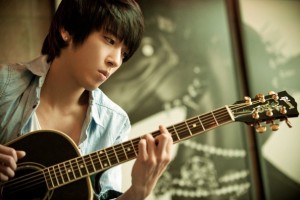 Memories are many things. They are happy, sad, good and bad. They are the boundless remnants of days past, which CN Blue‘s leader evokes for his debut album. Jung Yong-hwa doesn’t necessarily break any molds with his solo premiere, but he manages to use nostalgia for a fairly decent compilation of his feelings.

As is the norm for most albums, this one has an intro, but it is purely instrumental. The absence of vocals sets up the mood and story of the album. Perhaps the lack of a voice represents the bittersweet silence one experiences post-breakup. This setup also works to introduce the following track by echoing the melody for “One Fine Day.”

“One Fine Day” starts off with a quiet piano background and accompanying strings. This soft blend of orchestral harmonies goes well with Yong-hwa’s raspy vocals as he gently whispers his lament in the lyrics. He sings his regrets over being unable to express his love to his former girlfriend, describing her as “dazzingly beautiful” on one particular day. He wishes only to return to this moment in time if for nothing else than to express how much he loves her.

The heartache continues on a more subdued level with “Cruel Memories.” Musically, the song is a moderately good rock ballad, but nothing truly special sticks out. If anything, it feels like it belongs to the B-side of any of CN Blue’s albums, which sort of contradicts the point of going solo. The lyrics are just as typical as the melody, giving us more heartbroken woe of memories that won’t disappear. In this case, the memories are happy ones that torture the soul of Yong-hwa who wants to even forget that he once knew joy with this person. Speaking of forgettable, Yoon Do-hyun accomplishes being that in the song, getting lost in the vocals. It doesn’t mean he’s a terrible singer; he’s just not a memorable one.

Things become a bit more optimistic in “Energy” as Yong-hwa teams up with Verbal Jint in this contemporary rock song with a slight country flair. The mid-tempo acoustics and occasional guitar riffs conjure images of a worn-out Yong-hwa drowning his sorrows in a latte at a coffee shop. He needs a boost of confidence from his lover as he endures a hard day filled with worries. Verbal Jint’s rap feels natural here, adding in an internal voice that pleads along with Yong-hwa for the strong support that only his lover can provide.

Lend me some energy
I don’t think I can get up again by myself
Reach out your hands to me
Give it to me, the purpose to keep on walking

They need this woman in their lives to survive. Without her, they can’t seem to progress in life. Not sure who this lady is, but it is evident that Yong-hwa is a complete mess from the breakup at this point. Makes you want to give him a hug actually.

Thank goodness for “Mileage” coming in at this point of the pity party. Featuring rapper YDG, both join forces to ask their significant others for a night off from the usual routine of a stable relationship. It’s not that they are unhappy; on the contrary, they simply want a change of pace from the daily grind. They promise their ladies that they will return from their nightly escapade to spend even more joyful days together. This is probably one of my favorite tracks off of the album for the uptempo beats that can be categorized as either Bossa Nova or Samba. Yong-hwa’s vocals meld perfectly in tune with the playful notes of the guitar. YDG maintains a nice, rhythmic pace with his rap, giving the song a laid-back touch of swag.

Another surprise favorite off of the album is “Checkmate” with JJ Lin. Guitars are used heavily on this track that’s a throwback to early ’90s-era rock. The edgy style fits the lyrics which pledge a steadfast promise to stand by one’s lover in the face of all adversity. This song would definitely be played during a set at a dive bar full of patrons engrossed in billiard games. The Chinese lyrics sung by JJ Lin are a welcomed addition that contribute something indescribably incredible to the track. His lilting vocals accompany Yong-hwa’s husky timbre for a sexy sound that compliments the instrumentals wonderfully.

“Without You” infuses a light bit of trap music into a melancholy piano ballad. On paper, it sounds like it shouldn’t work, yet it does. This song starts off with Yong-hwa saying he doesn’t miss his ex, but as the emotional crescendo builds, the wall of lies falls. He doesn’t want to admit the truth of his lonely situation until the end when he confesses to wishing she was there with him in that moment.

The intro of “Last Leaf” is reminiscent of The Beatles with its simple piano accompaniment of Yong-hwa’s staccato vocals. At this point, the album almost feels a little disjointed in that Yong-hwa goes back and forth in his feelings. Here, he pledges to be the light in the darkness of his lover’s heart.

This song probably would’ve been better if it followed “Checkmate” in terms of storytelling, but as far as musical progression goes, it needed the transitional song “Without You.” Despite this, the song shows off Yong-hwa’s gentler side with its nostalgic soft rock sound.

This is further emphasized in the next track, “Goodnight Lover.” It’s very upbeat and bright with strings used in a more jovial expression. It has a youthful, country feel to it that paints imagery of holding hands with your lover underneath a canopy of cherry blossom trees. If you’re anti-romantic, it’s probably best to skip this one because puppies and kittens will dance around your feet to it.

The final song off the album is “27 Years” featuring Peter Malick. The lyrics sum up his longing to relive all the memories of his youth in perpetuity. He wants to freeze the best moments of his life and experience them over and over again. Alas, I cannot say I want to do the same for this entire album.

Solo albums are meant to be a chance for artists to breakaway from their group image and establish a singular identity. I don’t feel like Yong-hwa accomplished that here. A number of these songs could’ve easily worked for CN Blue, but on a much lighter level. The album as a whole was decent for a debut, but that was about it. It didn’t stand out musically as taking any risks other than my personal favorite, “Without You.” That one stood out as possibly the most honest track out of all of them because the emotion felt natural. Overall, Yong-hwa managed a good debut, but considering the caliber of soloists surrounding him, it’s a bit disappointing that he didn’t excel past expectations. 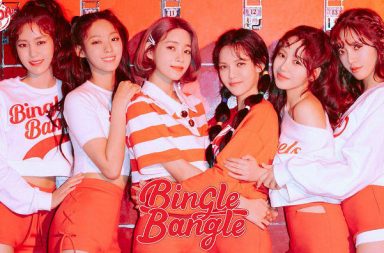