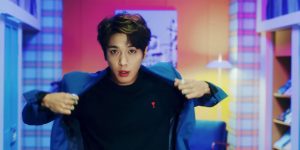 For his latest solo release, CN Blue vocalist and guitarist Jung Yonghwa drops the guitar and turns on the moves with Bruno Mars‘ style and swagger in “That Girl.” It’s a catchy and groovy summer-inspired jam with head-swinging instrumentals that’s disrupted by an unbalanced song structure: Loco‘s feature, with the off-beat and terribly placed rap verses, unfortunately, takes more than it adds to the song. But despite the negatives, Yonghwa’s ability to control a wig-snatching chorus is what defines “That Girl.”

The peak of the song is a strong chorus. Yonghwa has beautiful control over the feel of the chorus; the subtle guitar and keyboard along with a consistent beat add some depth. But the vocals are almost the entirety of the melody. The song definitely lives through the strength of the vocals, but the repetitiveness of the chorus starts to become problematic. The chorus itself is lengthy enough, but it’s repeated so many times; the major problem is the lack of variation. After a few listens, there’s very little to come back to and discover.

Loco’s raps, especially the first verse, appears quite suddenly. While it’s a cool and collected rap, it has no place in the bright sections between the first verse and chorus. To top it off, Loco comes in on an off beat and completely changes the beat structure of the song—one that we had just gotten familiar with. The emphasis in the rap has little semblance to the rest of the song’s flow. What’s even odder is that the rap verses are inserted twice during the first half of the song, then completely abandoned in the second half. A better balance, or just eliminating the rap altogether, might have been more appropriate.

On top of the rap, the song fails in song structure. There’s nothing wrong with experimenting with song structure, but there are certain ways to go about it, and “That Girl” doesn’t find success. The raps are easily the most jarring. They could have benefited from some buildup, but there’s also a seeming lack of a pre-chorus. The chorus pops out of a forced rap the first time and jumps straight back into a rap without a decent transition. The second chorus pops up a verse too late. It is only after the second chorus that the song finds itself: a solid bridge into the chorus and outro give a respectable closing to the song. 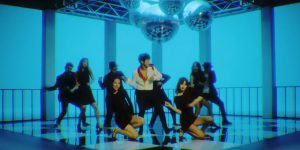 While the piece of work isn’t perfect, Yonghwa uses “That Girl” to solidify what we knew about him from his works as part of CN Blue: this man has a beautiful and commanding voice. The way he combines it to further highlight his confidence and charisma is top-class. Combine his musical qualities with the way he wears a perfectly tailored suit, and it solidifies Yonghwa as a certain type of performer. He has the quality of Bruno Mars; he deserves to be the type of musician that tours solo with a small band playing for sold out arenas with swooning audience members. Few in K-pop manage to have that look and feel about them that Yonghwa exhibits in this video. Heck, Bruno Mars could learn a thing or two from Yonghwa.

Overall, “That Girl” is effective and deserves club play, as a musical backdrop to endless men wearing poorly-fitted sport coats with T-shirts trying to swoon their lovers even as Yonghwa steals their hearts. Alternatively, it makes for a good convertible driving jam. It’s got the volume and instrumental subtlety to sound great as it dissolves through the air. Overall, it’s an effective single, but there is still plenty to be desired.