Roundtable: Our Favorite Moments of 2014 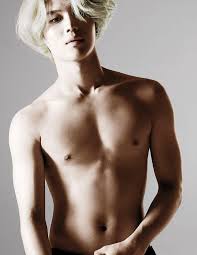 The year of 2014 was filled with tragedy and scandal. Some days it really did feel like the K-pop apocalypse was coming. Luckily, everything has two sides and, despite the hardships faced this year, we have all come out on the other side with good memories as well. As we close out the year it is time for reflection, but not the bad kind, let’s remember the good things about 2014 so we can go forward into 2015 with a positive attitude.

Our question for this week is: What was your favorite K-entertainment moment of 2014?

Laverne: There were a lot of great releases and dramas this year (and of course behind the scenes drama), so it was hard to choose a favorite moment pertaining to that. But, hands down, my favorite K-entertainment moment of 2014 was seeing VIXX live. Not only was it a dream come true but the boys certainly impressed. Nothing can compare to seeing your bias in the flesh!

Leslie: Oh, man, seeing VIXX live was fantastic, especially since it converted my brother into a Starlight. But I think my favorite moment of 2014 was Taemin‘s solo debut. I’d been waiting for it for a while.

The debut itself may not have been perfect objectively, but the fact alone that Taemin got a solo debut made it perfect enough for me. I may or may not have cried a little (ok, a lot). I feel so blessed to have seen so much of my ultimate bias.

Cjontai: There are a series of crazy events that made 2014 memorable for me, but like Laverne, mine also involved seeing my favorite groups perform live this year. Going to KCON 2014 was the best moment personally since not only was it a surprise birthday present from my K-pop friends, but also I got to meet them in person for the first time there.

Even though, the voucher system was bust for me, I still managed to gain entry to a high-touch event with Spica thanks to a non-fan who happened to win a ticket for it. That’s why you should make friendly with other fans; one of them could gift you with a rare chance to clasp hands with one of your favorite groups! It also didn’t hurt to see BTS less than 20 feet away from my face during the Danny From LA taping. It meant coming home with a wicked sunburn, but it was worth it just to see Rap Monster‘s dimples up close. 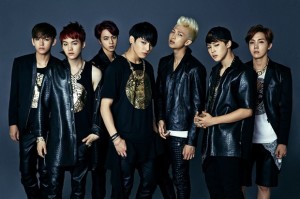 Other cake-worthy moments for me included winning my first physical K-pop album, BTS’ Dark & Wild, through a contest run by one of my favorite MV reactioners. (I met them at KCON too.) Because of this contest, I gained confidence in my writing abilities again, which brings me to — don’t cringe, I’m being honest here — the most awesome moment of becoming a Seoulbeats writer. Combining my love of K-pop with my love of writing really made my year, and I look forward to many more with you all.

Also, I’m adding the Block B/BTS performance from the MAMAs. It wasn’t simply for Jimin ripping his shirt and ARMY hearts to shreds simultaneously, but you know, that part was definitely great too.

I can’t forget about 2NE1‘s Crush album coming out this year either. I could’ve gone without the girl group battle of the ages hype, but that album made my Blackjack heart so joyful. If Minzy gets a solo in 2015, that will be the best moment for next year. Unless, of course, BTS flies to the US to serenade me on my birthday, then that will be the best moment for 2015. It will also be my last one because I will die on the spot.

Taylore: Like everyone else, my greatest K-pop related moments of the year happen to involve seeing my favorites live. Three concerts in one year: B.A.P, KCON, and finally B1A4. B1A4 brought me the most joy, what with their live band and song rearrangements that made the concert feel less like five idols dancing around and more like five artists putting on their own show.

BTS’ album also stands as a bright spot in the year. The quality of the songs impressed me, as they managed to create a hip hop and R&B inspired album without one track that sounded like a cheesy imitation of either genre. Both of B1A4’s releases this year, as well as B.A.P’s First Sensibility, round out my list of best things of the year. Apparently, I tend to favor the B-groups. 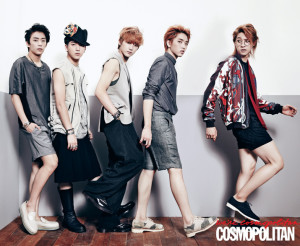 Andy: First, the old school comebacks were amazing! I have a soft spot for the artists who started it all, so to see them come out with fantastic music was great for me. The fact they were slaying the charts made me even happier. Also, I really enjoyed seeing some groups win their first music shows, like Boyfriend and B.A.P. Long time coming.

Second, as a sucker for bromantic moments, 2014 delivered me some goodies. There was the Block B rap-line and Mino interaction. Seeing the reaction to Winner winning their first music show was so sweet. However, what really hit home was when Kim Woo-bin surprised Lee Jong-suk at Jong-suk’s birthday fanmeeting. Lee Jong-suk cried; I cried; all shippers cried.

Finally, the fact that Sungmin got married and Mithra Jin walked the red carpet with his girlfriend (without being outed first by tabloids) made my day. So brave and awesome.

Camiele: As with Andy, I was totally unprepared for the sheer amount of old-school slayage that happened this year. I mean, we’re talking comebacks from first and second genners that had the kids bowing in reverence and their fandoms clinging onto their biases for dear life! Okay, an exaggeration perhaps. But seriously? g.o.d, Fly to the Sky, 4Men, Gummy, JYJ (we had to wait three years for follow-up to In Heaven), Epik High, Seo Taiji. Then we wrapped up the year with MFBTY‘s “Angel.” It was just magical.

I don’t put much stock into “scandals”; however, the mini-SM idol exodus was kind of biblical. I think in general it was the K-pop consuming public being a bit more educated on how imperfect Korean society is, opening their eyes a little bit. The wake-up call this year was almost worth having to go through it (from Kim Hyun-joong‘s disgusting excuse for manhood, to members of Exo yelling deuces). 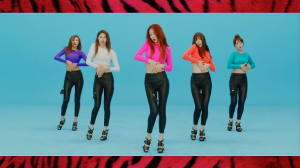 Gaya: The rise of EXID. I still remember when I first fell in love with them and have been stanning them ever since. I was beyond overjoyed when they announced their comeback this year, and I am just loving this late resurgence from them. They even hit #1 on Melon! I really hope they can capitalise on this attention and bring it with their next release, along with getting more variety show appearances: their #hashtag interview is the cutest (even the Voldemort thing) and they were adorable on Weekly Idol.

And just to be a bit meta, the Rap God Minho meme has been giving me so much life this year; I love how it has transcended from a spat-inspired joke into force that even Mark reckoned with — twice! I’ve also been getting a real kick out of people wondering if I really am that delusional or not (I am, I totally am). Whoever made that tumblr post is my favourite person of the year, seriously.

Laverne: Oh man, how could I forget all the K-pop memes! Memes would have to be my second pick because some of them like Bad Joke Bobby were absolutely hilarious.

Cjontai: I greatly appreciated the K-pop fandom unity seen in the face of the few tragedies that happened this year also. Seeing support for the Sewol Ferry victims, as well as Ladies’ Code members EunB and Rise, touched me deeply because fandoms put aside petty rivalries and came together when it mattered most. 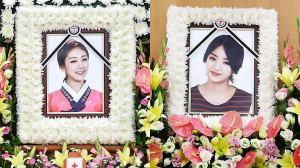 Hania: I was overjoyed to see the increased recognition that K-pop seems to be getting worldwide this year. No longer associated with just “Gangnam Style,” K-pop is increasingly being appreciated as an edgy industry worth celebrating. K-pop videos are breaking YouTube records, idols are invited to international fashion shows, and just recently, Nana topped the Independent Critics’ list for the most beautiful face of 2014. There’s nothing more exciting than seeing something you love being appreciated by more and more people!

Thuy: This turned out to be a very difficult question for me. 2014 has been a tortuous year with college graduation, job hunting, job quitting, and more job hunting. It is really no surprise that I have been cranky and under stress most of the time. During this period, as cheesy as it may sound, K-pop has been providing me with some form of comfort. Especially when I drag myself back to my tiny apartment at 11pm after working, and my roommate and I would just blast out K-pop songs on our laptops and (temporarily) forget about life. Seeing those idols working so hard on the stage, hoping that they will become a star one day, well I have to admit I am encouraged. Plus, it is such a wonderful thing to be able to just laugh out loud watching Weekly Idol after a bleak, tiring day. There was really no single most favorite moment of K-entertainment for me in 2014; there were too many good times to count.

Cjontai: My brain farted this out, but how could I forget one of the most anticipated T.O.P moments of the year? Big Bang‘s T.O.P going shirtless in Tazza 2! R.I.P to those unable to handle that one. 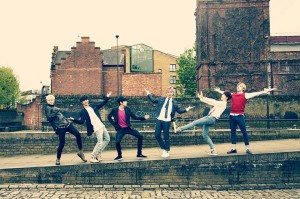 Amy L: The recent news that B.A.P’s Daehyun created an unofficial fancafe for all the members to keep communication with fans in light of their legal battle was a memorable moment for me. If any year could have converted the most diehard fans into cynics, it would be 2014 with its legal disputes, member departures, and straight-up tragedies. Seeing the B.A.P members log on just to chat for a few minutes and even apologize for not being active and standing on any stages makes it worth it as a fan to support all these groups who work that hard to entertain the public and genuinely enjoy what they do as well.

Nabeela: 2014 was a little slow for me and not exactly the best tempered, but hands down, one major highlight for me was Jun.K‘s solo debut in Japan. Let’s just both he and I have waited our whole lives for it, and needless to say, he delivered the heck out of it. It was such a proud moment for the Jun.K stan in me–“No Love” and “LOVE & HATE” had been in the works for so long, and I was so happy he finally got them off the ground.

Another solid moment just happened a few weeks ago at the MAMAs. I have never watched a bad MAMA, and this year the Block B and BTS joint stage basically made my pants burst into flames and my heart give out both simultaneously. It’s hard not to put moments like that up there with your year-round greatest.

Chelsea: I agree with Nabeela that this year was a little slow in terms of (good) K-pop news, and on top of that, most of my favorite groups didn’t promote much in 2014 either (aside from the Taemin solo). However, I just watched Jackson of Got7 be reunited with his mother on Roommate, and I was moved to tears — as in, I cried like a baby because it was just so touching. I think that moment takes the cake for me. On that note, Big Byung was definitely another highlight of 2014. I can’t wait for their (possible) comeback.