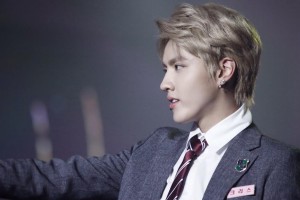 Well, not really, but K-pop fans, admittedly myself included, have been declaring it to be. This year has brought rumour after rumour with breaking news about disbandment, members leaving their groups and agencies, and even marriage. And, as a result, fans are proclaiming K-pop to be nearing its end.

The K-pop industry has been riddled with issues all year long, but the state of panic among fans is, without a doubt, stemming from one agency and its yearlong slough of scandals: SM Entertainment. Now, I’ll admit it has been a quite drama-filled year, AND that SM has gotten the crappy end of the stick in terms of how the drama has been distributed throughout the industry, but aren’t we getting ahead of ourselves by dubbing 2014 the year of the K-pop apocalypse?

Basically, yes. While we might not always admit it, people love some good drama. And 2014, in the world of K-pop, delivered big time on our guilty pleasure. The scandals that seemed to stir up the most “apocalyptic” talk were Kris and Luhan‘s departures from Exo and Jessica‘s removal from Girls’ Generation. However, what’s happening, with SM in particular, is nothing to grab our survival kits and run to our fall-out shelters over.

To understand why, let’s first take a look at why SM’s issues might have drummed up notions of K-pop being in danger.

Girls’ Generation has arguably been the industry’s biggest and most successful group for years now, while Exo, despite debuting only three years ago, has built quite a large and devoted fan base. SM, in addition, has held strong to its position as the biggest and highest grossing agency in South Korea over the years. However, 2014 and its steady stream of inner conflicts has actually led to a major drop in the company’s stock value, notably putting them below YG Entertainment. This, I believe, is where the panic is stemming. But SM has had problems, like the ones it experienced this year, before, but a drop in stocks creates tangible proof that perhaps there may be more serious problems afoot. However, there really isn’t any need for concern here, at least not for fans.

Panic within the K-pop fandom seemed to gain momentum way back in May when it was revealed that Kris had left the group and was seeking contract nullification from SM Entertainment. Kris garnered some major criticism for his decision, probably because this was a serious threat to the stability of one of K-pop’s biggest and most beloved new groups, so the news was admittedly shocking, even devastating for some fans, and Luhan’s departure in October added fuel to that already red hot fire. Suddenly, issues of xenophobia-induced inequality and unfair and unhealthy contract restrictions swept the comment sections of every article on the issue. This exposed and rehashed some serious flaws in the Korean music industry that really hadn’t been acknowledged since 2009.

Back in 2009, if you remember, Super Junior’s only Chinese member Hangeng said goodbye to the group at the height of their career and sought contract nullification for the same reasons as Kris and Luhan: unfair wages and treatment. So, as you can see, there really isn’t anything “new” happening.

Later in the year, the biggest and most buzzworthy story of the year was the news that Jessica had been removed from veteran girl group Girls’ Generation. This is without a question where K-pop fans felt the threat of an unstable industry. Things have yet to be cleared up about why Jessica was removed from the group, but if we go by what Jessica and her friends suggest, it was because of her desire to start her business, Blanc & Eclare, and maybe an impending marriage.

Girls’ Generation is a group with status and clout so it is reasonable to feel uneasy about the near impossible happening, which is a member leaving. Girls’ Generation always seemed to be a group that would be in it and out of it together. However, drawing the conclusion that K-pop is ending from this is still a stretch. Like it or not, groups break up, and it is actually far from uncommon for groups to lose members in the time that they are together and active. Yes, it seems beyond comprehension at times that Girls’ Generation would experience that, but they are still just like any other idol group.

What we need to remember is that SM Entertainment does not equal Kpop, and a drop in their stocks absolutely does not mean the agency is facing closure or failure. Rather than blowing up what happened this year to mean the end of K-pop itself, let’s try to look deeper into the issues and figure out why these things keep happening and where SM and the industry as a whole are flawed.

I suppose it is somewhat normal to want to give a grand explanation when bad things just keep happening one after the other, people do it in the regular world, too. However, the scandals, the drama, and “bad” things aren’t going to stop, even for the Korean entertainment industry, but I think it’s safe to say that K-pop isn’t going anywhere anytime soon.

So, as we usher in a new year of ups and downs with our favourite genre and beloved groups, let’s agree to make one of our New Year’s resolutions to not get quite so worked up over its downs.

(Images via SM Entertainment)
_________
This piece was written by La Shauna Campbell of Asia 24/7. She was one of the participants of the K-pop Writers’ Workshop.