Jooyeon to Graduate from After School 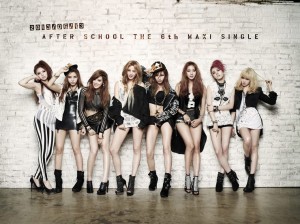 After a full six years in After School, member Jooyeon has confirmed that she will be leaving the group.

Speculation about whether she would remain in After School began in mid-December when it was revealed that her contract with Pledis Entertainment would expire on December 31. Pledis announced today that she has decided not to renew her contract, and Jooyeon herself confirmed the news through a post on the group’s fancafe. In her message to fans, she hinted at a future return to show business, but no other details about where she might end up next have been released.

After School has a “graduation” system that allows members to be added and removed from the group more freely than in other groups. Members Soyoung, Bekah, and Kahi have already “graduated,” though the group has remained stable since Kahi departure in 2012. After Jooyeon’s graduation, Jungah will be the only member of After School’s original lineup remaining in the group, and Pledis has not announced any plans to replace Jooyeon’s loss with any new members. As for now, fans can only wait to hear details regarding the official graduation ceremony and fanmeeting that will be held in Jooyeon’s honor.

Although this isn’t the most dramatic member departure we’ve seen in 2014, it’s still sad see to Jooyeon go. Leave your reactions and goodbyes for her in the comments!