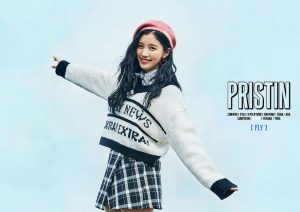 Pristin just debuted but it’s never too early to steer this group in the right direction. We can certainly wait to see if the ship corrects itself but, in the meantime, we are free to pass judgment all we want. After all, this group has been teased for over a year. In fact, they’ve been teased for many years if you count baby Xiyeon’s appearances in MVs for After School, Orange Caramel, and Pledis Entertainment‘s holiday special. Considering that the pre-debut group, Pledis Girlz, released numerous cover videos, an original song, and even held an entire concert before they even debuted, Pristin has had more than enough time to get their act together.

There’s also the fact that seven of the group’s ten members participated in Produce 101 and the two that made it onto I.O.I are already stars in their own right. Pristin may be rookies but they are far from being nugus. This is the group (along with Seventeen) that Pledis Entertainment decided to invest its resources in at the expense of not promoting established acts such as After School and Orange Caramel. This is the group (along with Seventeen) that is supposed to bring Pledis back to prominence. Given these expectations, anything other than an absolute success would be a disappointment.

Why is the focus on how to fix Pristin specifically instead of Pledis as a whole? Because Seventeen is doing just fine, putting even more pressure and expectations on Pristin to not become the black sheep of this company. Wait, NU’EST already lays claim to that title. Then let’s see what Pristin can do to not end up being compared to NU’EST. 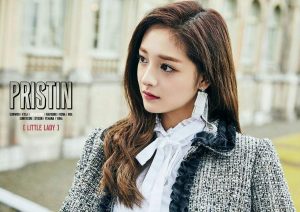 First of all, her name is not Zhou, nor is it Jieqiong, and it’s certainly not Kyulkyung. Her name is Pinky! That’s what she went by on Produce 101, and having such a unique name was one of the reasons she stood out in the first place. I’m not sure how much choice an idol gets when it comes to choosing her stage name but that’s besides the point. The name Pinky is completely marketable to any type of fan. You don’t have to be Korean or Chinese to be able to pronounce it correctly. The name is easy to remember, loaded with personality and, best of all, it fits her to a T.

Furthermore, I’ve never seen a company purposely try to hide a Chinese member by giving her a Korean name. In fact, companies have even gone out of their way to promote non-Chinese members as Chinese by giving them Chinese names (eg. Exo’s Chen and Xiumin). If Pinky wasn’t already so popular and nicknamed “China’s Miracle” on Produce 101, there’d be no way for anyone to know that she’s even Chinese if the group is going to promote her using the Korean version of her Chinese name, Kyulkyung. Again, can we meet in the middle and just call her Pinky going forward?

English-speaking members are also considered valuable assets. Therefore, it makes sense that groups market these members as such by giving them Western names. However, Pledis doesn’t play by the same rules. Did you know Sungyeon is Korean-American? Did it occur to anyone that maybe she should be promoted by her Western name, Shannon? Pledis doesn’t have this problem with Kyla, nor with Joshua and Vernon of Seventeen, so why would they want to hide the fact that Sungyeon is Korean-American?

2) Promote the group as a group.

We get that Pinky and Nayoung are head and shoulders above the other members in terms of popularity due to their stint on I.O.I but having former I.O.I members does not ensure the success of a group. Just ask Gugudan. There needs to be more emphasis on the other members and what they have to offer. 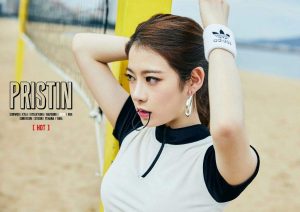 The success of a group should in turn lead to the success of its members, not the other way around. WJSN is a good example of this. Despite having Exy (pre-debut contestant on Unpretty Rapstar 2) and Yeonjung (former I.O.I member), they didn’t rely on them alone to carry the group. They promoted the talents of the other members through variety shows and other mediums. As a result, Miss A has been usurped as the group with the two best Chinese dancers.

Likewise, Pristin has other interesting members to promote aside from Pinky and Nayoung. Rena made it past the first round of Show Me the Money 4 and has the chain to prove it. Placing her in a future season of Unpretty Rapstar would make sense. Eunwoo participated in Superstar K5 and also made it to the final round of Produce 101. She could finally make her breakthrough on a singing competition like Golden Tambourine or King of Masked Singer. This group clearly has talent and potential but they need to be showcased on variety shows and competition stages in order to give these overshadowed members their time in the sun.

And if that isn’t enough to allow this group to stand out, then definitely don’t neglect to…

3) Promote the group as songwriting-producer idols. 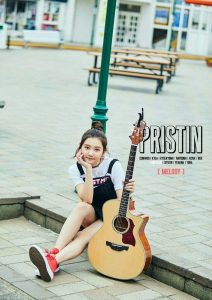 Let’s not ignore the fact that the entire group has a hand in creating the music for their debut album, Hi! Pristin. Getting so much artistic control over an album is very rare among idol groups, and it’s completely unprecedented among rookies and female idols. It’s not like they only let them write the lyrics either. Eunwoo, Sungyeon, Rena, and Yehana are also credited for producing the music. The star of this bunch though is clearly Sungyeon who’s the only member with a musical arrangement credit and is also credited as co-producer in the group’s title track, “Wee Woo.”

Pristin is singlehandedly proving that songwriting and production isn’t a task specifically designated to men. They’re breaking the mold and paving the path for a new generation of female idol groups that produce their own music. Just like how Big Bang and Beast broke new ground for male groups when they became self-producing, Pristin is doing the same for female groups. I can’t stress the significance of this enough, yet it seems like the marketing for this group isn’t doing the same. Instead, they seem to be marketed a bit too closely to… everyone else.

Pledis’ artists have never had trouble standing out from the crowd. Son Dambi was marketed as the female version of Rain. After School was one of the early innovators of the girl crush concept. Orange Caramel pushed the limits of aegyo and cute. NU’EST was… different from B.A.P and Exo. Seventeen brought back the boy next door concept. Meanwhile, Pristin seems like a mishmash of a lot of different girl groups currently promoting. 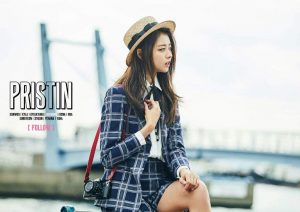 Many have already pointed out a certain resemblance to Twice due to the styling and concept similarities between Pristin’s “Wee Woo” and Twice’s “Like OOH-AHH” but that’s largely due to the two sharing the same MV director. However, it’s rather unimaginative and unsettling that Pledis decided to play it safe by choosing a concept that many girl groups are falling into — quirky — a concept literally designed to inject a dose of personality into what is otherwise a bland and redundant field of cute and innocent girl groups. Looking at the girl groups that have debuted within the last three years, most have done variations of quirky in one form or another.

I don’t necessarily blame Pledis for choosing to play it safe; after all, everyone is doing it nowadays. Nonetheless, I can’t help but feel that they are missing a chance to distinguish Pristin from the dozens of quirky girl groups already in existence. If anything, they should take a look at how Dreamcatcher was rebranded and strive to be more creative and innovative like the company’s predecessors were. Speaking of which…

How many times did this group pay tribute to After School during their pre-debut phase? Wouldn’t it be great if Pristin channel the spirit of Pledis’ flagship group of yesteryear by bringing back the glory of After School? I get that After School was popular during a different era and what worked in 2010 doesn’t mean it’ll work in today’s scene. Girl crush concepts have all but faded away and the ones that crop up nowadays are a bit watered down. 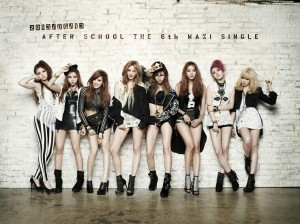 I’m not saying Pristin should imitate After School’s style or concept but that it should replicate After School’s fire and tenacity. After School absolutely brought it with unbelievable live stages and an unparalleled commitment to concept. From forming a drumline to tap dancing, and eventually to pole dancing, the group underwent a complete transformation with these comebacks. They never failed to go where no group has gone before and they’ve even got the bruises to show for it. This is the type of commitment and daring that was a signature of After School, and it’s what’s currently missing from Pristin.

Pristin should learn a skill and put it on full display for their comeback. It doesn’t need to be as outlandish or risky as pole dancing but it should definitely be eye-catching and fun. Since After School already formed a drumline, maybe Pristin can expand upon the marching band concept by being the color guard and do twirling tricks with flags and batons. Not only will it be paying homage to their seniors, it’ll also be a reminder that creativity and ingenuity is what separates Pledis artists from the rest.

Readers, did you like Pristin’s debut? Do you think that Pristin needs an image and marketing overhaul? Who’s holding out hope for an eventual After School and Orange Caramel comeback?

Pristin V’s “Get It” Does Not Have It