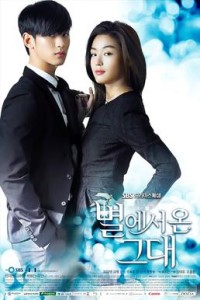 Korean television shows have been making it big in China with My Love from Another Star, The Heirs and My Lovely Girl all becoming hits. Furthermore, Chinese remakes of popular Korean dramas are already in the works from Queen InHyun’s Man to Full House. As interest in Korean drama rises, it creates new opportunities for actors and to promote in China.

Furthermore, Korean actors/actresses appearing in popular dramas are scoring large endorsement opportunities in China. Kim Soo-hyun and Jun Ji-hyun cashed in big with their roles in My Love From Another Star when they were commissioned to sell products from big name companies such as Coca-Cola, KFC chicken and Samsung phones in China. With popular Korean actors now being sourced to sell products, the idea of Korean actors being cast in Chinese dramas now seems bankable.

Both After School’s Nana and Girls Generation’s Yoona have taken roles in Chinese dramas; Nana is appearing in the Chinese remake of Queen InHyun’s Man and Yoona in the Chinese historical drama, God of War Zhao Yun. Rain, Song Seung-hyun, Lee Joong-ki and Super Junior’s Siwon have also partaken in acting in recent or upcoming Chinese movies. With this increase of Korean actors taking on acting roles in China, it is clear that Korean actors and idols are ready to challenge the Chinese market.

For now, promotion in China seems uniquely suited to those who have other activities within the country. The interest in K-pop has grown though out the world and as a result it has lead a lot of idol groups such as Super Junior, JYJ and Girls Generation to hold concert in places like China. Acting roles have the ability to bring more interest to an idols group activities and give them endorsement opportunities. Furthermore, Korean drama has become a hit within China; One episode of My Lovely Girl sold for $200,000, overtaking You Who Came From The Stars at $40,000. For that reason, acting in a drama in China could boost the profile of the actor within the country and bring international interest to the work they do in Korea. This situation is quite reminiscent of idol actors, who use dramas to increase interest in their group or solo music activities. It is the same when producers and directors use the popularity of an idol or actor to bring viewers to the show. 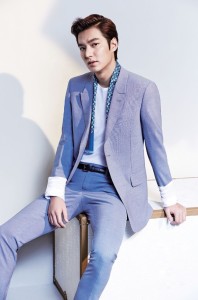 Korean actors are basically used for their good looks and international appeal to bring interest to the Chinese film or TV show. Lee Min-ho was voted the most wanted Korean Actor to partake in a Chinese drama; with the popularity of the drama, The Heirs, it is no wonder why he was picked. Clearly he has the popularity to draw in interest if he were to partake in a Chinese drama. However, is looks and popularity enough to sustain that interest?

Usually there would be the expectancy that these actors being commissioned in foreign dramas would have to be able to speak the language. However, this is not the case with Chinese dramas. An actor’s voices can be dubbed over with that of someone fluent in Chinese, while they act out the lip movements and expressions. It’s sort of like lip synching except not to music. So, does this make acting easier or harder? For the actors, it makes it easier to promote within China — dubbing allows them to act in China without learning the language. However, the actor’s performance can sometimes be distorted through the use of dubbing.

There have been some expressions of discontent with Korean actors being cast instead of Chinese actors by the Chinese public. Dubbing sometimes feels too unnatural and can often deviate the interest away from the movie. Just like when idols draw criticism for their acting skills, Korean actors run the risk of copping flack for their acting with dubbing compared to that of a Chinese actor who is fluent in the language. Though these big names draw in interest, if they cannot deliver a convincing performance they are of course going to get criticized.

The trailer for Rain’s upcoming movie, For Love or Money, looks promising; it sets up a thrilling and heart-pumping premise for the film. The desperation, love and urgency expressed by the characters comes across vividly with each new scene in the trailer. Maybe there is hope that Korean actors will not only see Chinese dramas as a way to boost their international star power but will also take it as a serious acting venture, allowing them to win the hearts of the Chinese public.

The Hallyu wave is still spreading at an alarming rate as actresses and actors push its boundaries to reach different countries. Despite the differences in culture and languages, actors have been given the opportunity to use their popularity to develop careers in other countries. Now, lets hope they use it wisely.

What are your thoughts on Korean actors in Chinese drama/films?