By-"Stan"-Der Blues: When You're Just Not Into Them 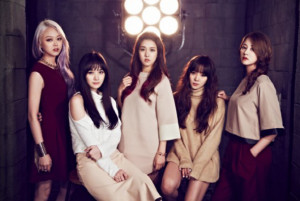 Imagine yourself in this scenario: You and a friend are watching another K-pop awards show. The category for Artist of the Year is about to be announced. Both of you clasp your hands together in solidarity, secretly hoping to hear that it’s your favorite group. The MCs clumsily open the envelop and stumble over their unrehearsed jokes that incite groans from the audience. Finally, the big moment arrives, and the winner is…not your favorite.

Your friend, on the other hand, appears to be screaming her lungs out because the group is her favorite. As this dark reality comes into play, you find yourselves on the opposite ends of K-pop unity for the first time. It’s the oddly timed fart that seeped out during the most inappropriate time. It’s that taboo subject fans never wish to acknowledge. It’s the By-“Stan”-Der Blues.

It’s understandable to love your group so much that you assume everyone on the planet must also love this group. After all, your groups are the best on the planet! Who would dare call your favorite idols boring? Those people must burn for the sin of not loving your groups! Look, put down the torch for a minute. We need to address some things.

As a Non-fan, I’m not here to deliberately hate your groups, unlike my quirky, chill-free cousin, the Anti. Simply put, there are certain groups who never lifted my emotions into the stratosphere. Why this occurs is for a variety of reasons, but the better question is why does that matter to any of you? Is your group so weak that one less fan is going to result in its demise? If that’s the case, I could be justified in my feelings. It hurts to see a group you loved suddenly vanish from the scene. This is not about that though.

This is about how it feels when you feel nothing for a group. You don’t hate the group. You don’t like the group. The group is just another group as far as you’re concerned. K-pop has so many artists in all genres that it’s unrealistic for anyone to love them all. Anyone who tells you that is hiding a secret existence as a Non-fan. 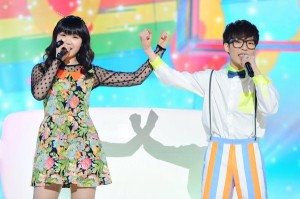 Being a Non-fan is beyond awkward at times. Ever try holding a conversation with your friend when she suddenly screams over a SNS status update from her bias? There are some groups you both enjoy so you assume that it’s from one of them, but then she names that group. You know the group. That one you’ve seen all over social media. The one with the rabid fan base that dedicates hours to creating gifs and fan-made videos exalting their beloved idols. Yes, that group. The one you don’t like, but you don’t hate either. This is where the conversation takes its ugly turn down Please-Don’t-Make-Me-Listen-to-Them-Again Avenue.

You know the routine. Your friend now insists you play that video again. Yes, that one. The one you didn’t like the last hundred times she played it for you. The one you won’t like after a thousand more views. The one she always plays. Always. Plays. This madness must end.

In your head, you consider your options. You could scream at her, but that’s immature and unnecessary. She’s only excited about this group, so her feelings are valid. For her. Not you. Sensing danger ahead, you come up with a series of believable lies to excuse yourself from the situation:

“I forgot to feed the dog.”

“I have a doctor’s appointment.”

“My mom needs a ride home from work.”

“I have to appear in court for a traffic ticket.”

As badly as you feel about this, you feel worse for not being able to share in the fan love over this group. Why can’t I just like them? Why do I have to be one of the few who doesn’t care about them? It’s an alienating feeling, but you are not alone. There may not be any support groups, but rest in the acceptance that you are not a monster because you didn’t love Akdong Musician‘s “Melted” as much as others may have. 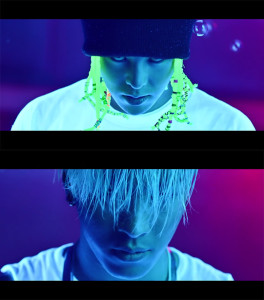 You’re allowed to leave the room when “Overdose” or “Empty” plays. It’s fine if you’ve never heard of Spica, but you recognize a couple of their songs that you like. You can be a VIP and not like “Good Boy” because it wasn’t best song from G-Dragon and Taeyang. You can be an I Got7 and dislike that fandom name but love Got7. You are also not required to like any of the groups from the Big Three. Your feelings, or lack thereof, are valid and should be respected by everyone. How you respond is another discussion for a different day, but no one reserves the right to chastise you for not liking everything.

The year-end reviews have yielded many comments in support or against what the writers chose as their favorites, but nobody is wrong for those opinions. The reason K-pop is able to flourish as it has is because so many of us like a variety of music and refused to be pigeonholed to listening only to music from our countries. That is why it feels strange when someone accuses you of hating K-pop because you don’t like a particular group. Since when did not liking a group equate to hating all of K-pop?

The perils of being a Non-fan are possibly just as bad as, if not worse than, that of an Anti. The problem here is that antis deliberately incite riots by spreading false rumors or trending nasty hashtags directed at these beloved idols. Non-fans, however, don’t want a fight. We want to be left to our apathetic emotions instead of being harassed for not screeching over MV teasers and SNS updates. We demand the right to not lick the posters on your wall. We want the freedom to say, “I didn’t like that song,” without it resulting in a full-scale fan war. It’s a few songs. It’s a few groups. Non-fans are few in numbers. Your favorite idols will survive without us as fans. That’s why they have all of you instead. Love them for us because we can’t be forced to do it for you.