Take a Seat with Crush's "Sofa" 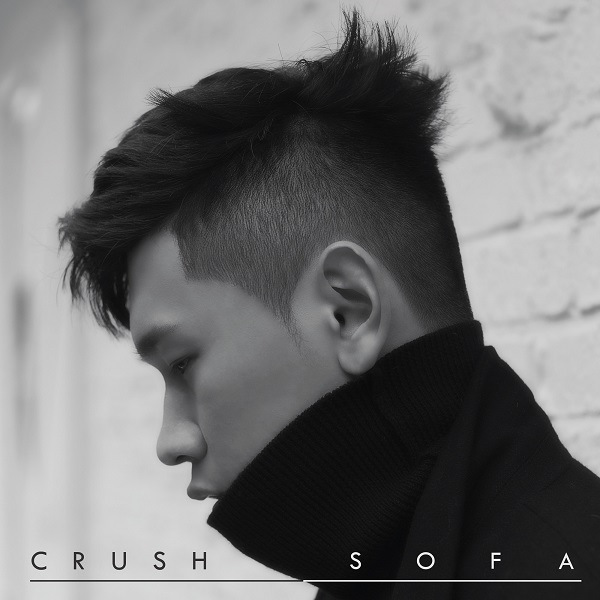 One of K-pop’s most refreshing R&B singers, Crush, is back to serenading us through our screens with his killer ballad “Sofa”. Crush takes a different angle in “Sofa”, without the synthesiser from “Sometimes” or the grinding rhythm of “Hug Me”. The change in his third solo MV is well-executed, with Crush showing no sign of faltering.

The song opens with a flourish of violins, reminiscent of an old film like Casanova, with Crush slowly fading into the scene from amidst the dark. His voice hesitantly pipes in, as if he’s struggling to get the words out, setting a tender tone from the beginning. Crush’s songs always manage to strike a balance between gritty and smooth, thanks to his chocolaty voice being contrasted with the songs’ strong beats. “Sofa” features this distinctive style of his, but is still a few shades softer than earlier songs.

The song has a pleasant build up, transitioning between soft to passionate. His vocals eventually pick up as the song gets more intense, flaunting the full scope of Crush’s vocal abilities. When the beat drops in the chorus, you can’t help but nod your head along, brows furrowed at how sad he sounds even though you have no idea what he’s saying. The song fades out as Crush suddenly takes it down a notch, sounding vulnerable again. That’s the kind of moment that can send a chill down your spine, made even more intense by Crush’s genuine emoting. Musically, the song borders on perfection due to its simplicity and sensitivity. Amoeba Culture and Crush might have wanted to rethink the abrupt ending of the song, which was awkward and jarring, but regardless of this fact, Crush has succeeded in laying down an engaging and moving ballad.

The softly glowing video is used as an accessory to enhance the song, rather than a crutch for the song to stand on. Crush knows that anything other than visual subtlety and maturity would only bring down the song. The stylish video features Crush as the only smattering of colour in an otherwise drab, grey room littered with abandoned sofas. 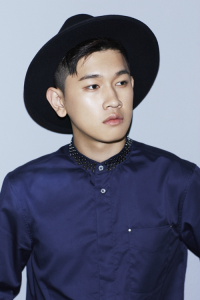 The little metaphorical clues in the video convey Crush’s post-break up story, with him apparently retreating into a life of bumming around on the sofa after losing his lover. Crush being the only bit of colour in the room perhaps implies that he’s trying to hold onto a scrap of hope in his miserable situation. The sofas in the beginning of the MV are covered in plastic sheeting, in the same way a germaphobic great-aunt might attempt to keep her furniture spotless. This motif hints at Crush’s desire to preserve the memories of his estranged lover by wrapping them up and refusing to let go, like some sort of creepy personal museum exhibit. We then see a door with endless letters piled up beneath it, either suggesting that Crush has totally withdrawn from the outside world and doesn’t even check his mail, or that his lover cannot be contacted any more.

A look at the lyrics, coupled with Crush’s emotive voice, is a double whammy to the heart. We see the somewhat clichéd image of a heart monitor, with Crush posing the ominous question “Will my heart stop if I hold in my breath?” The amount of sofas in the warehouse-like room emphasises his loneliness, as he sings:

“I couldn’t fill it up alone
The longing that spread throughout the room.”

The lyric “There are only dusts of regret left” subtly refers back at the idea of wanting to keep your sofa dust-free by using plastic sheeting, and also depicts the squalidness of his new loveless life. Those with keen ears will be happy to hear the small English play on words, as Crush sings “You’re so far away,” playing on the sound of ‘sofa’.

The necessity of duplicating Crush at the end of the MV is questionable, however. It ends up detracting from the effortlessly engaging nature of the rest of the video. With a voice as pure as Crush’s and a ballad so refreshingly stripped back as this, you don’t need visual tricks. It was, in fact, rather awkward to see half a dozen Crushes in the same frame, writhing with emotion in the exact same way while singing.

“Sofa” is different enough from Crush’s prior work to be interesting, but still retains his distinctive hallmarks. Toning the song down showcased Crush’s vocals, with no swish dance moves or cameos from his famous friends as seen in previous videos. “Sofa” featured just Crush, his voice, and a pretty eye-catching furniture catalogue. Crush has always been mature and classy, with this absolutely goosebump-worthy showing everybody what this relatively new soloist can do.